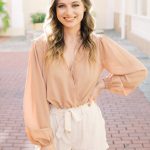 Julian and Betsy’s rehearsal dinner took place at The George Town Club. They started downstairs in the Garden room for cocktails. During cocktails Betsy had a surprise for Julian, which she let us know about prior. Apparently Julian is a huge Miami Hurricanes fan and while they were planning wedding 1.0 that was going to be in Florida, he always joked about having Sebastian, the mascot, attend their wedding. Fast forward to wedding 2.0 in D.C…. Betsy brought the Miami Hurricanes to Julian. She had the dance team, The Sunsations, put together a short congratulatory video for Julian and it was played during their rehearsal! Julian was definitely surprised!

Later on they moved upstairs for dinner where friends and family shared stories about Betsy and Julian. One of Julians groomsmen gave a speech, during which he gifted Betsy and Julian their own personalized championship rings. Together they spelled out “Hoffman” and were Miami Hurricane colors!

It was so great getting to hear everyone’s stories about Betsy and Julian and made me that much more excited to celebrate their wedding day!