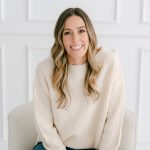 For the past few years I have been working on the weekends surrounding my birthday. I told myself next year I’m going to take time for myself to celebrate. But then we got an inquiry for a destination wedding in Bimini, Bahamas that I surely couldn’t pass up! Stephen and Kerianne were such a breeze to work with from the very beginning. This was their second marriage so they were really focused on what matters the most. Going with the flow and having one heck of a time in a place that is dear to their hearts. Stephen owns a charter boat and often visits Bimini since its a quick ride from Ft. Lauderdale!

Whitney and I first shot together at Arielle and Steve’s wedding at the Hammock Beach Resort! We were like a dynamic duo! We compliment each others work which is great for our couples! So, when Kristen got the call from Stephen and Kerianne for their destination wedding she was quick to refer Whitney and I as a team! Now if you haven’t been to Bimini before you have to take the ferry which only runs every other day. Because of this we were scheduled to be in the Bahamas for four days – what a vacation, right!?

Well, mother nature had other plans for us…How about a hurricane in the middle of November! We found out about this hurricane a week before their big day. News sources said it was supposed to hit the day before their wedding which meant the ferry wasn’t running. I thought for sure our couple would be a nervous wreck! I couldn’t be more wrong. They were as calm as can be! We had numerous phone calls to go over plan B – E in case we couldn’t get to the Bahamas. Stephen in the most Jersey accent you could imagine said “I’m going to (*beepin) marry this girl one way or another because if I don’t someone will”! From that moment Whitney and I knew this would be a fun experience!

Luckily, we were able to catch a charter flight with six other guests on the Friday before their wedding! Check out our Instagram reels for some behind the scenes! Once we got there we were on Bahama time, everything from then on was “go with the flow”. Stephen and Kerianne originally wanted to get married on 11/11 but with mother nature changing transportation plans it wasn’t likely all guests would be there. They decided to have a casual elopement like ceremony on the beach instead! With their maid of honor and best man by their side they exchanged vows.

After their vows we took some portraits of them with the most beautiful background of bright sun and blue waters. We even got them to sit in the crevice of some rocks with the water splashing up behind them…or on them rather! Either way it was epic, they were down for anything! The following day they would have their full wedding ceremony and reception. Both Stephen and Kerianne have been to Bimini numerous times so they wanted to show us around! They rented a golf cart and we road to each end of the island making pit stops for some conch on the way!

We had a blast getting to know Stephen and Kerianne! We got to connect with them on a level we don’t typically get with our local couples. As we took the golf cart around, Stephen would stop to talk to anyone and everyone! At one point asked, “do you know him?” and he responded with “no, but I do now!” He was inviting pretty much the whole island to their wedding and Kerianne was just along for the ride! Since it’s such a small island I was curious to see how many people he just invited would actually show up. Well, surprisingly there was a family of two who actually went! Needless to say we had an incredible time in Bimini! Everyone was super nice and the weather ended up being beautiful! We can’t thank you guys enough for letting Whitney and I join you on such a special day!