Day After in Scotland Cay Bahamas

The sequel to Ashley and Roland’s Bahamas Wedding

When I shoot destination weddings, I usually like to plan some time with the couple after the wedding to enjoy the local surroundings a little bit more than what we’re able to do on the wedding day. The Bahamas was the perfect backdrop for Ashley and Roland’s session! The sky was bluer than I’d ever seen it – the water was crystal clear. I mean, honestly – it’s like nothing I’ve ever experienced.

Speaking of experiences – it was the hottest shoot I’ve ever done. Mid-July in the Bahamas, over 100 degrees outside in broad-open sunlight…. I was absolutely drenched in sweat, sunscreen and bug spray.

Ashley was up at 8am, the morning after her wedding, for Jillian to do her hair and makeup. We had been brainstorming all week on the perfect inspiration and found this amazing bronzed makeup, tousled braid and wreath of local plants. I was so glad Ashley had such a love for fashion and was willing to break out of the normal “bridal” look for a more editorial style.

The highlight of the shoot was definitely when Ashley and Roland took us to a cave on the end of the island that they would go to when they were dating as teenagers. Once they told me that they would cliff-jump from it, I knew they’d have to take the plunge. So Ashley, in Vera Wang, and Roland – jumped.

I can’t think of a better way to start off a marriage together than taking a giant leap of faith :)

And PS: The whole thing was caught on tape by Bryan and Tracey Coward from Tampa WonderWorks Film! I’ll be happy to share their video once it’s ready! 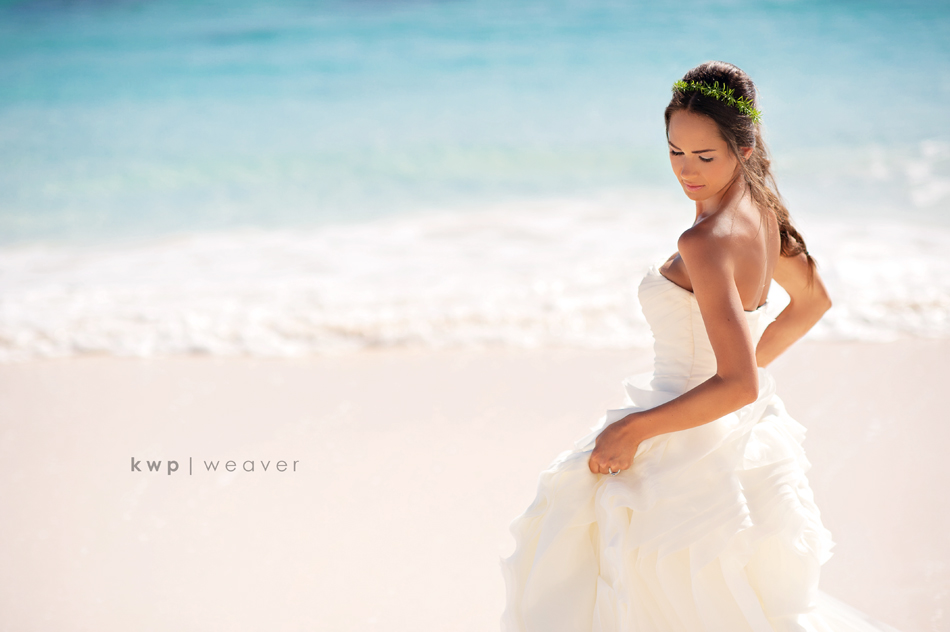 Be jealous. We actually did the entire first half of the shoot in our “backyard” – the private “vendors” beach behind our house on the island. 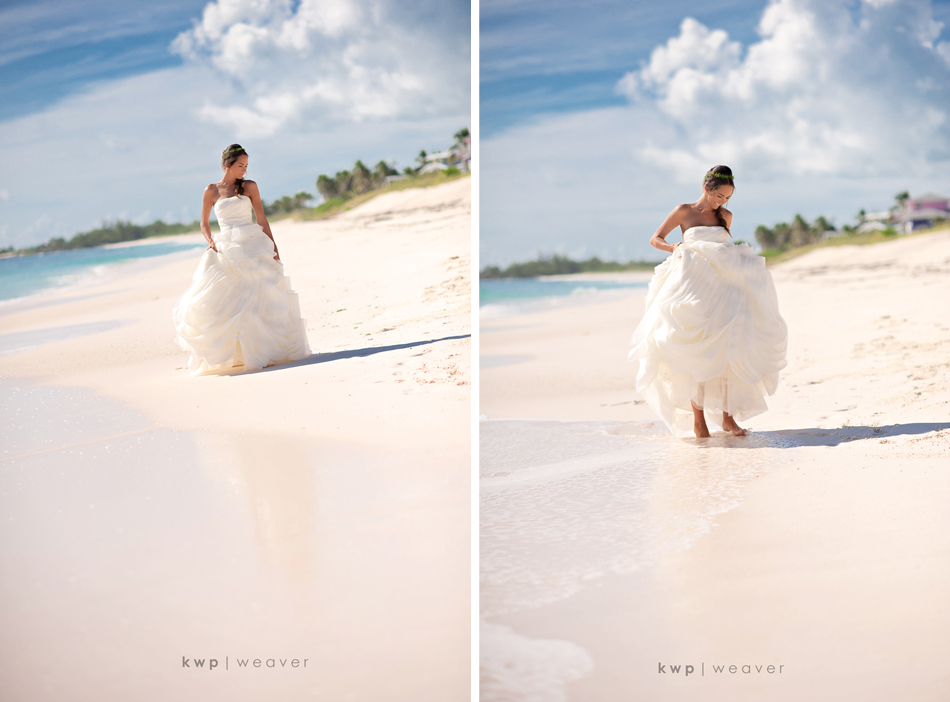 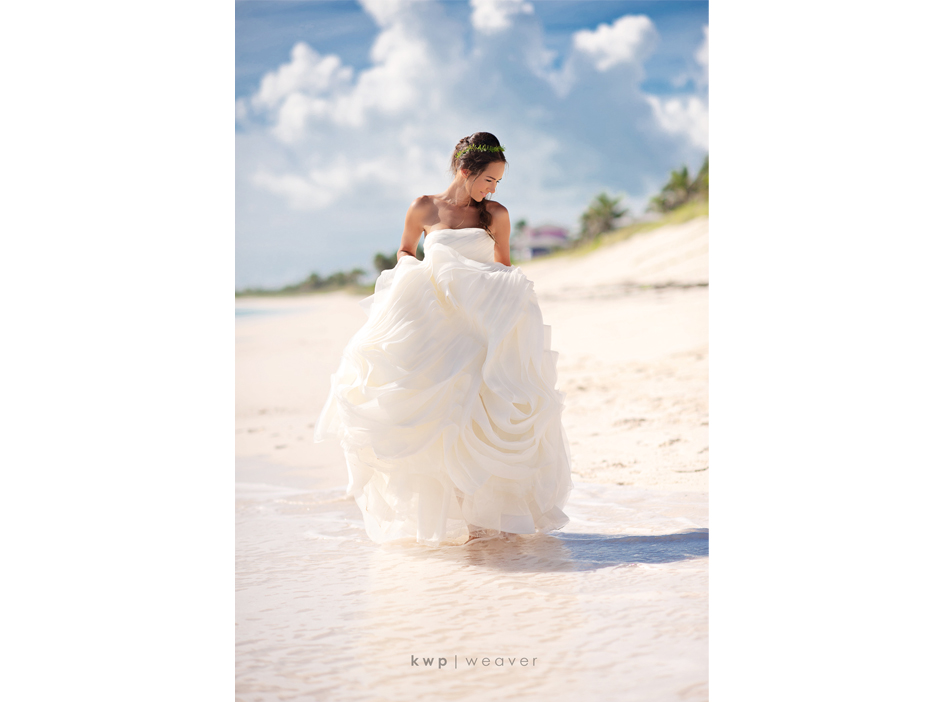 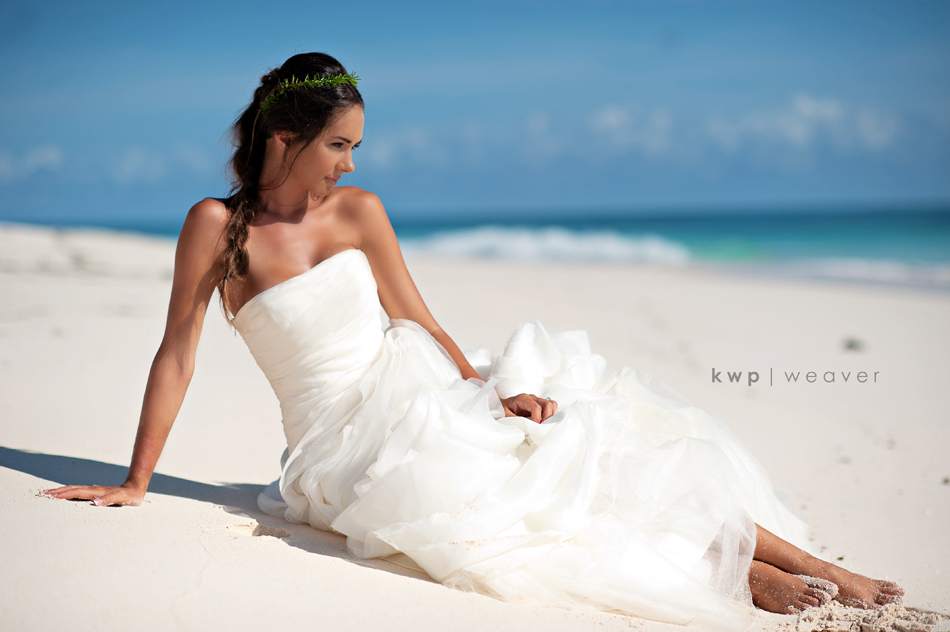 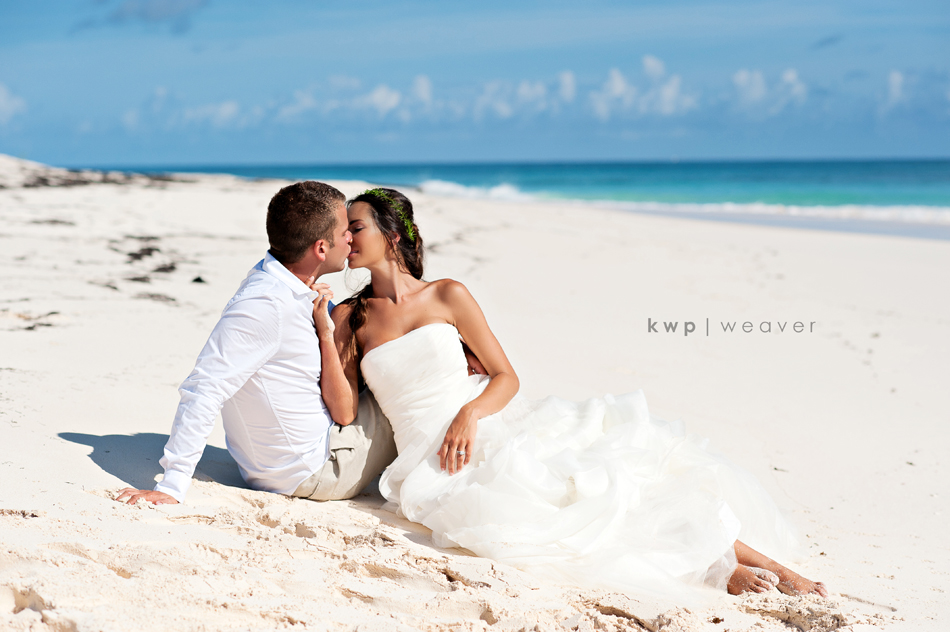 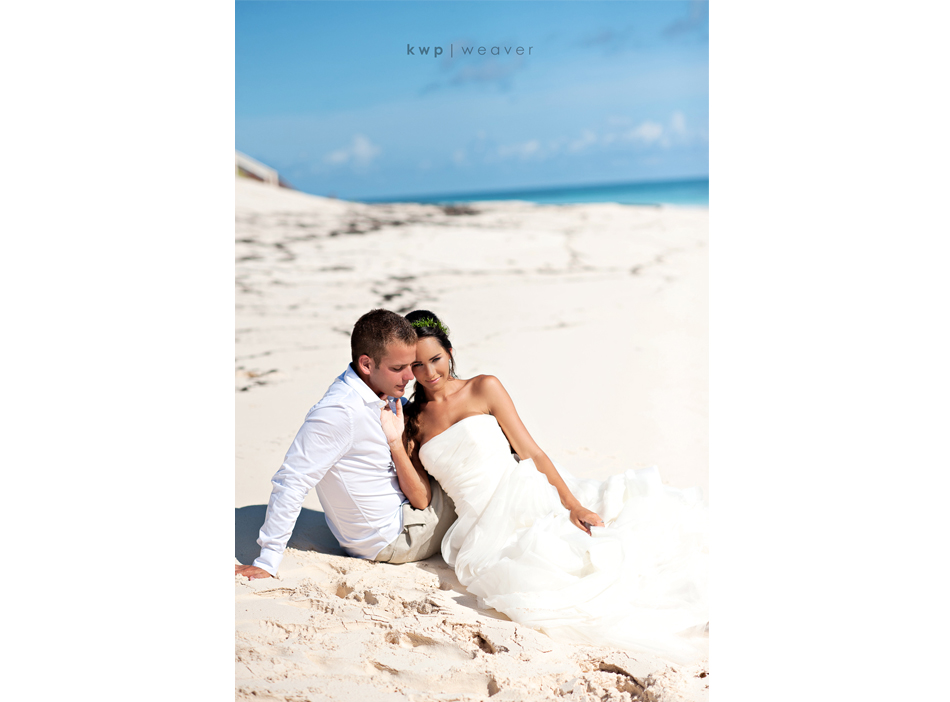 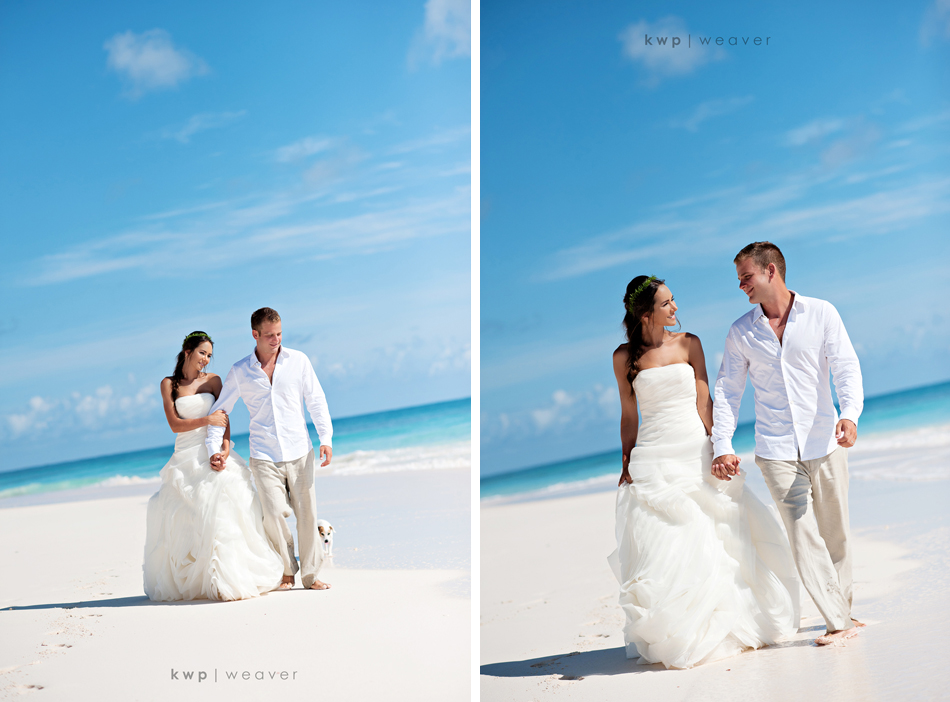 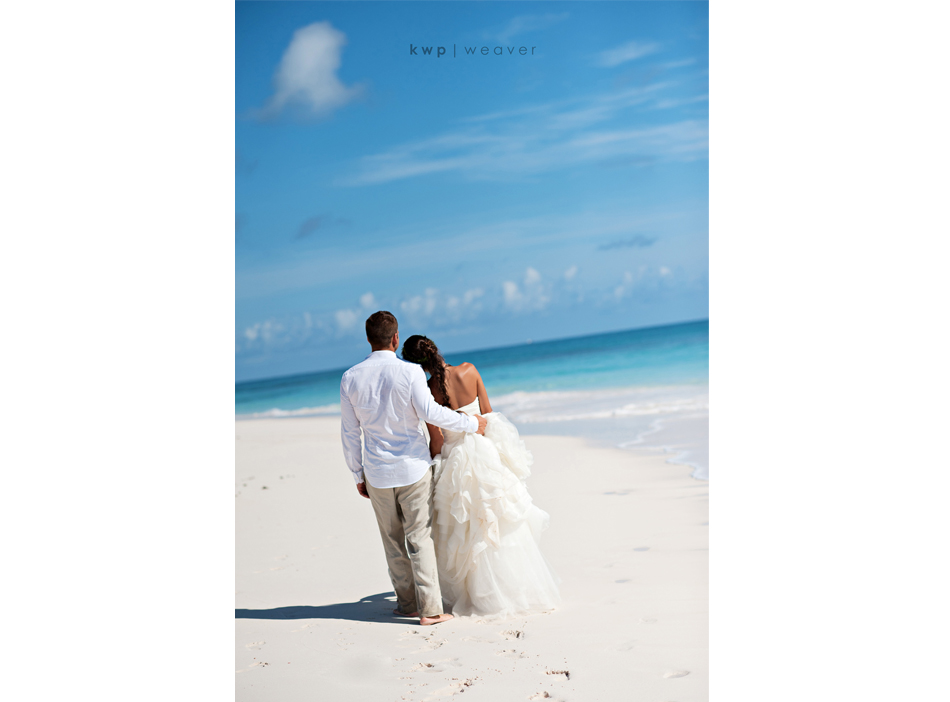 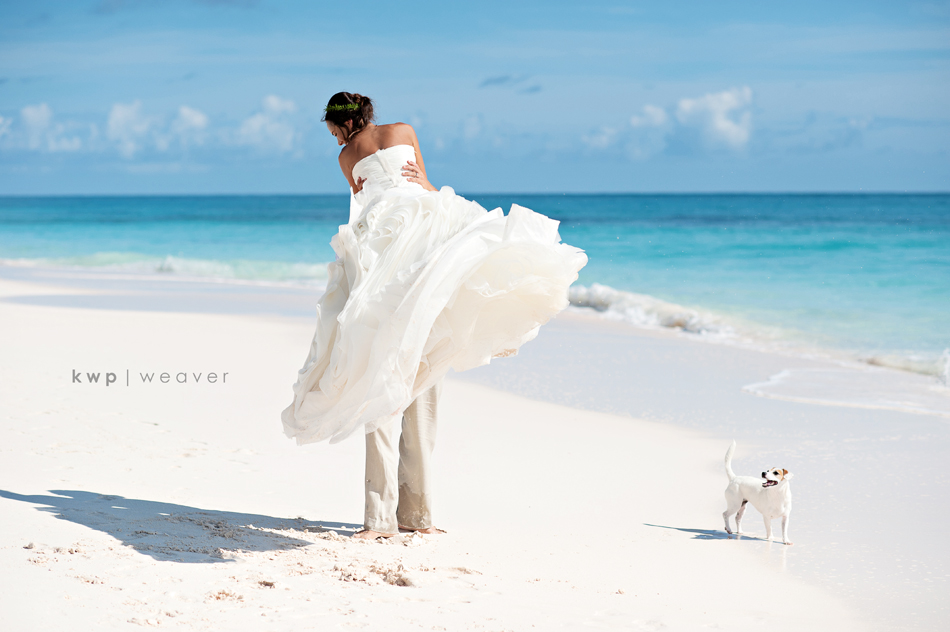 Roxy’s paw-prints were all over the beach :) 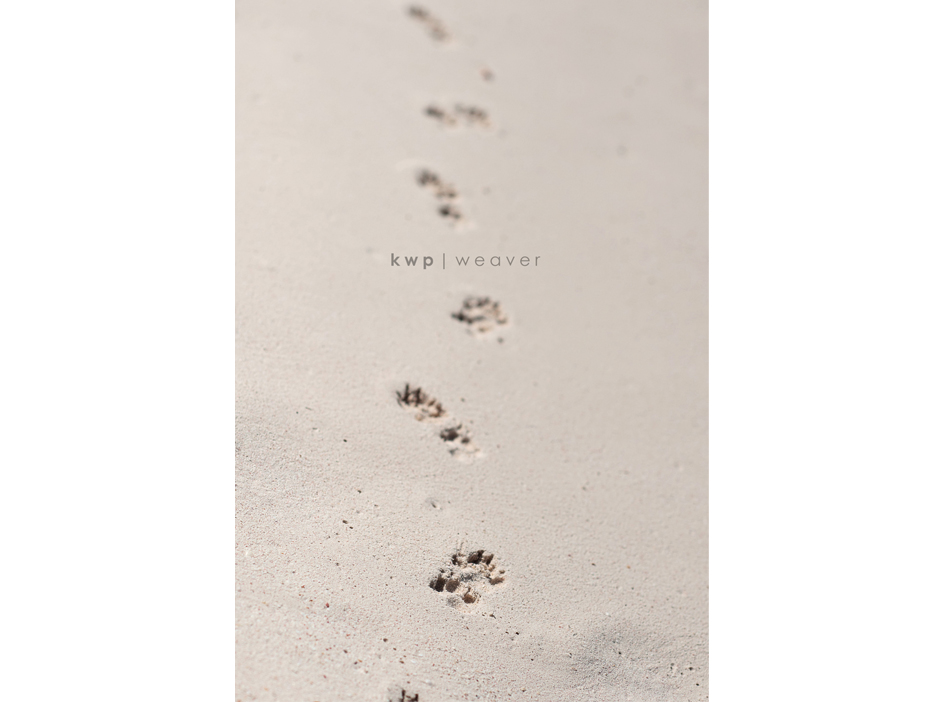 On our way to the cave, we stopped at this gorgeous cliff overlooking the island 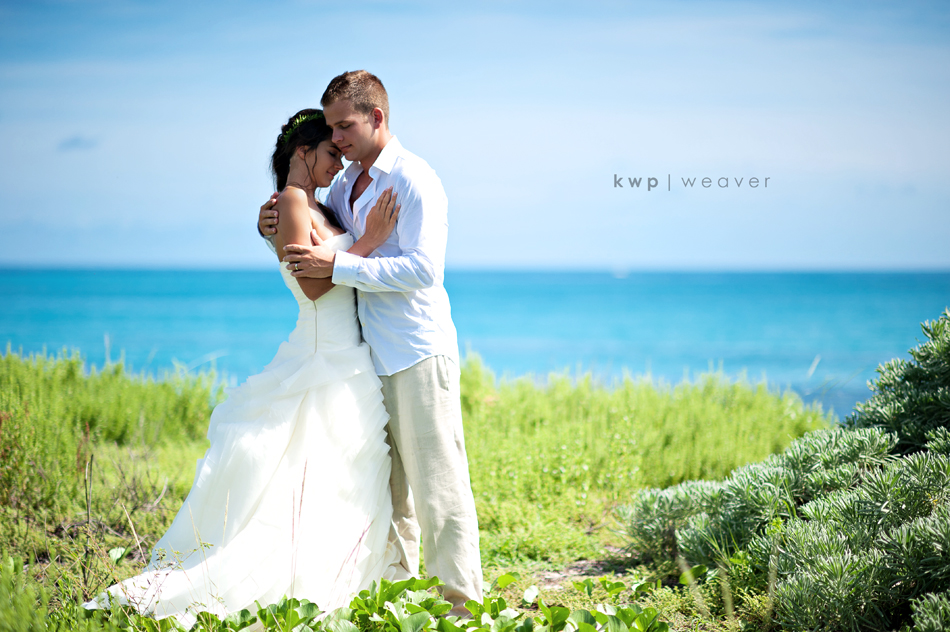 The cave was amazing, but the rocks were really sharp! We kept worrying about Ashley snagging the bottom of her dress, but it actually didn’t damage it! 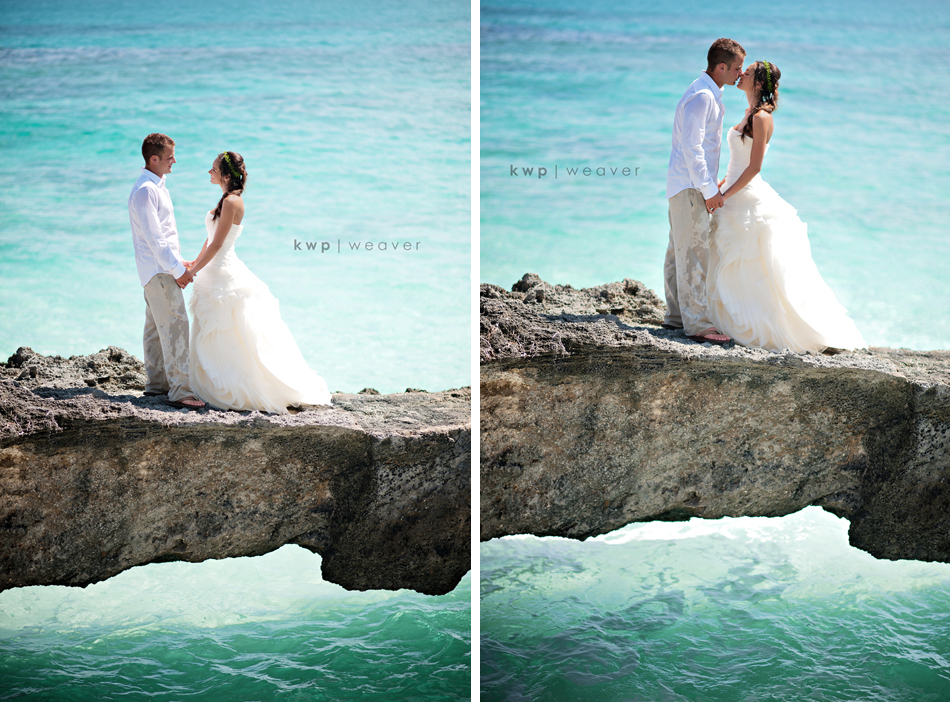 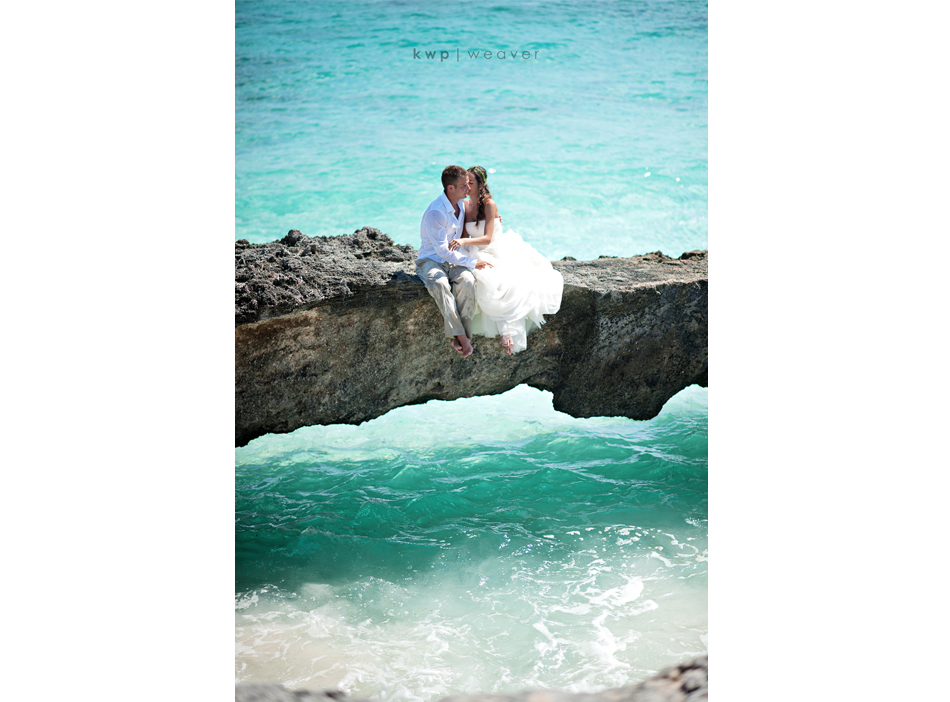 We stole Ashley back to give her a little makeup touch-up and some shade, provided by a wedding parasol. It actually doubled as a perfect diffuser! 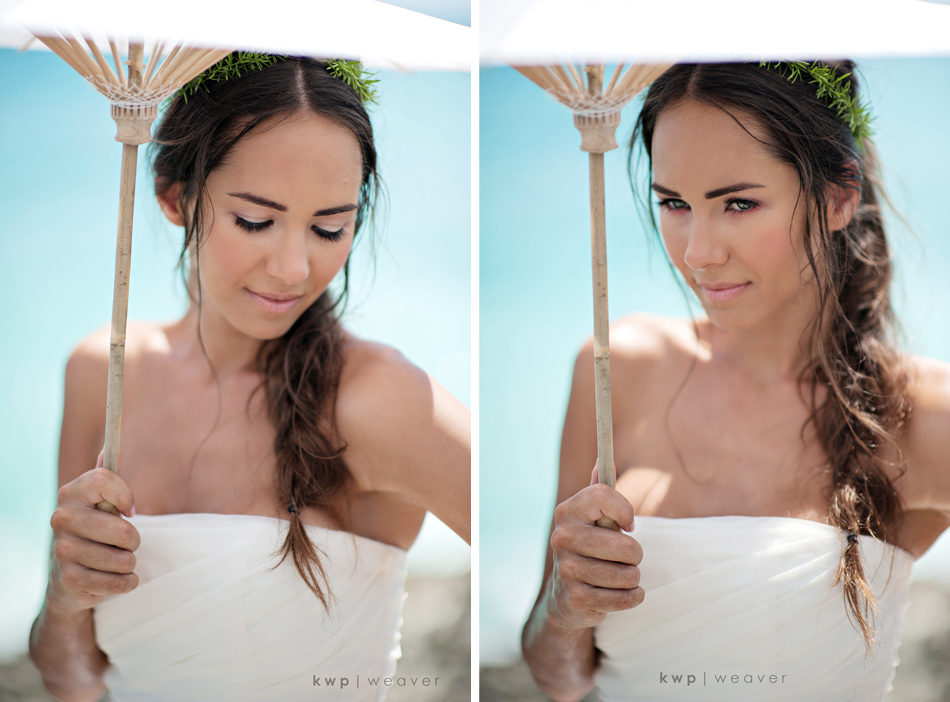 Jillian added the hint of coral under her eyes – which made her eyes look even more green and stunning! 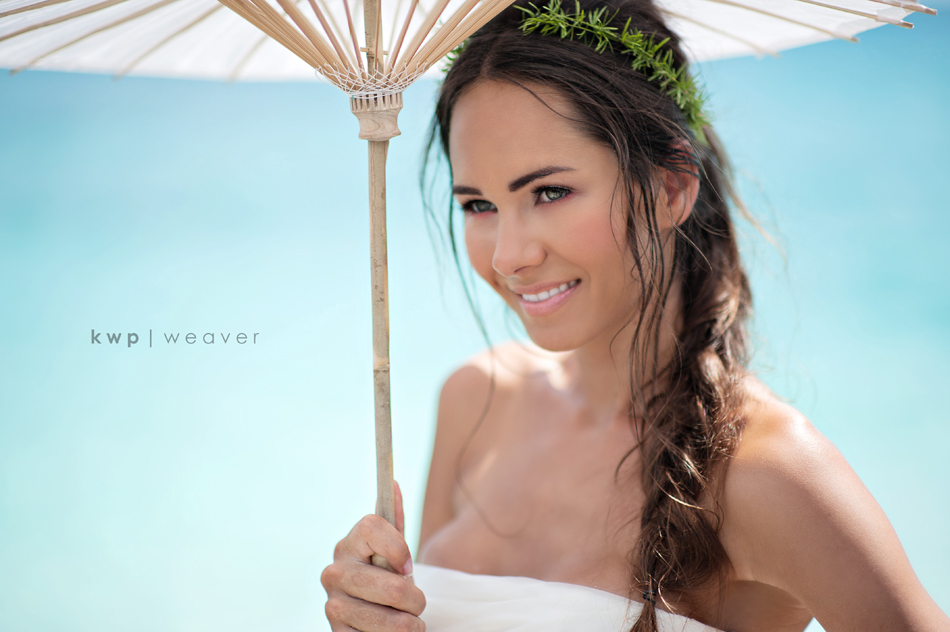 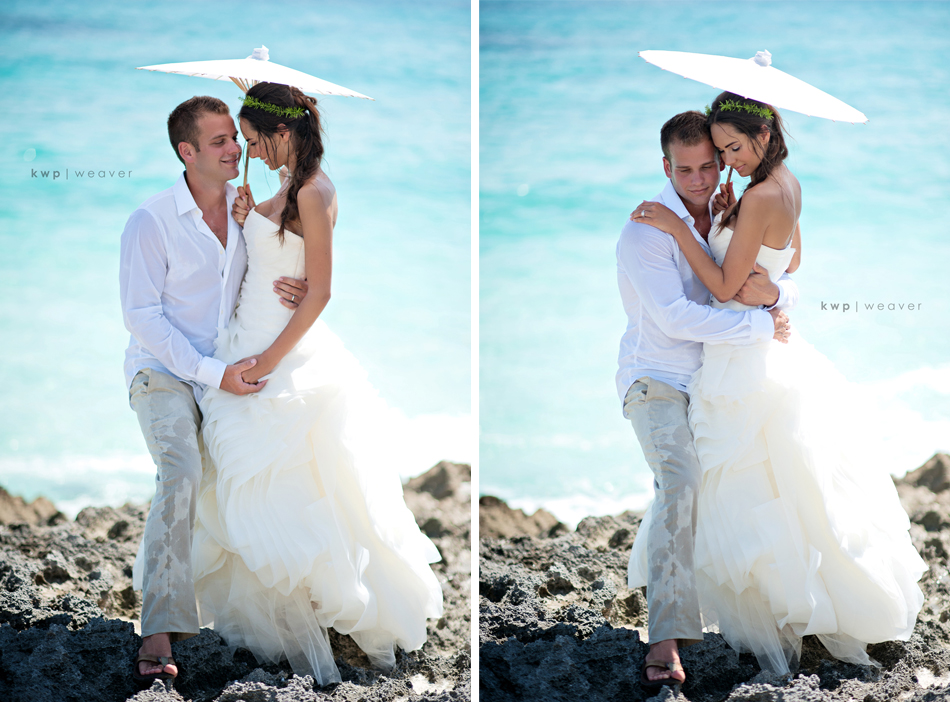 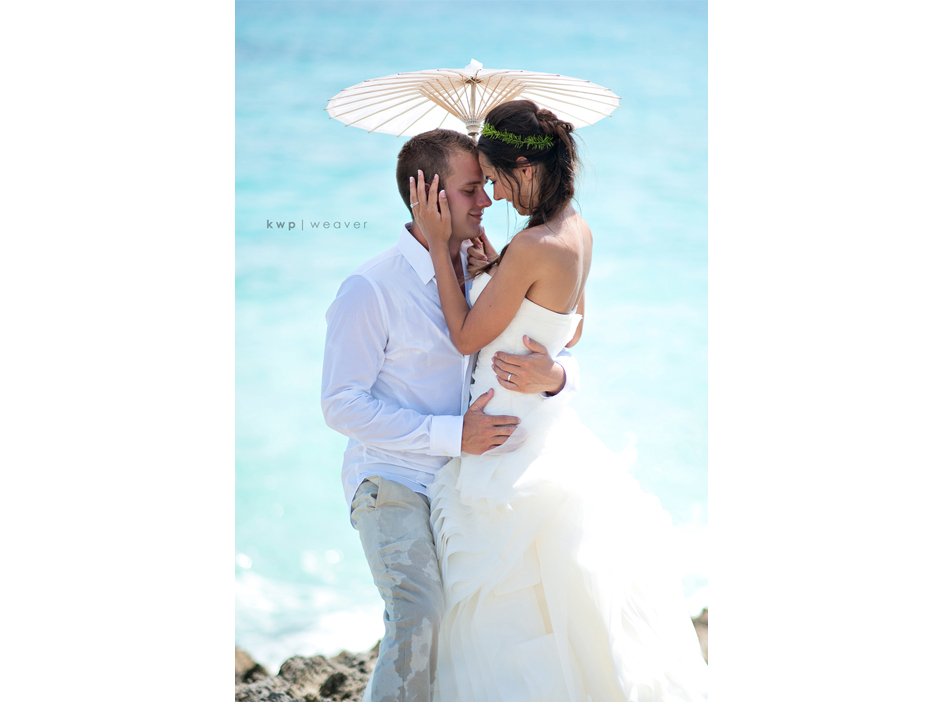 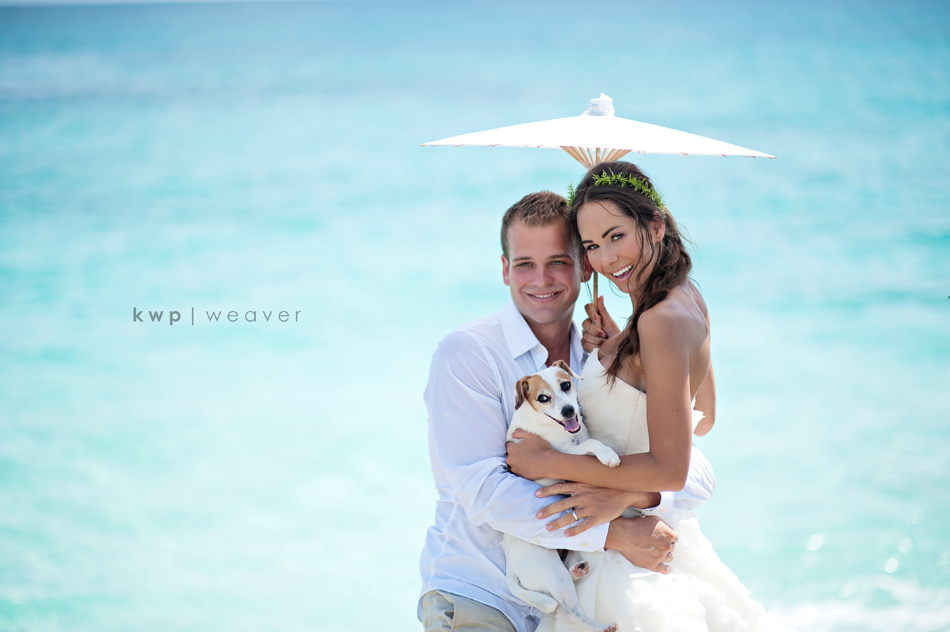 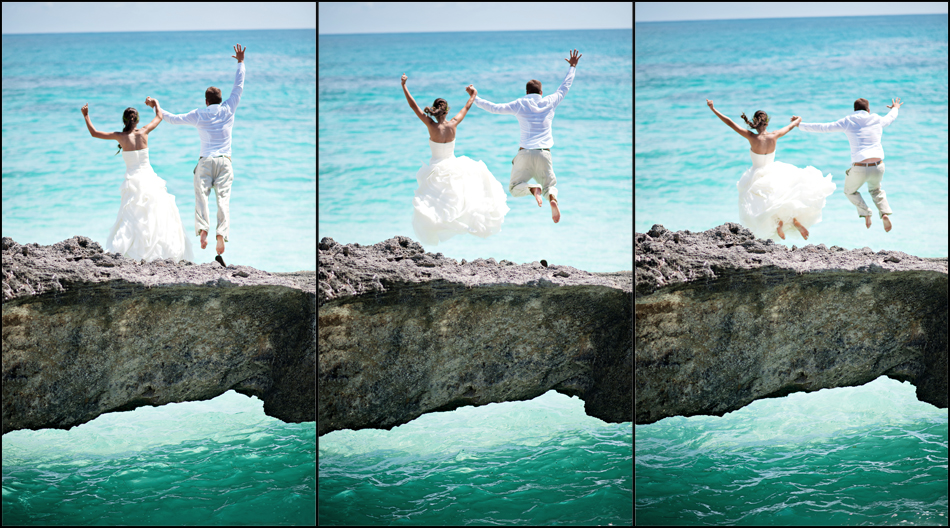 After they jumped, they swam in to the cave – but the crashing waves and the tide made it difficult to stay there for too long 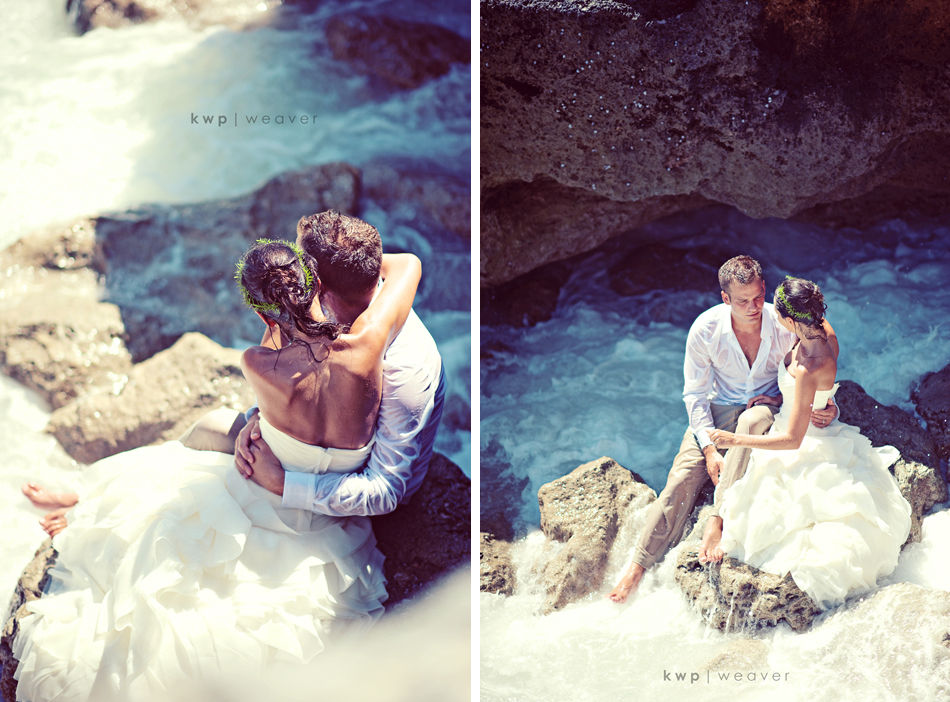 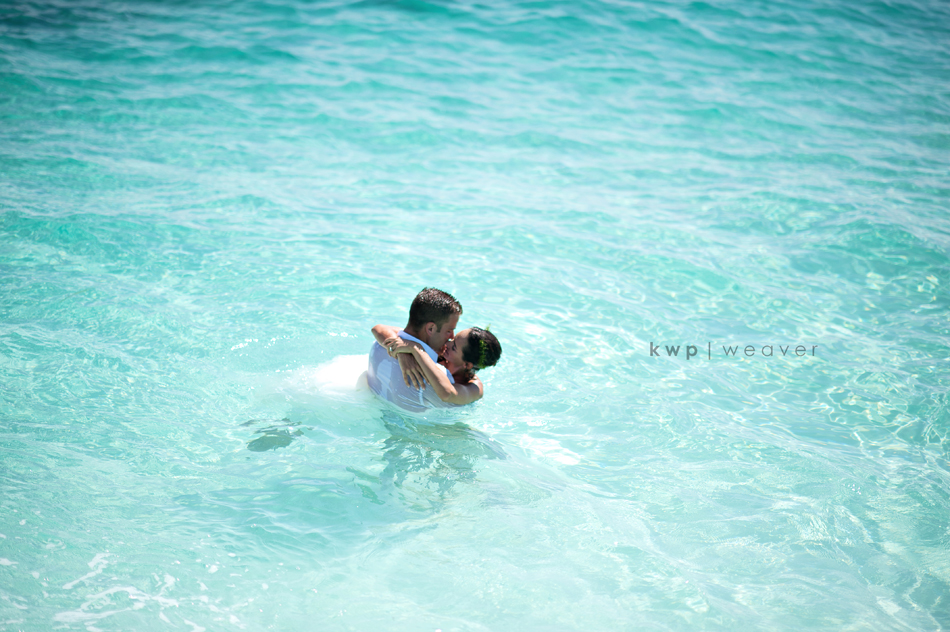 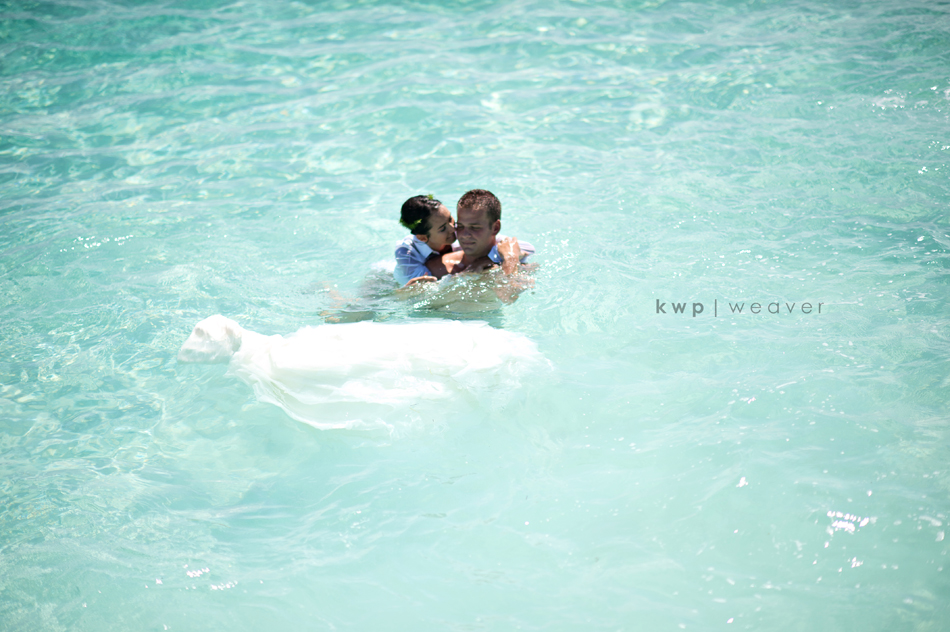