Even on vacation, I work :)

Sarah found me a few months ago and saw that I was headed up to Pittsburgh for a little extended R&R over the Holidays. When she contacted me, I knew I needed to give up a few days and head out to Pittsburgh (only about 30 minutes from where I grew up) so that we could work together. Initially, I was drawn to her unconventional beauty – dark hair, dark eyes and this quietly expressive face.

You may remember Sarah from season 6 of American Idol. When she snuck off to New York to audition, she called her father with host, Ryan Seacrest, to let him know she was given a highly sought-after golden ticket to Hollywood! This pint-size, with-a-huge-voice, vixen has since moved on to bigger things – marriage, an international recording career and her adorable pup, Hollywood! She’s beautiful, talented and an absolute sweetheart! She was such a trooper, sharing a seat in the snow with me and humoring my ideas :)

Our shoot was short, thanks to an impending Pittsburgh blizzard – but we have plans to meet again in Nashville this spring! I loved working with her and can’t wait to see her again! (I’m secretly hoping she’ll bring me out to Switzerland for her 2010 tour… hint hint!)

To keep up with Sarah, check out her blog! http://sarahburgessmusicblog.blogspot.com/

And her website, where you can hear some of her awesome music: http://www.sarahburgessmusic.com/

On a personal level – it was great to get out of my element for a bit, enjoy the snow and slippery weather and meet some new people. Sometimes it can get creatively stifling to always be in the same place, so I’m really looking forward to this year when I’ll be spending time in West Palm Beach, Savannah, Charleston, Pittsburgh, Cleveland, San Francisco, Los Angeles and Nashville. I’m hitting the road – so let me know when you’re ready to shoot!

And with my crazy workload lately, I wanted to say thank you to Jennifer Frances for retouching these in a pinch for me! They wouldn’t be nearly as fabulous without her :)

Sarah took me to our first location – a run down pottery plant. Little did she know, they were in the process of tearing it down right as we arrived! We sweet talked some of the workers (who happily traded their break to watch Sarah and snap cell-phone pics with her) in to letting us shoot around their machinery and fires. 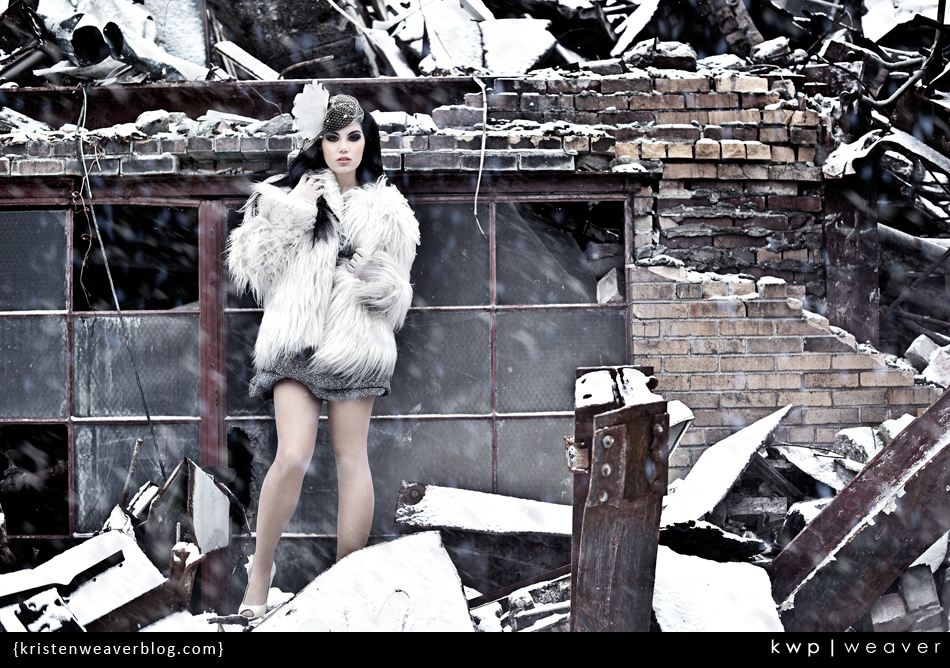 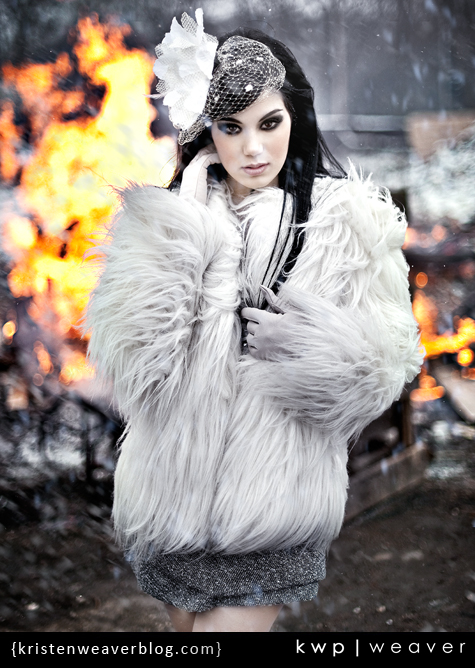 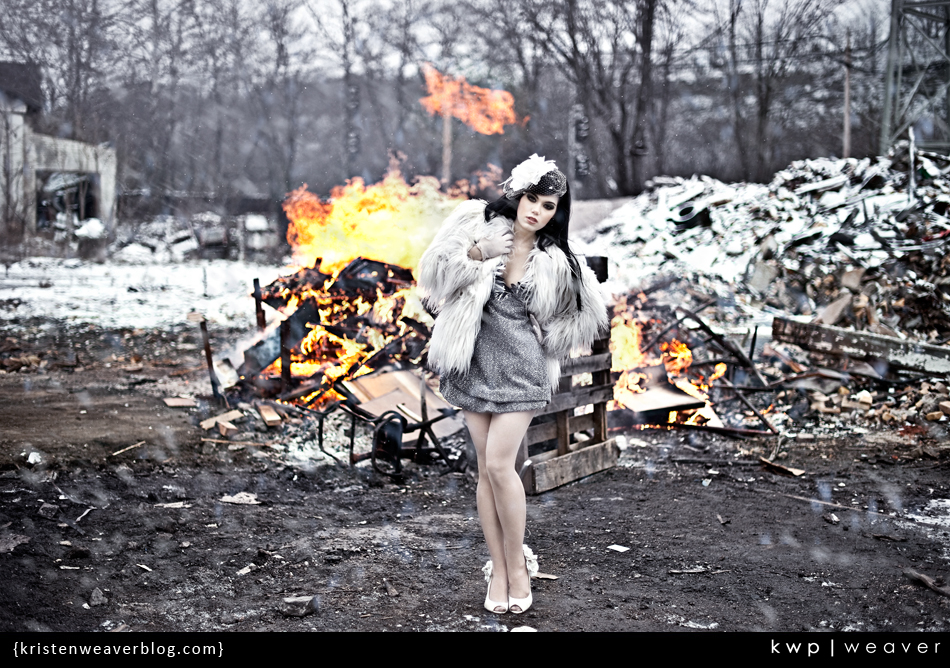 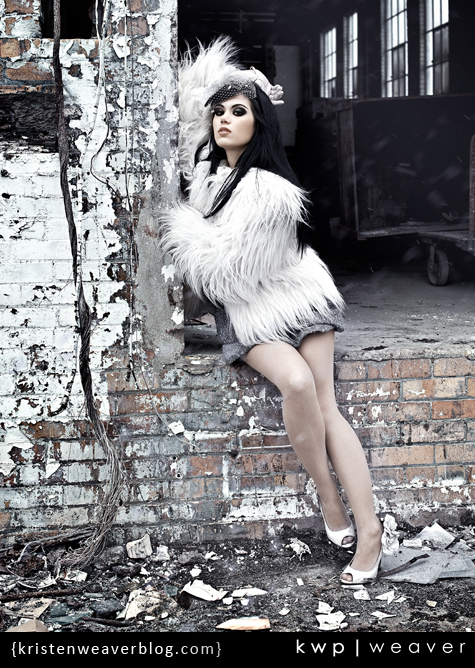 Our second location was a beautiful natural waterfall. We thought it would be iced over, but it wasn’t – leaving us to try not sliding down the unprotected hill and in to the icy water. We were going to shoot down near the bottom, but Sarah mentioned something about “a mile hike” and with the blizzard getting worse, we decided to wrap it up (lucky for me!). 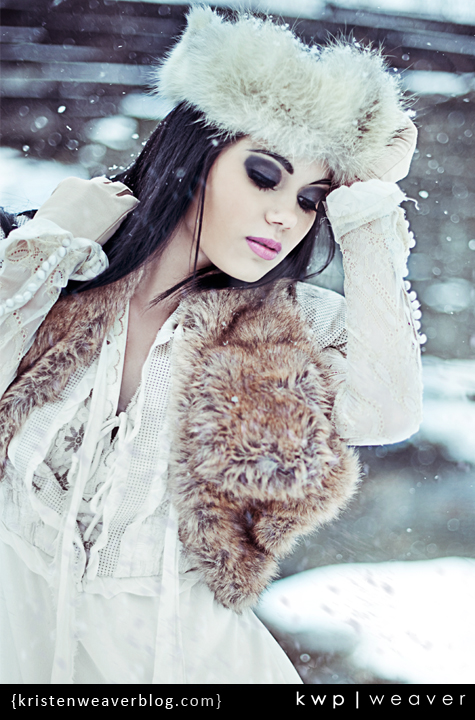 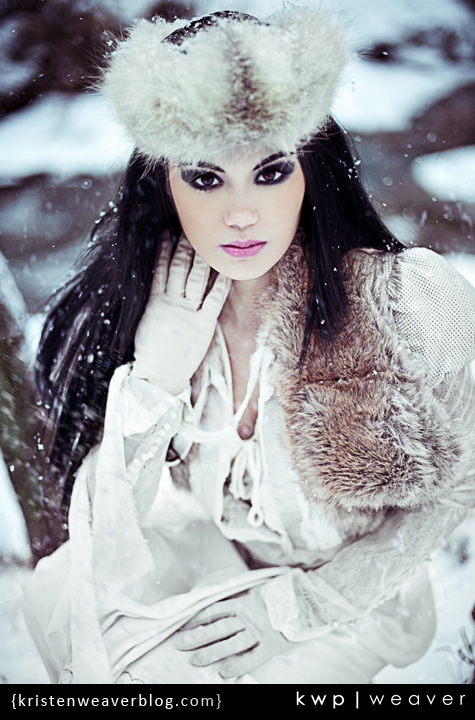 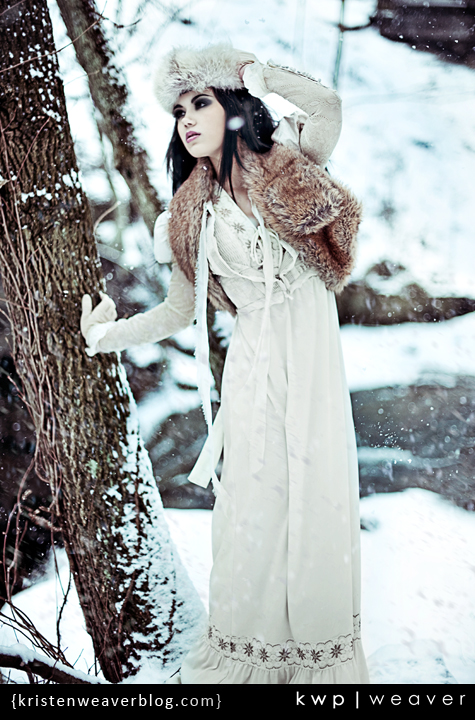 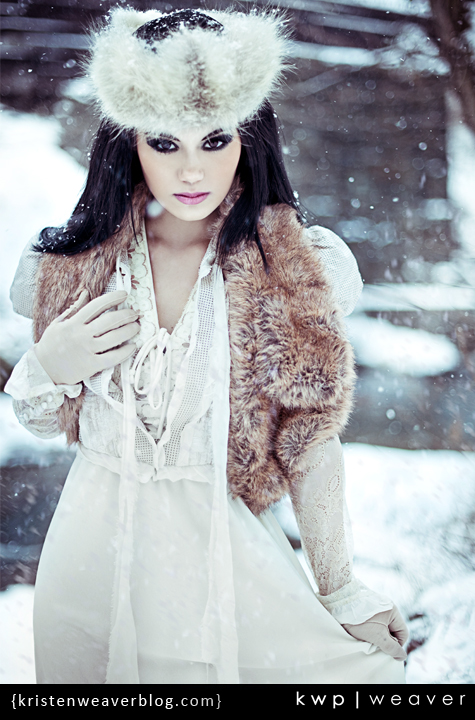 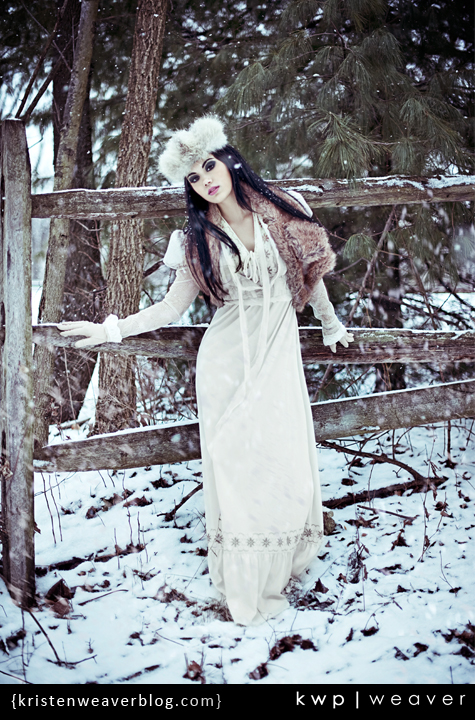 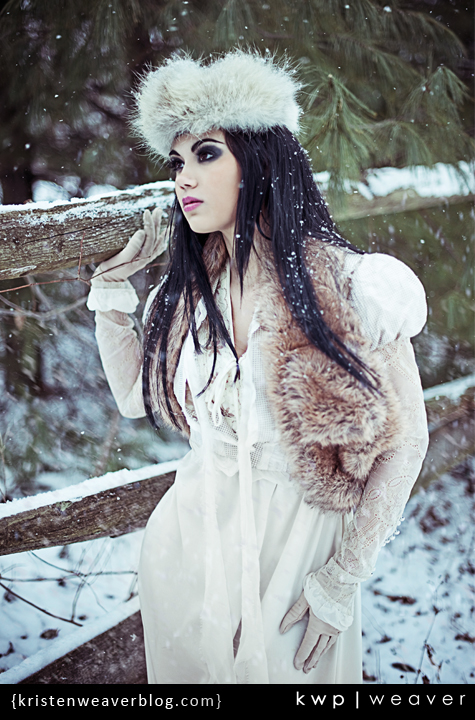