When I first met Anthony over 3 years ago, I didn’t realize the complications of coming in to an established family. We’ve had a lot of ups and downs since then, but one of the things I’ve loved was being able to bring some of my family traditions and history to them. One of those traditions, is the GOB. 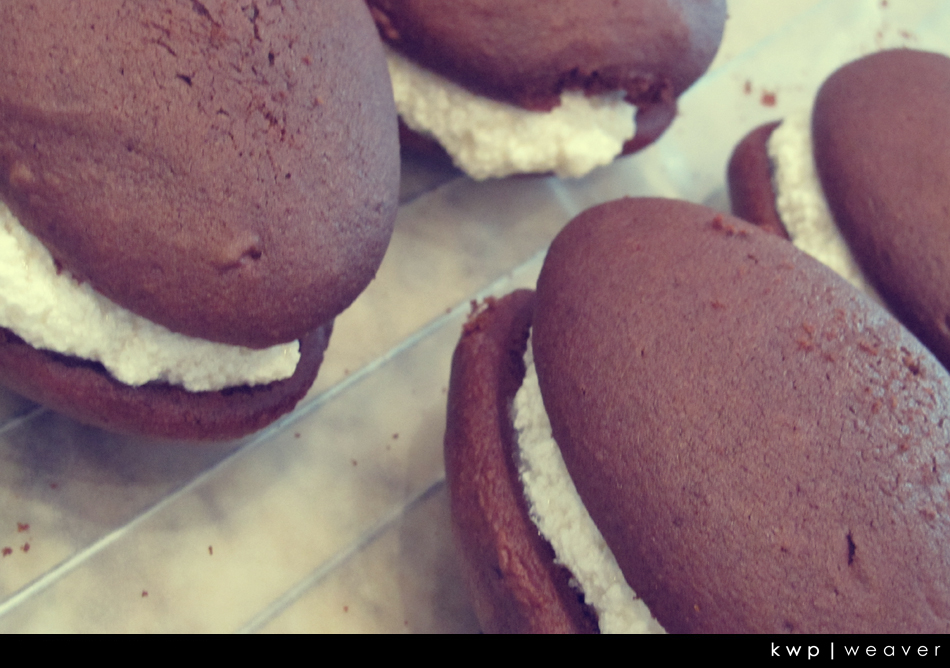 Every Labor Day, we put together a little picnic on the porch, dining room table or patio (depending on where we were living at the time) of sandwiches, pickles and lemonade. The highlight of our picnic lunch, is the GOB. Warning: this dessert is not for the diabetic.

Let me give you a brief rundown of how the GOB recipe landed in my hands.

I have a really cool family history on my mom’s side – my great, great grandparents worked on the B&O Railroad as engineers, wealthy and hard-working, one of my relative’s obituary actually said that he owned a house valued at $5,000. That was a huge deal in the 1700’s. I guess enough of a big deal to write it in his obit. Interesting.

My grandpa was born in 1908 and worked in the steel mines until the depression – when he would “make runs” for cash. (Back then, making a run would refer to bootlegging liquor during prohibition). He always wore a 3-piece suit, even when I knew him as a child. They had my mom in 1956, an only child after a few miscarriages. My grandpa was 48 when she was born, and my grandma only a few years younger.

I never met my grandma, my namesake – who passed away from a bad blood transfusion the month my mom found out she was pregnant with me in 1980. I wish I knew more about her.My mom was only 24 when grandma died, and I can’t imagine going through a new marriage and first pregnancy without my mom.

About 10 years after my grandma passed, my grandpa reconnected with a childhood friend, who then re-introduced him to his sister, Evelyn. She lived in his hometown in Sommerset PA, about 3 hours from us (random trivia fact, the 9/11 plane that landed on a farm in Sommerset, PA was actually on my step-dad’s family’s property). My grandpa would frequently make those trips back and forth while in his 80’s (sometimes we would take him – I spent many a weekend at Evelyn’s eclectic house!). They got engaged, and stayed engaged for nearly 12 years. My grandpa passed away in 1999 the day after my 18th birthday. He would have been 91 just a few months later.

It wasn’t until over 2 years ago that I began the search for Evelyn on Yahoo Answers. Someone found her phone number and I contacted her – not sure if she’d remember the little 10 year old that used to run through her house and play on her piano. We had a long talk.

I haven’t talked to her since, but I think about her frequently. I wish I was older before my grandpa passed – there are so many questions I have for him (now that I’m old enough to appreciate the things he used to tell me) and I wish I would have taken advantage of that when he was still with us.

The GOB recipe my mom always made for us, was Evelyn’s (see, I got to my point eventually!).

So I wanted to share some old pictures, and then the yummy GOB recipe!

Add flour, baking powder and vanilla to cake mix and follow directions on the box for the rest of the cake mix ingredients.
Drop on cookie sheet with a soup spoon.
Bake at 400 degrees for about 7-10 minutes (depending on size of the drop)
Take out of oven and place on wax paper and wire racks to cool
Makes about 24 cakes (12 gobs) 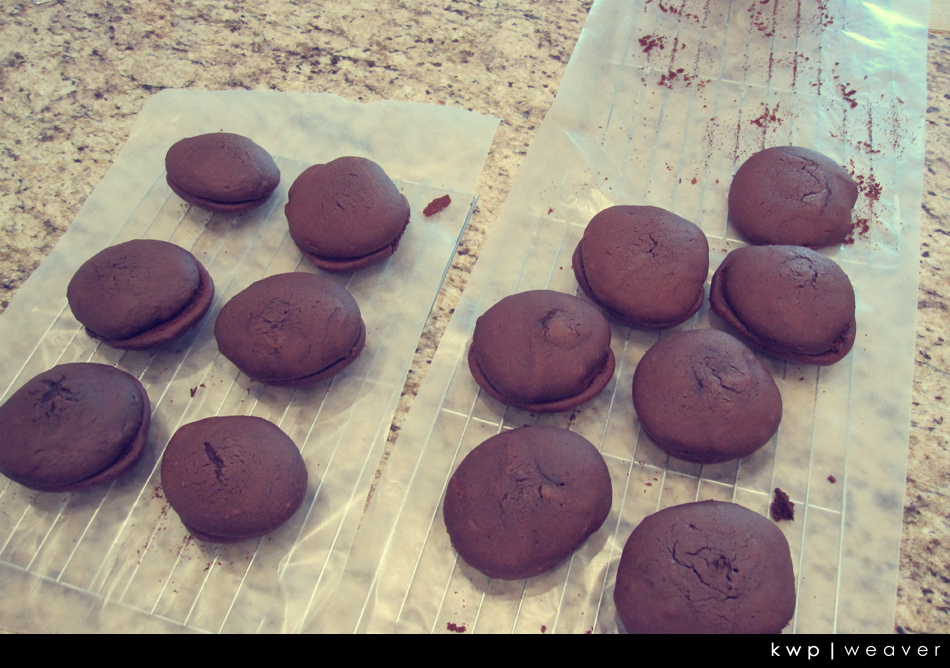 Cook and cool 1 Cup of Milk and 6 Tbsp. of Flour. Wisk this as it cooks and thickens, or you’ll get lumps. 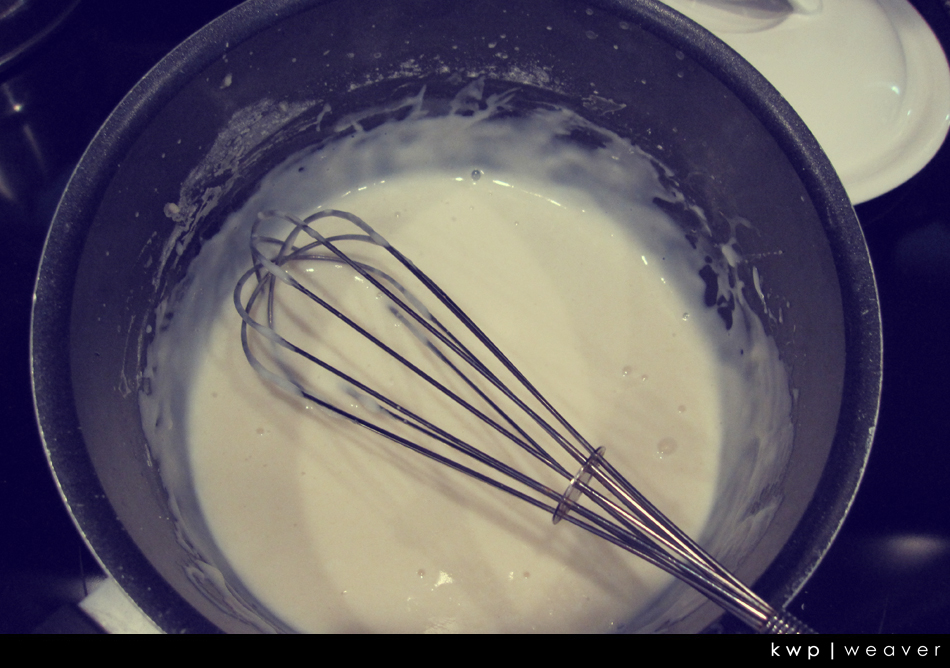 When mixture is at a medium-thick consistency, place in mixing bowl to cool.
When completely cool, add 2 Cups of confectioners sugar, 1 tsp. Vanilla, and 1 Cup Crisco. 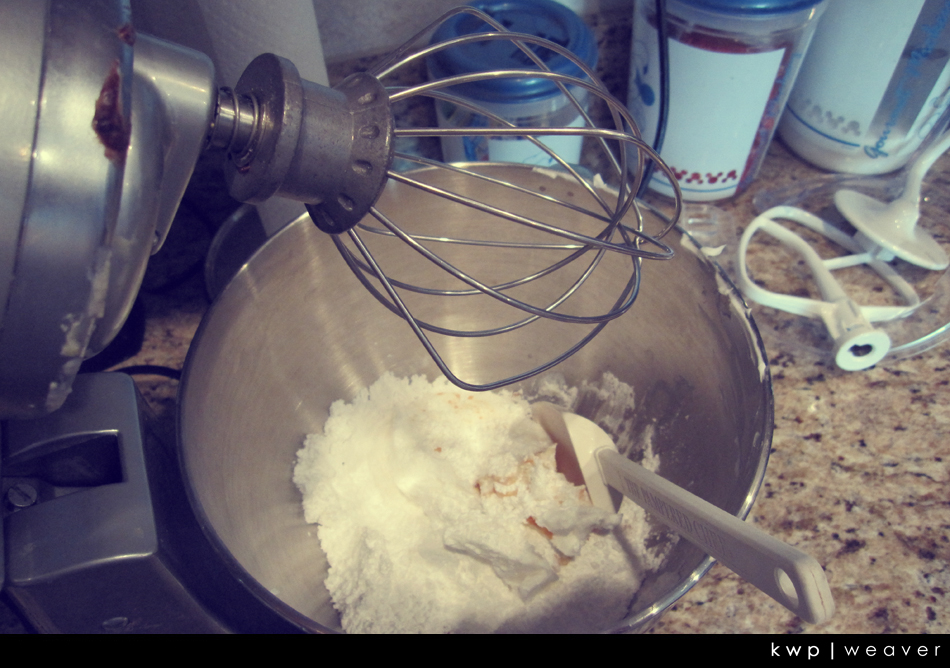 Beat together until fluffy (this takes awhile – so be patient) 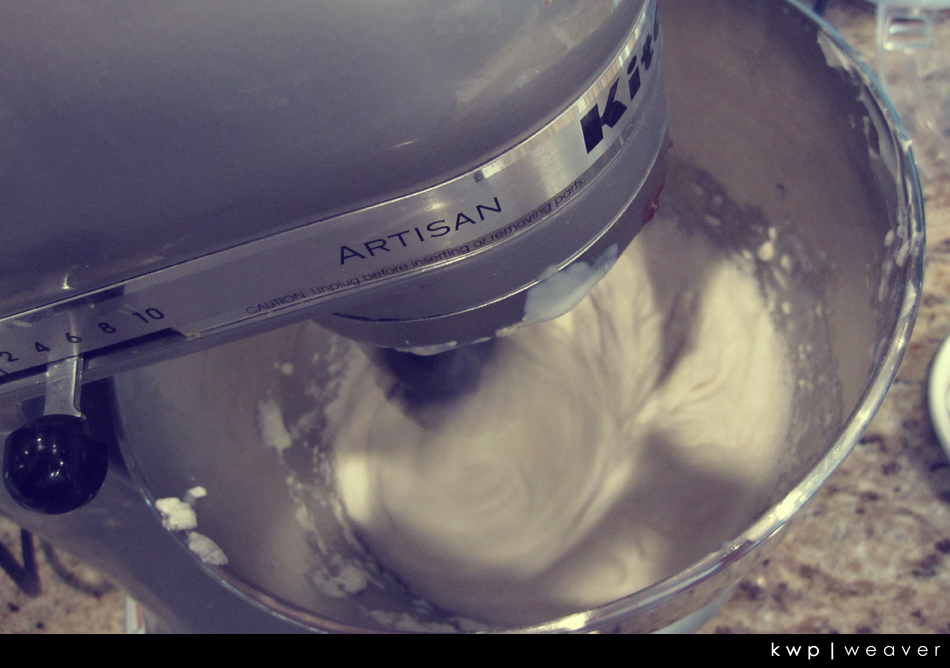 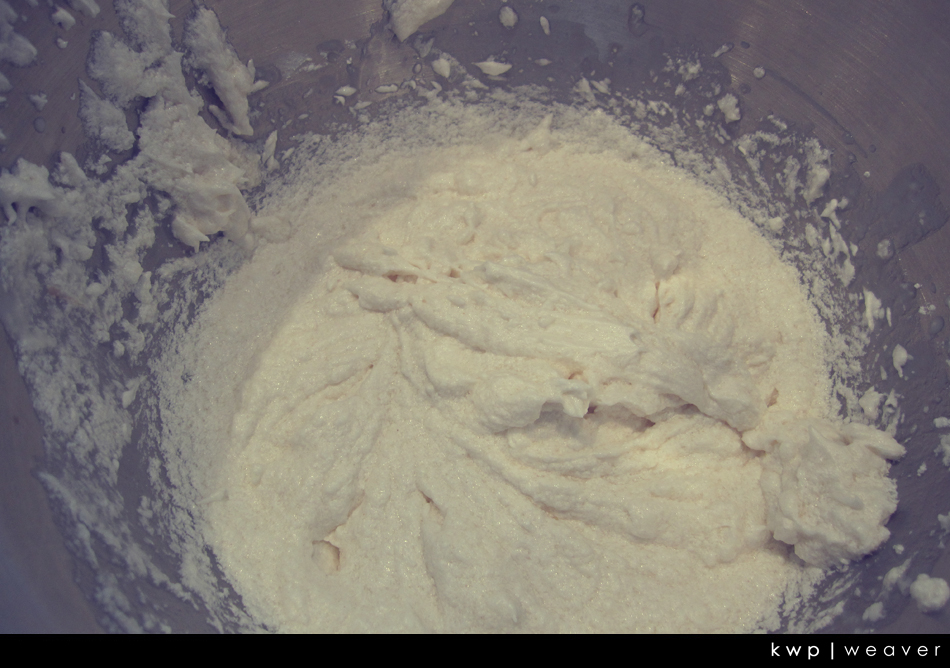 When the filling is ready, place in between 2 GOB cakes and wrap in cling wrap. 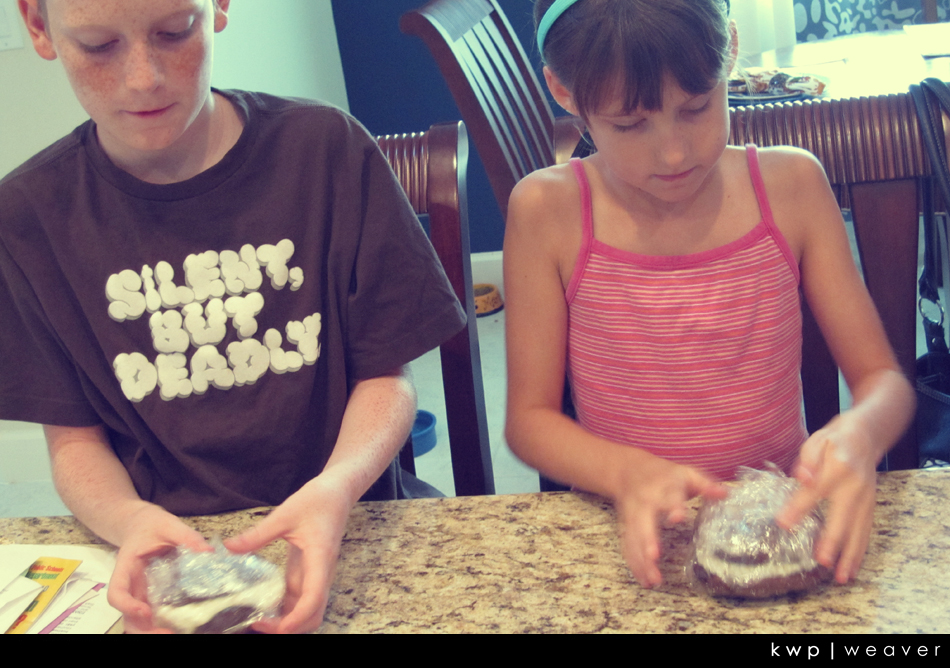 Don’t overfill – you’ll thank me for that later. 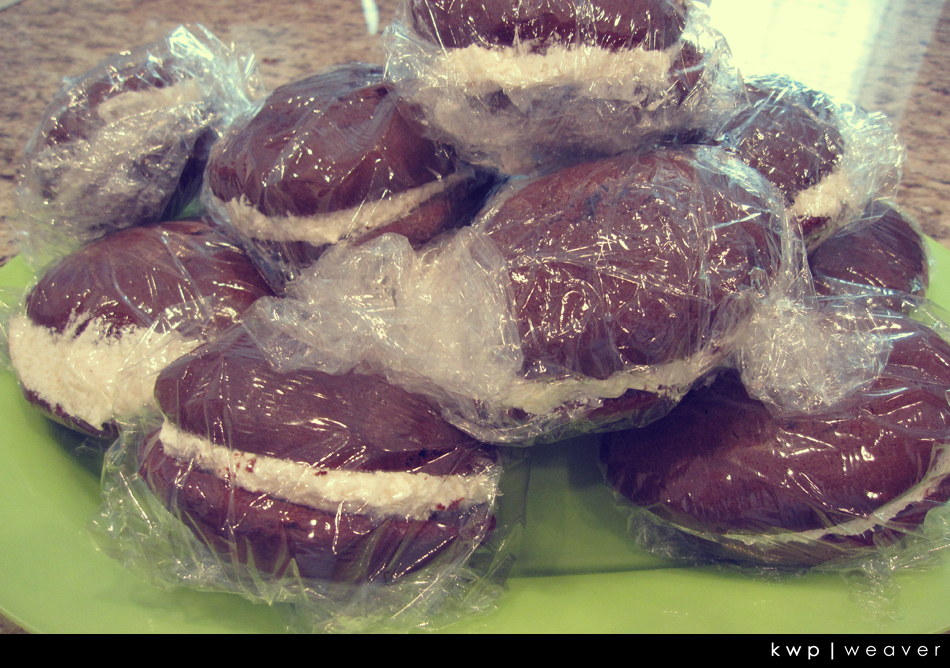 I like to put them in the fridge for a bit before I eat them – but it’s preference. Enjoy! 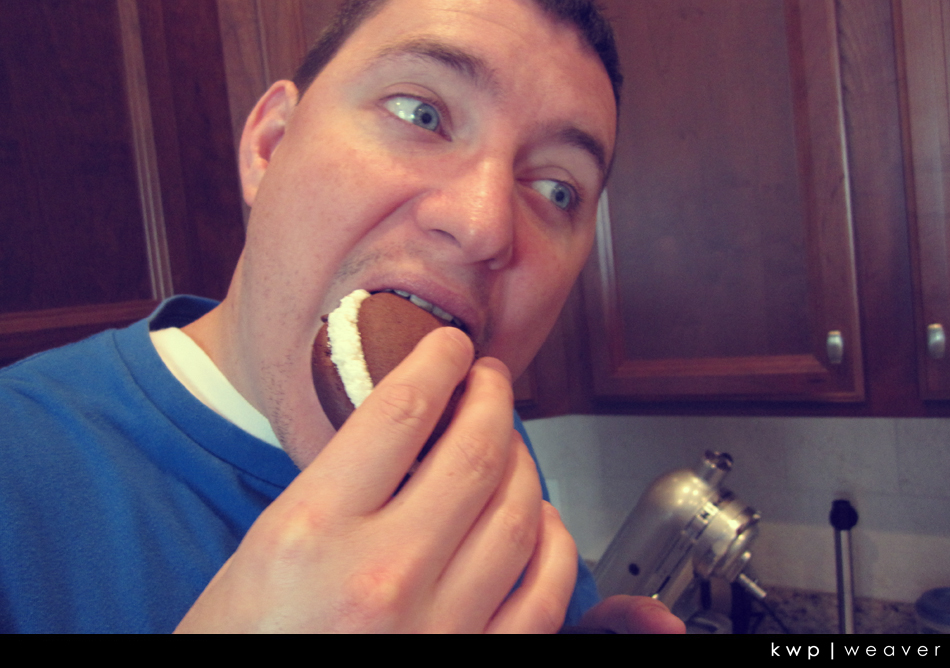