I will fondly refer to this engagement session as “The Inspiration Shoot”. Allow me to explain.

Remember the first part of Christine and Micah’s engagement session from a few weeks ago?

When I first met with Christine and Micah to talk about their wedding, and the possibility of hiring me to shoot it – we talked a lot about inspiration. Christine asked me if she could see what photographers inspired me – and I excitedly showed her my favorite – Jose Villa. A few months before, he had done “The River Shoot” – an engagement session on a river, with beautiful light, an amazing couple, and a killer tree-rope-swing. I remember swooning over that shoot and didn’t hesitate to show them everything I loved about it.

When they called to tell me that they wanted me to be a part of their wedding – it was *somewhat* conditional… I had to promise to break their engagement session in to 2 sessions – one of which, had to be a River shoot. The thought of trying to recreate a visionary master’s shoot made me a little squirmy – but I never back down from a challenge… especially from a couple as cool as Christine and Micah!

Although they studied his shoot all morning, we abandoned all thought of re-creation and got lost in the beautiful river landscape. And where you may see some similarities, I’m hoping that I was able to put my own style to the shoot. I played with some new effects to try to capture the soft film feel, and washed out the colors a bit from my standard.

Carrying in to the “Inspiration” theme of the shoot this morning, we started with a shoot they saw in Vanity Fair from the “Twilight” cast. I’ll admit, I’ve never seen any of the Twilight movies, or read any of the books – but I’m hoping I captured the essence of the VF shoot :)

Christine may have known something that I didn’t. The challenge she presented made this shoot one of my absolute favorites! It didn’t hurt to have an awesome couple to work with, either! I can’t wait for their wedding in just a few short weeks! 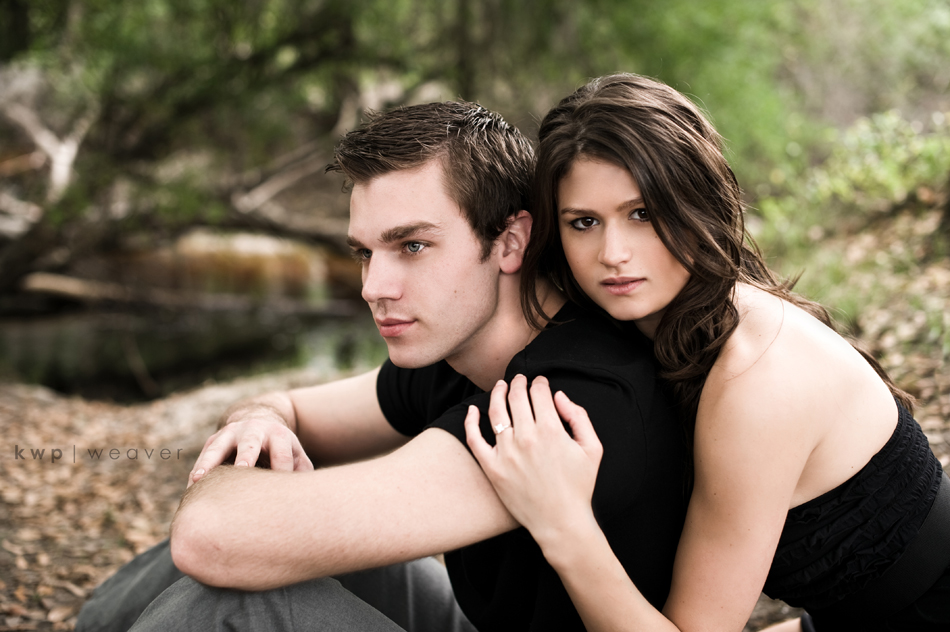 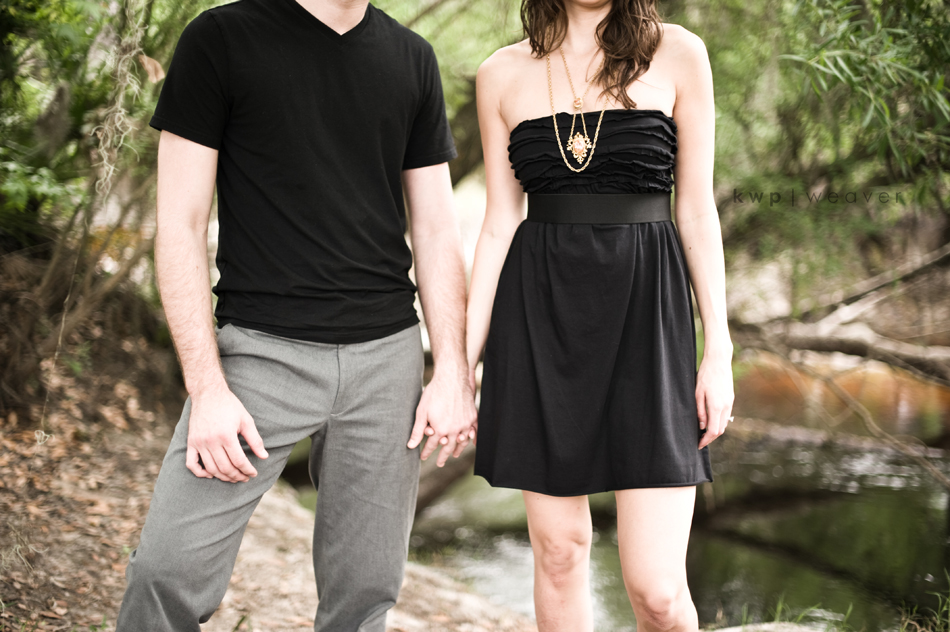 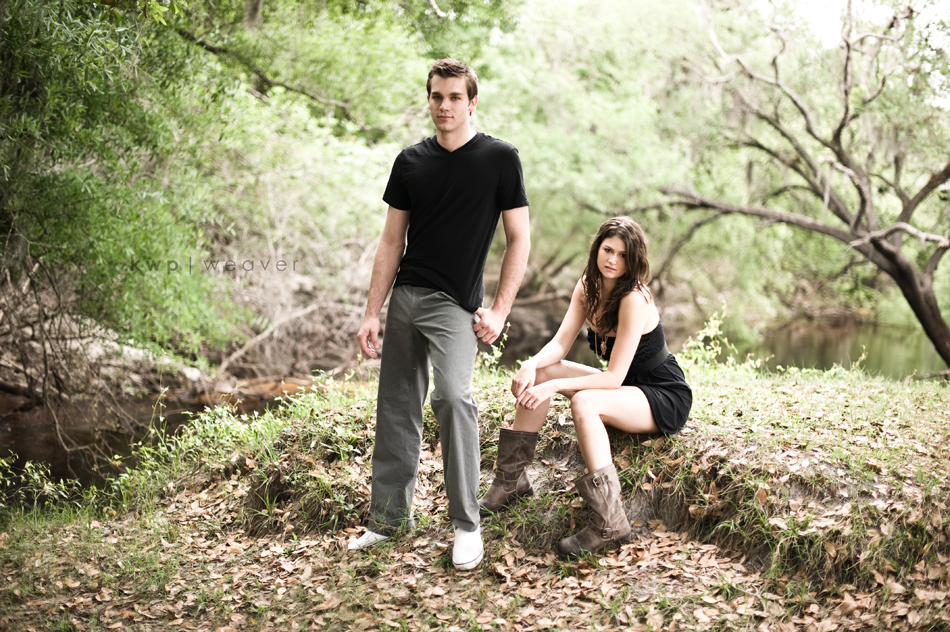 Below: one of my absolute, all-time, favorites. 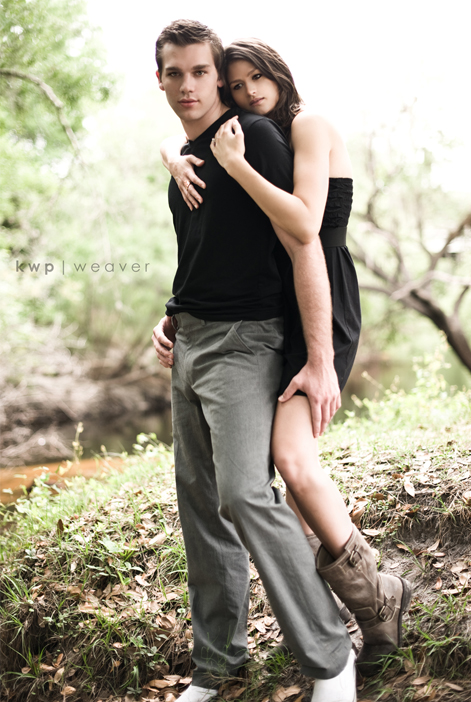 Ha, lots of fun shooting this one! 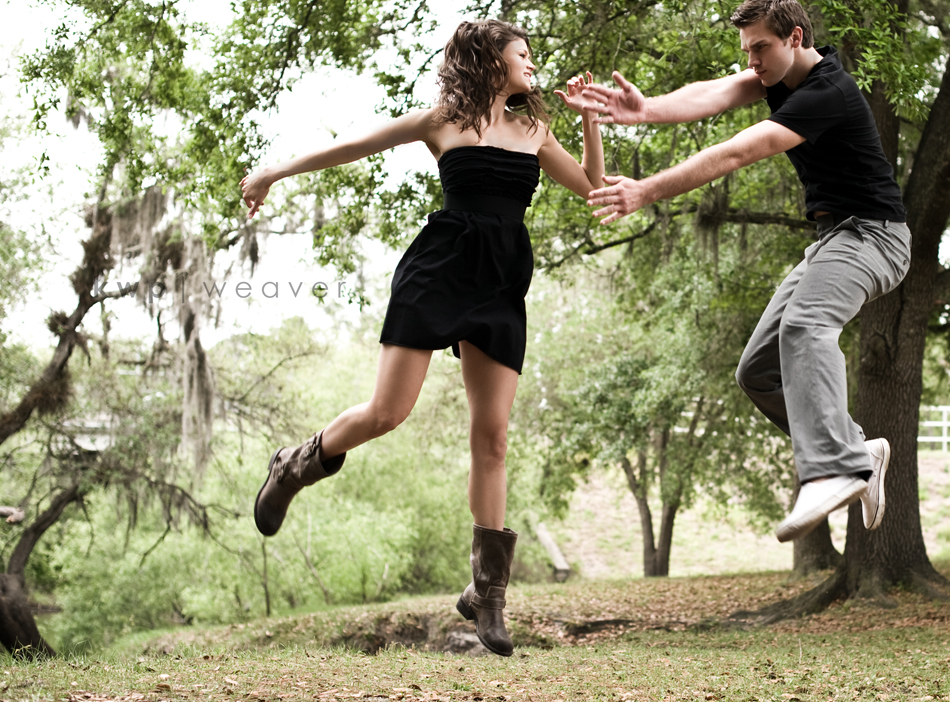 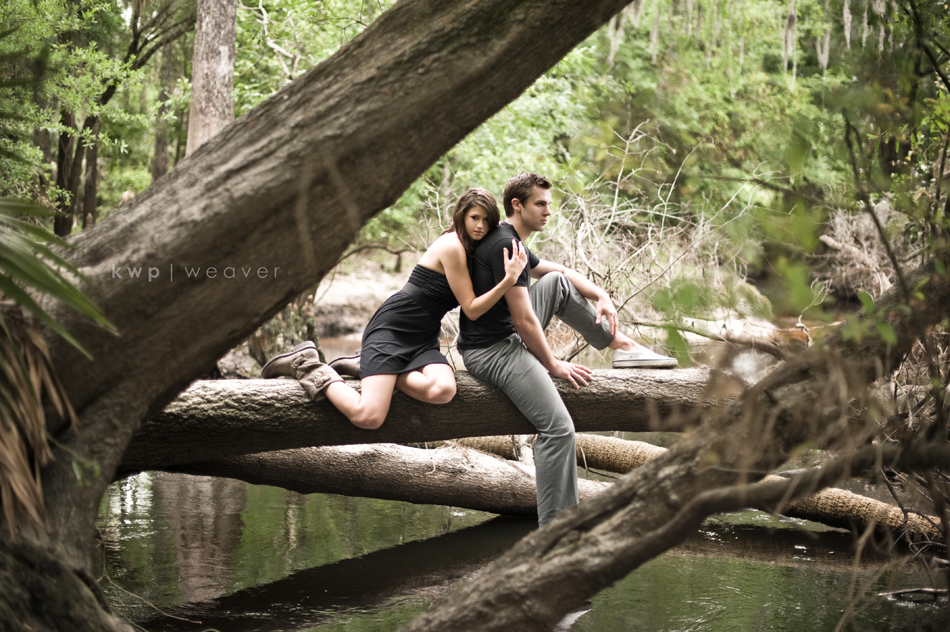 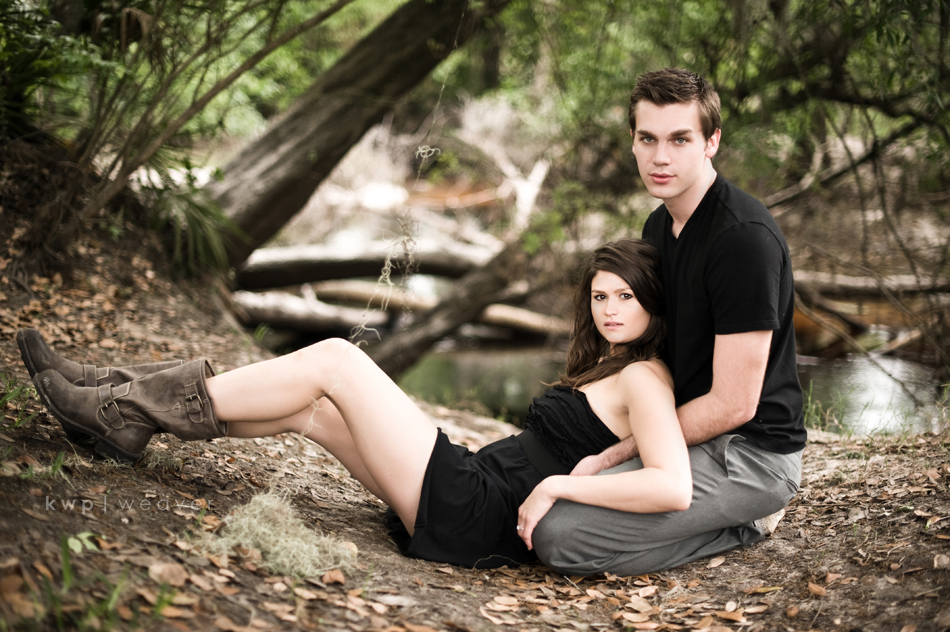 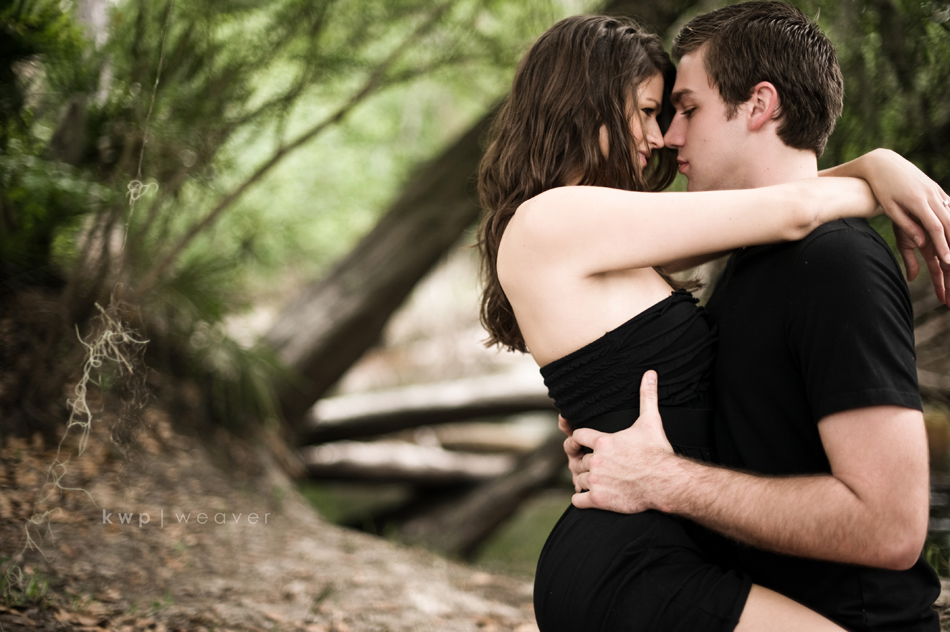 Second, on to the River Shoot inspiration 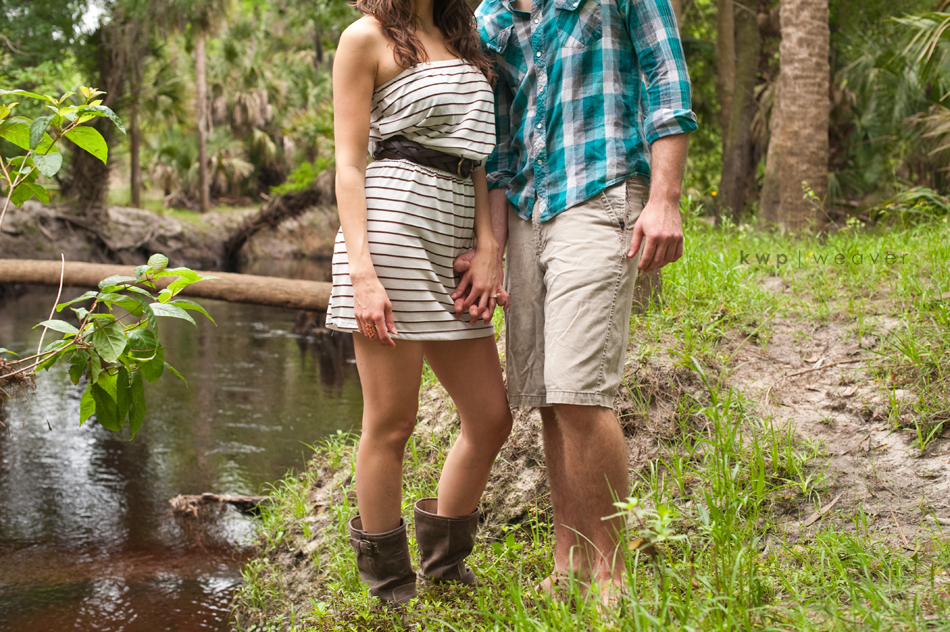 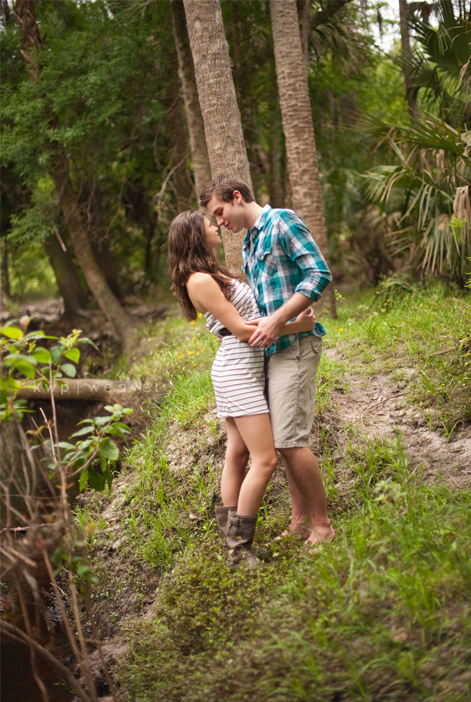 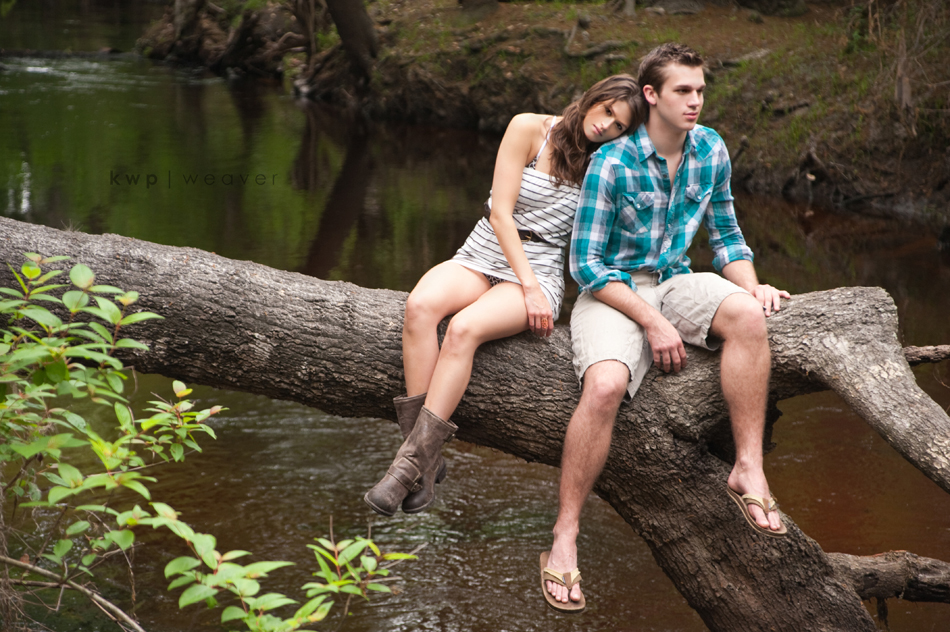 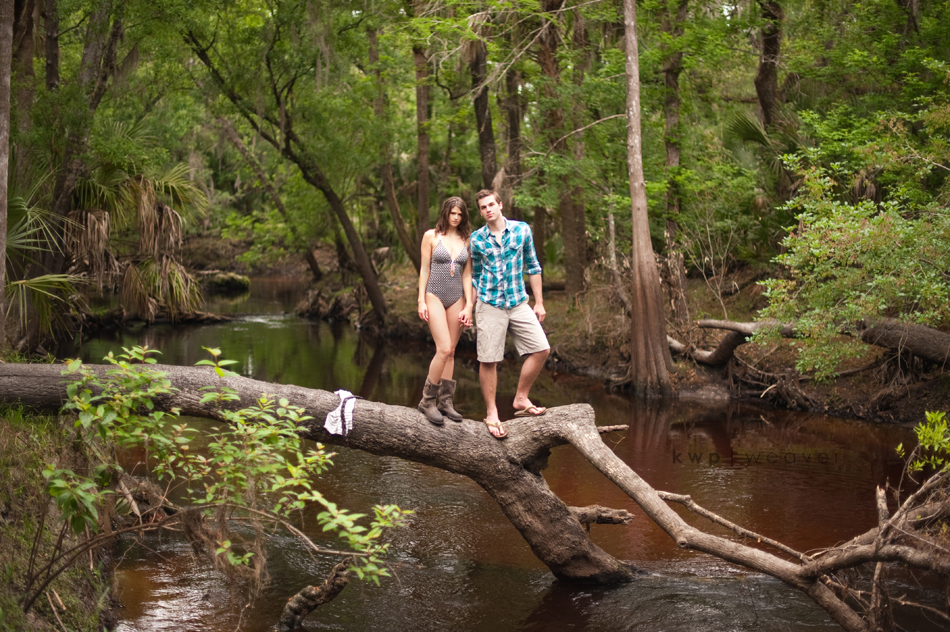 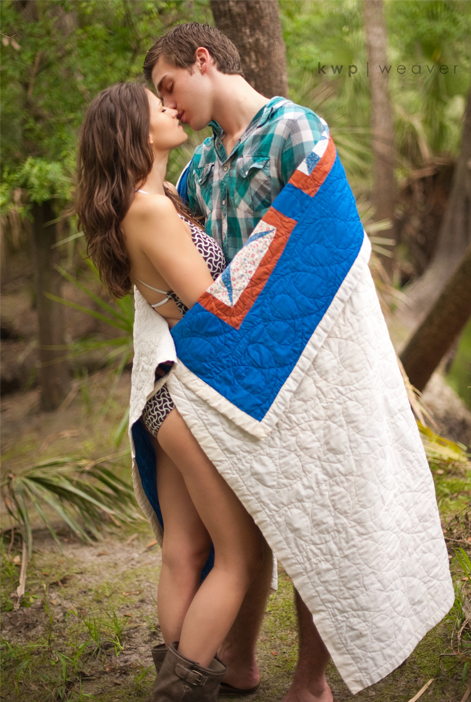 The river really is orange. I have no idea why…
I love how “off” this shot is. I love that she’s going to kiss him, and he’s not phased. It works for me, in this awkward kind of way. 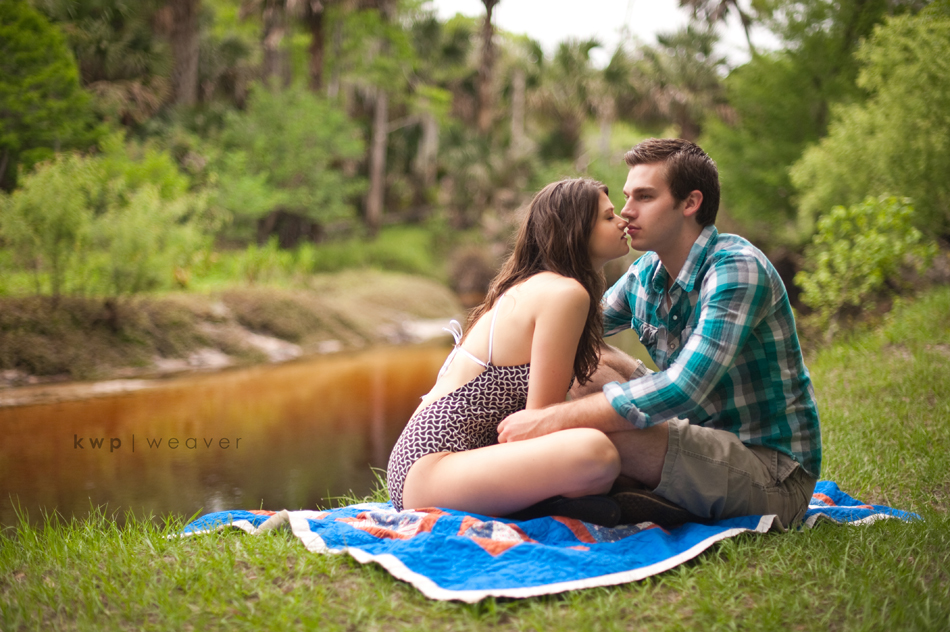 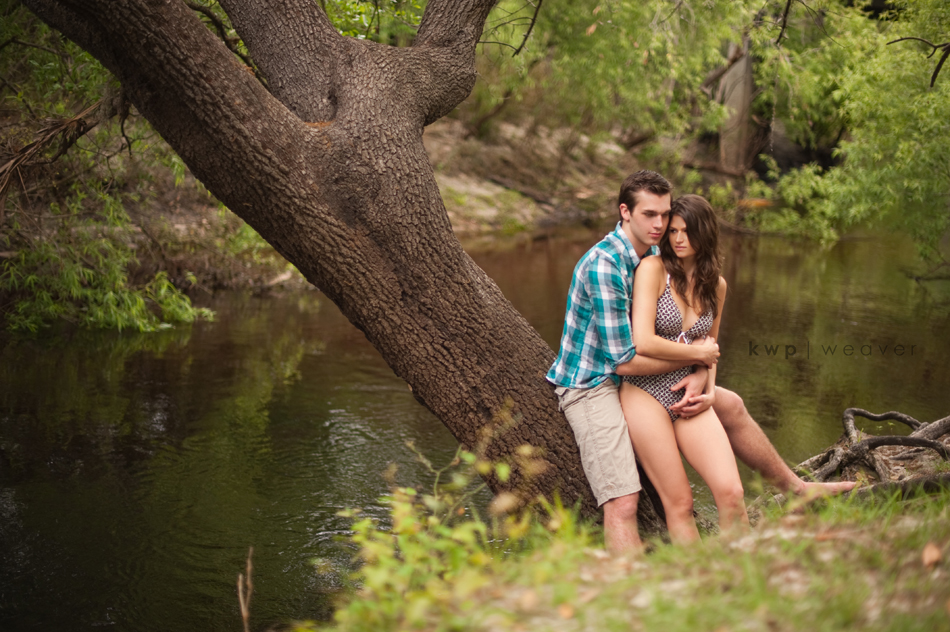 I can’t believe they got in the otter-infested waters :) I hear those things are vicious! 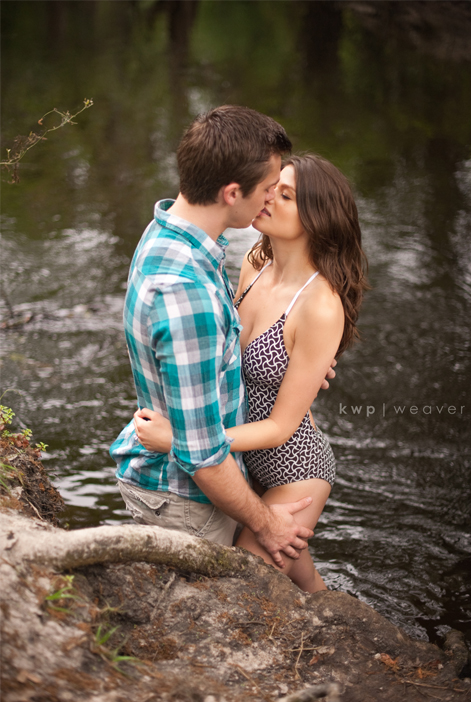 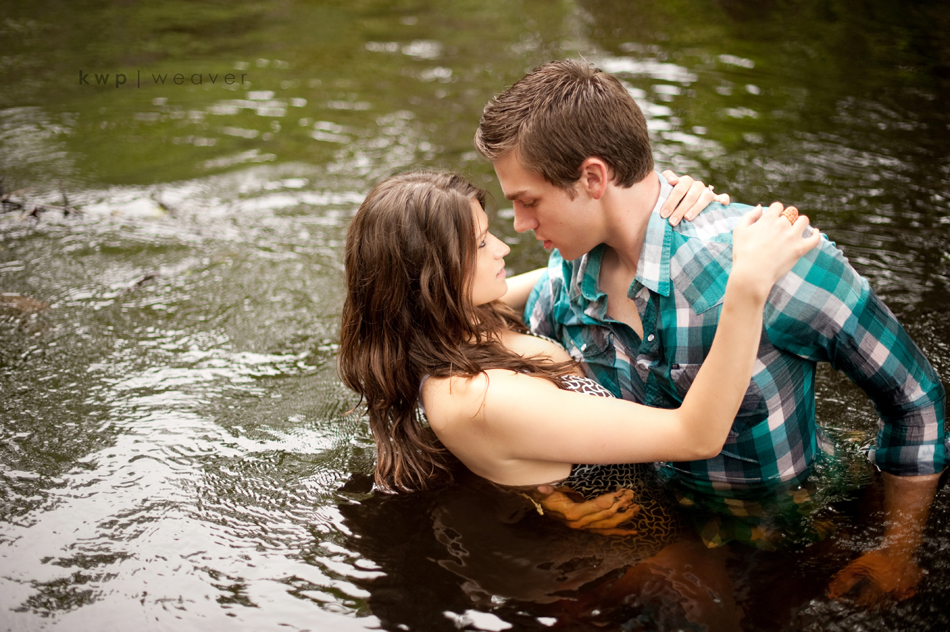 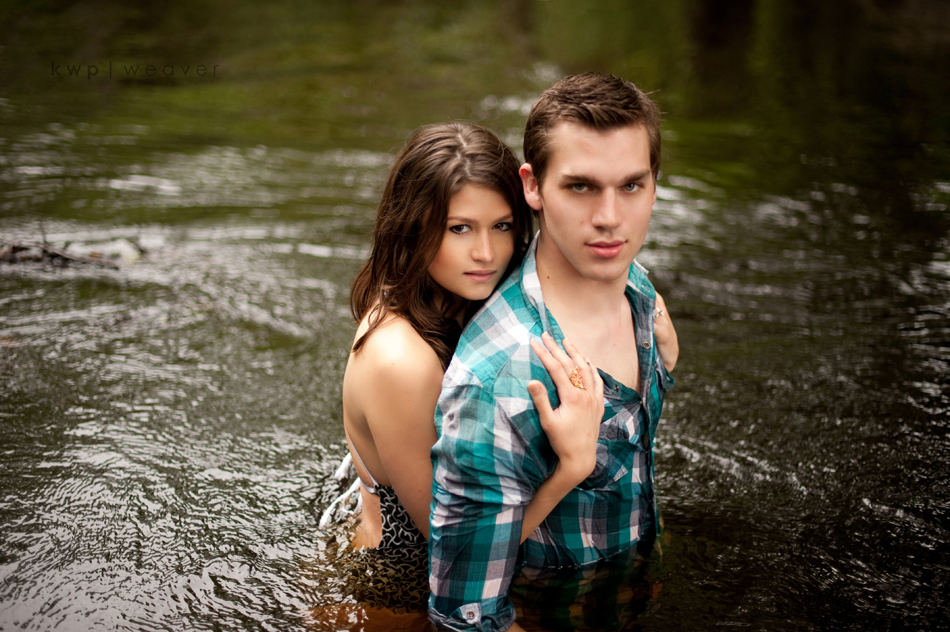 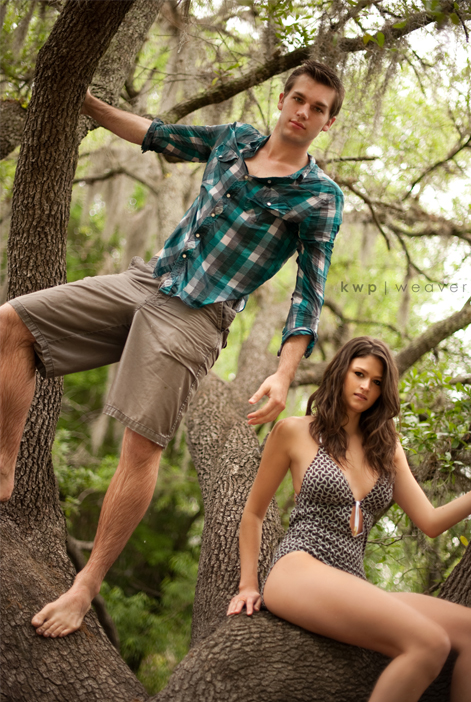 This tree was so awesome. I had no idea they were such avid climbers! 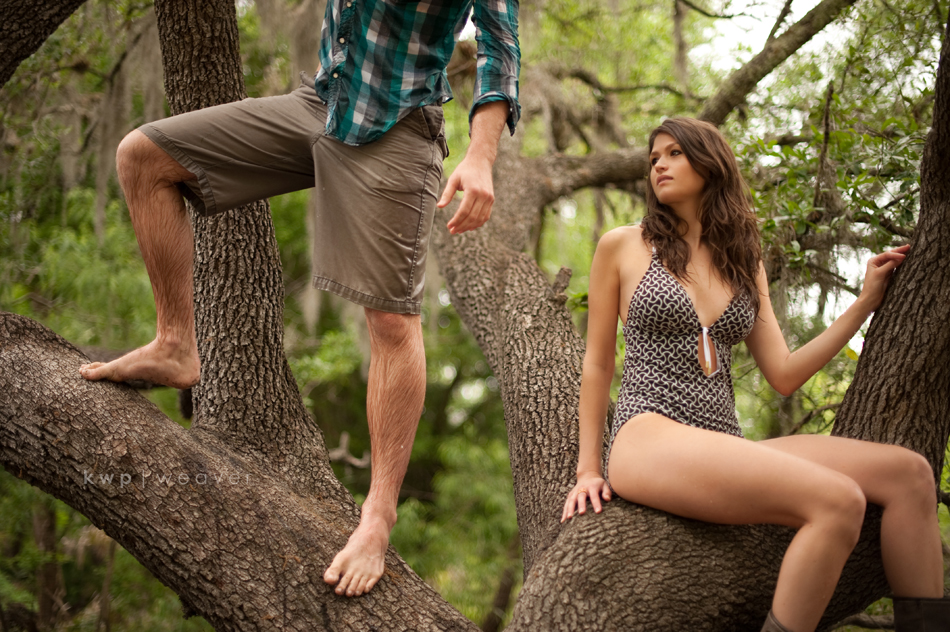 LOVE this shot! Shortly after this kiss, they both tree-jumped into the murky river below. 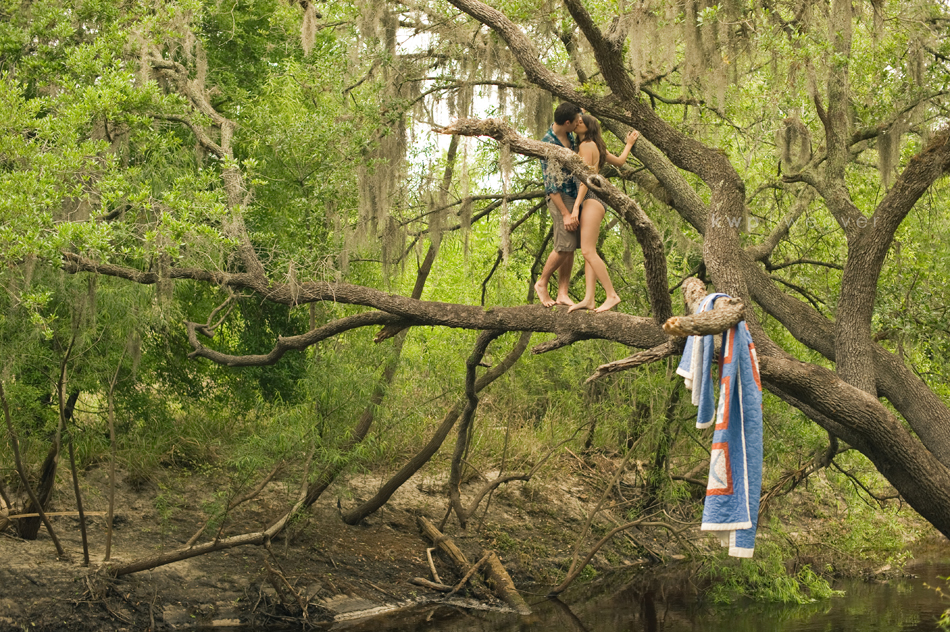 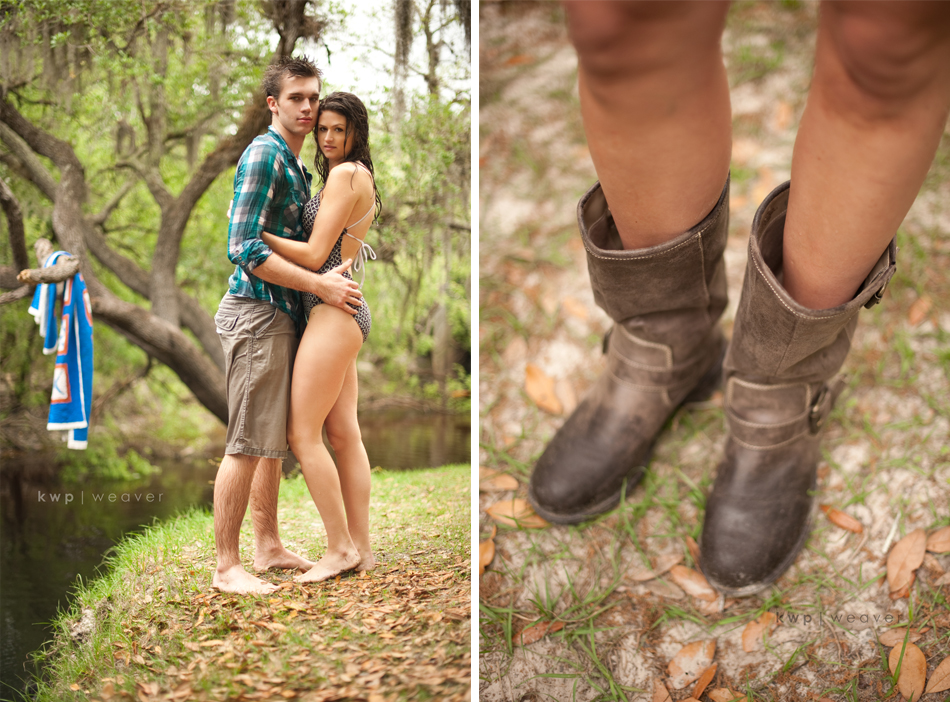 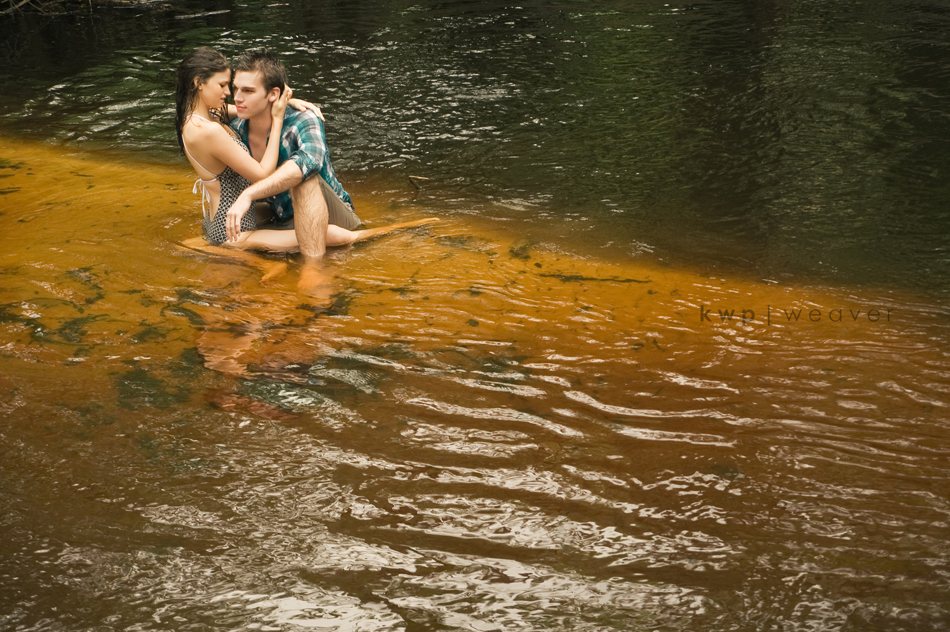 After quite a few jumps in… we wrapped our session! 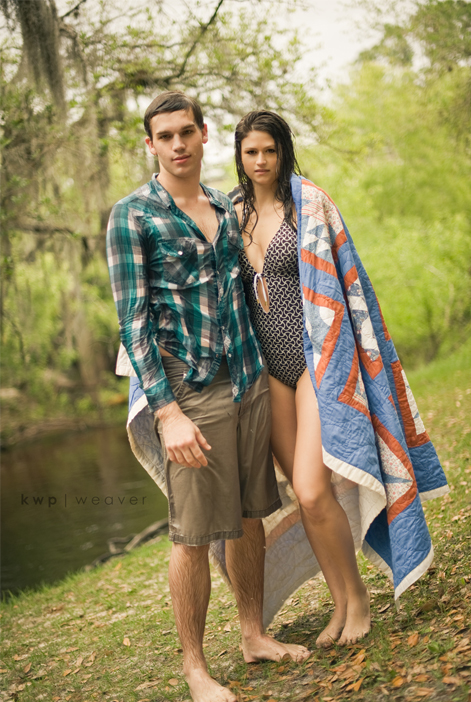