Oooh. So excited when I get the little (ok, not so little) album box on my doorstep! Renee and Jon’s album just came in today, and Lauren and Jason’s albums aren’t far behind! Here’s some quick looks at their 10×10 Storybook Album before I pack the little guy up and ship him out to Connecticut!

Ok, ok… so they started sending the albums with white gloves – and it just cracked me up for some reason? So I’m sharing my approval of the final product with a classy “thumbs up”. (And the glove is a bit tight around the fingers, but waaaaay too long – which makes me wonder who the fit model was when they produced these things?) 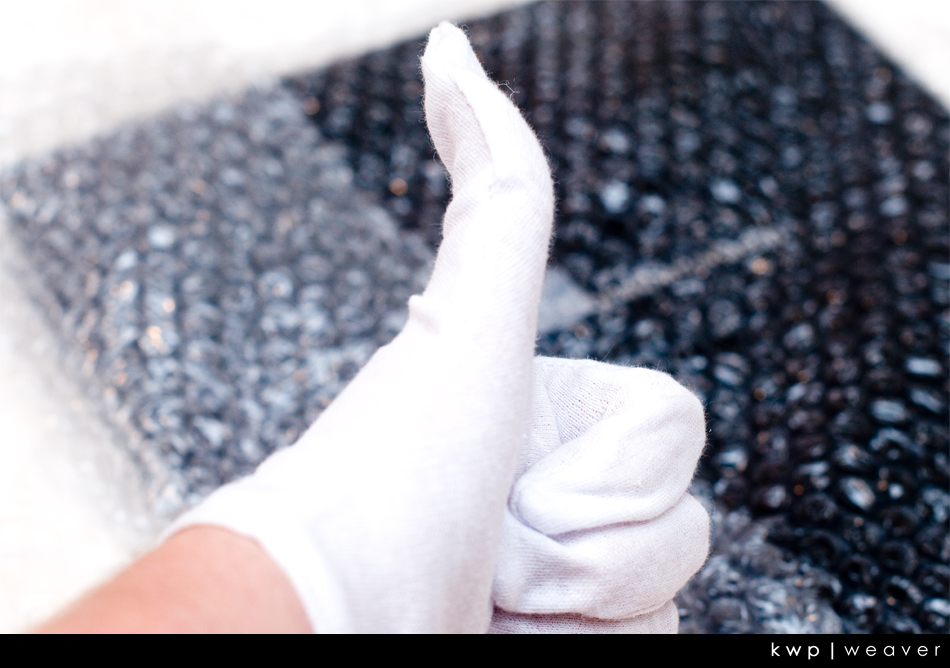 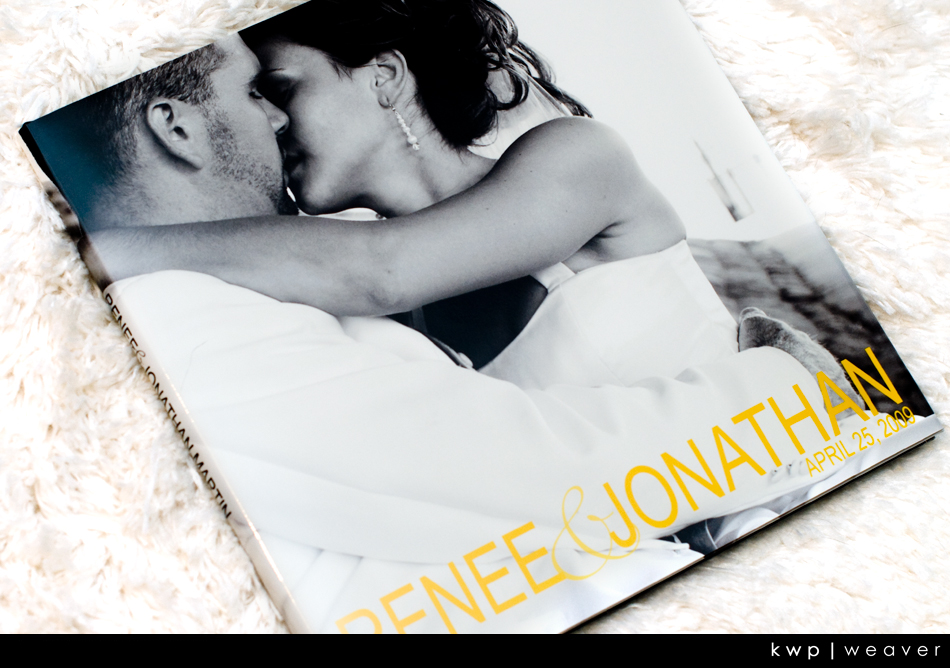 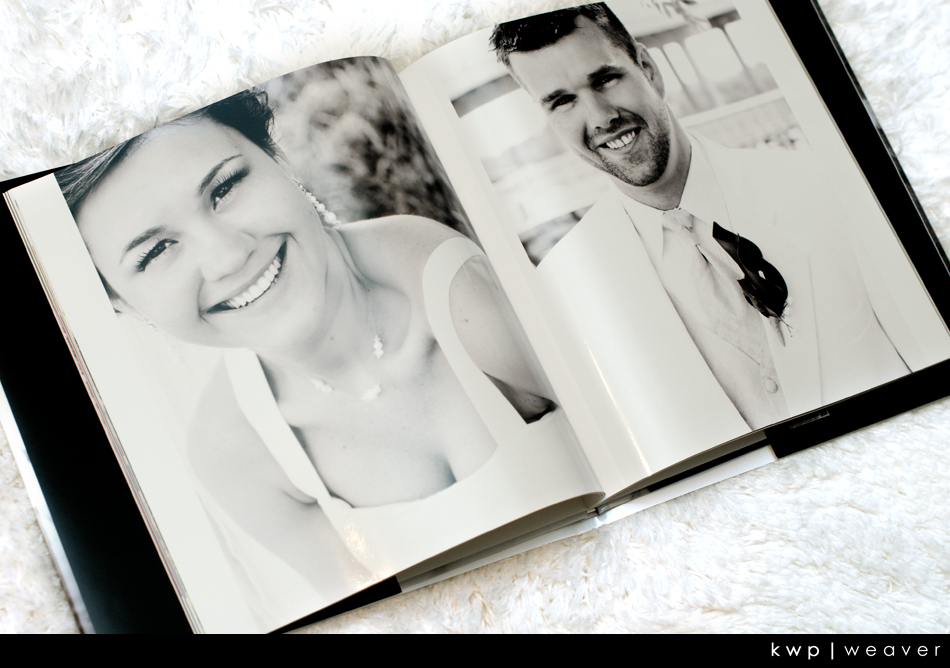 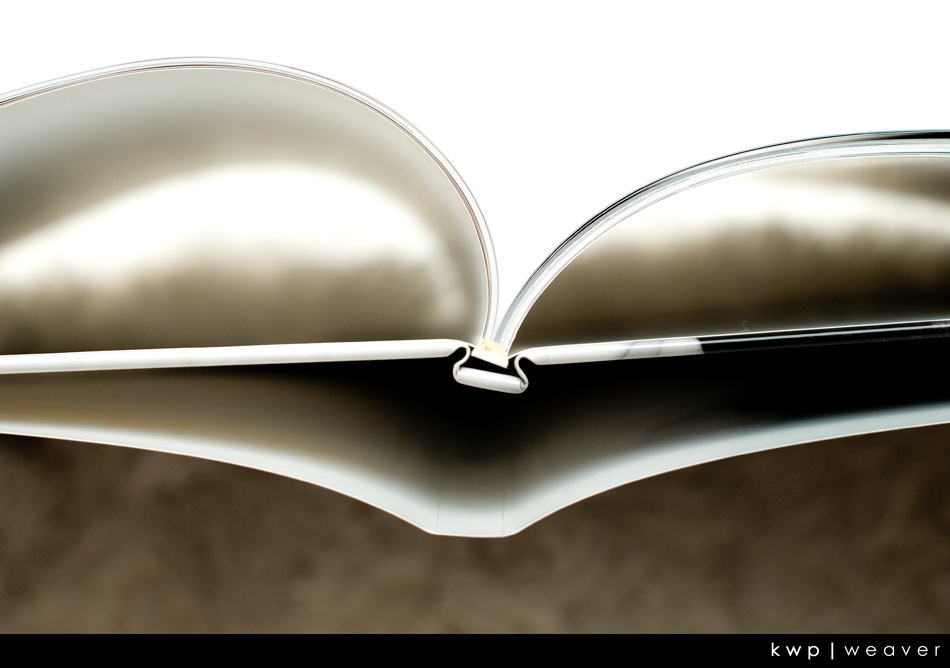 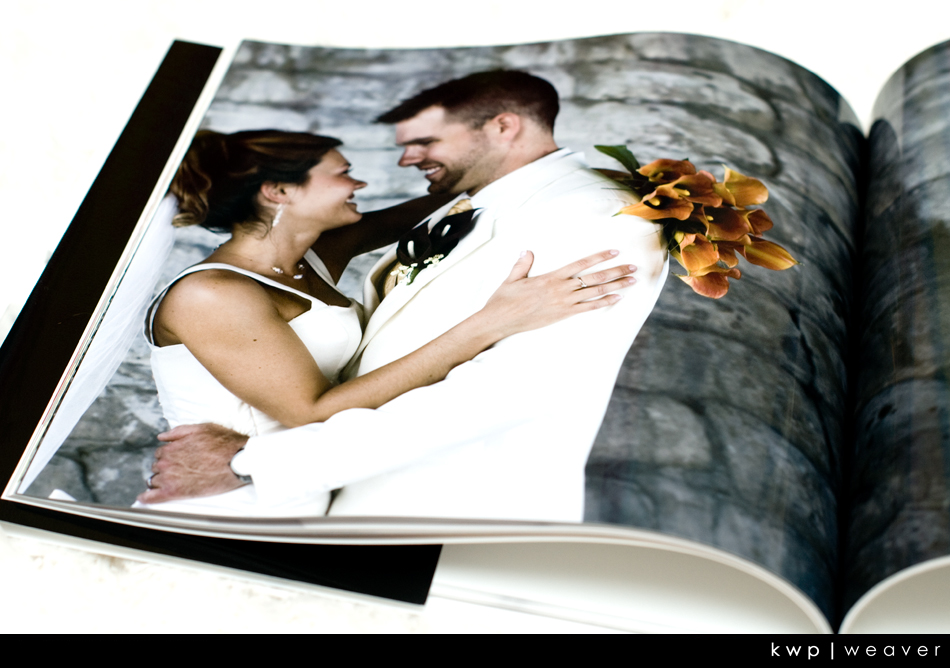 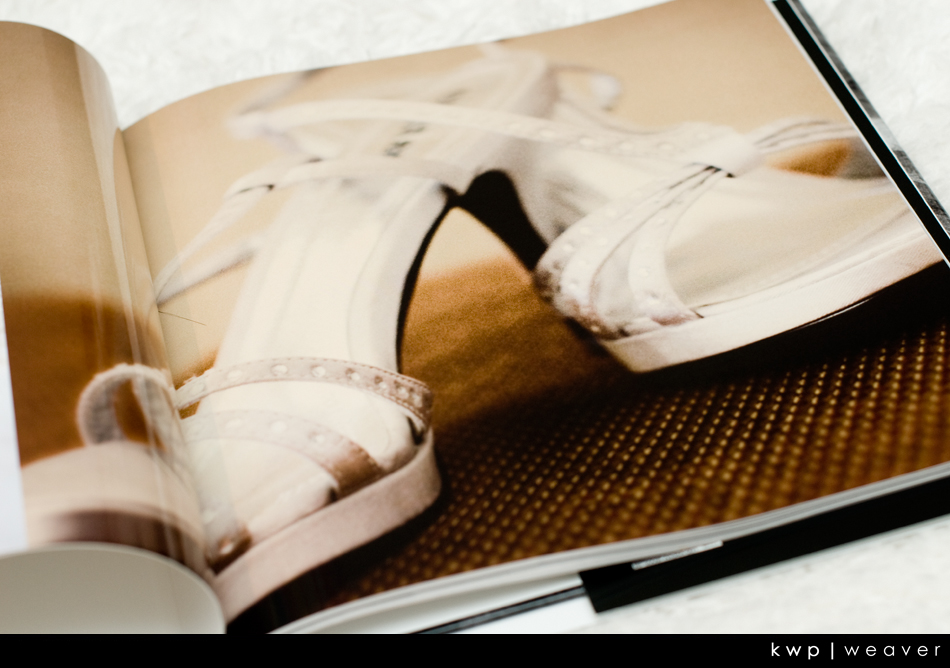 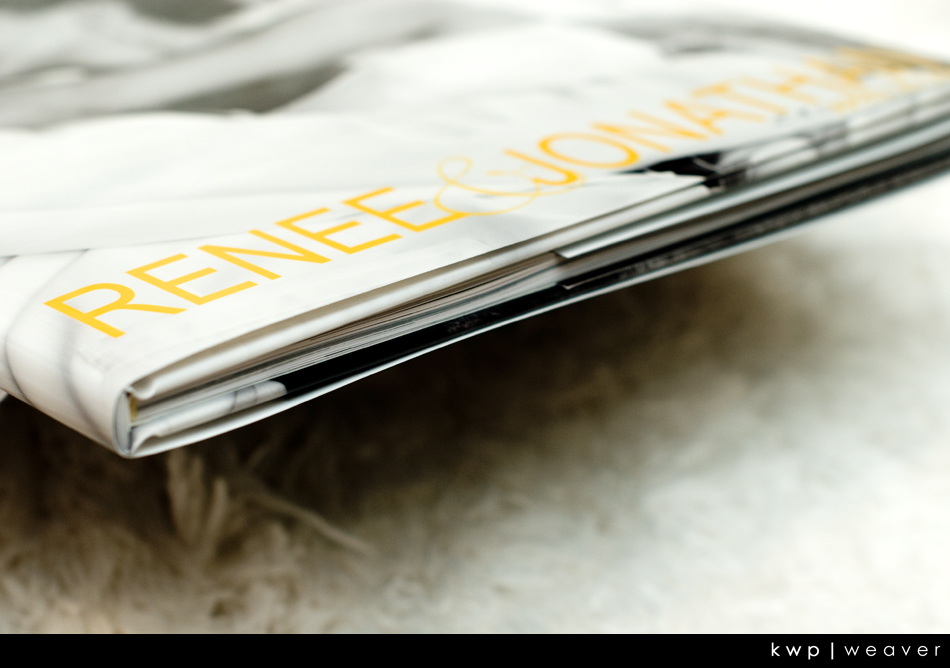 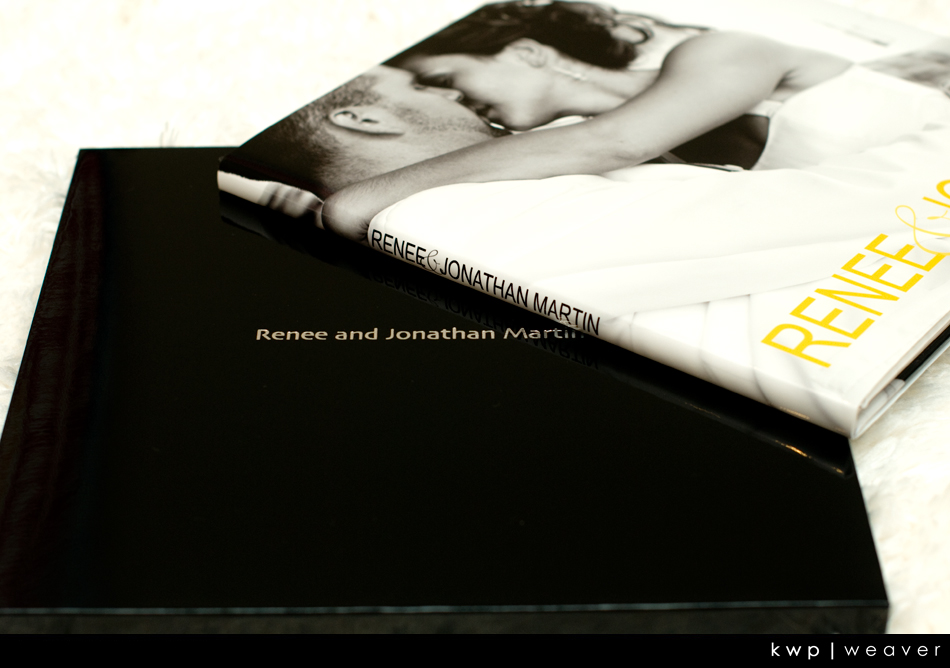