As an intern for Kristen Weaver Photography, your final project is to partner up to conceptualize and successfully execute a styled wedding shoot by collaborating with local vendors. With only 3 interns this year and my ideas being the complete opposite of the other two, I was flying solo. When applying for this internship, one of the questions asked us to come up with an idea for a wedding shoot and my submission could not be further from what my elopement project ended up being and I couldn’t be happier.

Preparing for the Styled Elopement

Preparing for this shoot was anything but easy, especially if you’re like me and like to be in control of everything at all times. From having to work around COVID restrictions, vendors being wildly unavailable, changing the date a week out, and finally, my original models getting sick just days before the new date, it was one of the most stressful yet fun experiences I’ve ever been a part of.

My initial inspiration came from a single out-of-place photo that I found while scrolling on Pinterest for the first concept I was working on. Immediately, a flood of new ideas started flowing through my brain that resulted in a cool, nontraditional elopement. Think Gen Z meets Gossip Girl! The cityscape can often feel huge and overwhelming for a young couple. It’s harsh but with a sense of serenity knowing that you are a small part of a big operation. An elopement closes that gap to make it feel like you’re the only two people in the world. I really wanted to surround myself and draw inspiration from ideas and concepts rather than things or places. Some of my major inspirations included the fashion industry, the drama and reality of a big city, and the eagerness of our generation to be independent and enter society.

When you think of Orlando, you think of theme parks, so finding a venue that would highlight the city vibes I was looking for was a little difficult. I gotta give it to Kristen though, for putting The Balcony Orlando on my radar. Once I saw a few photos, I knew that was the perfect location to give the shoot the look and feel of a big city. Sarah from The Balcony Orlando was so incredibly helpful from start to finish and remained accommodating even after having to switch the date so last minute. 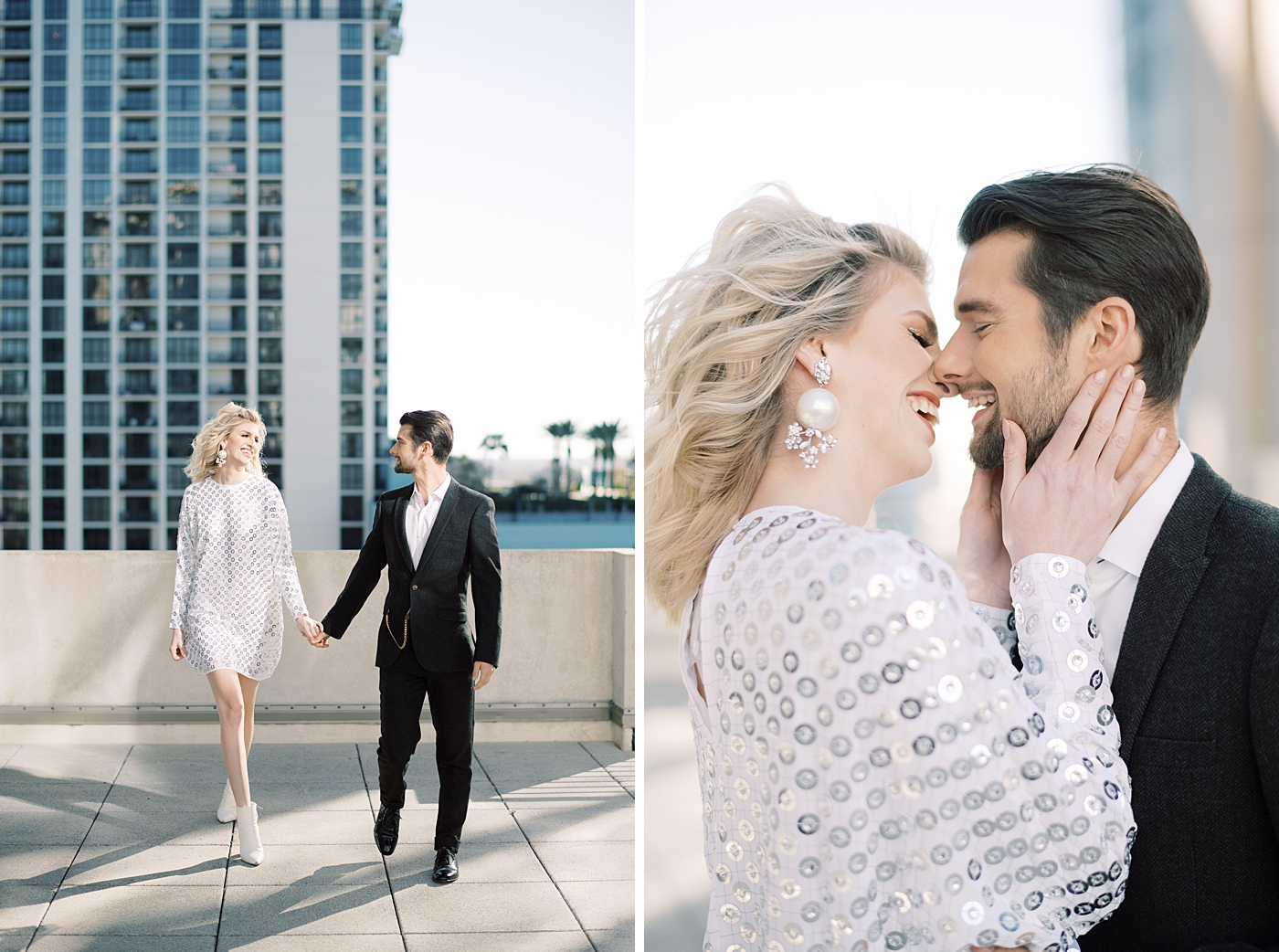 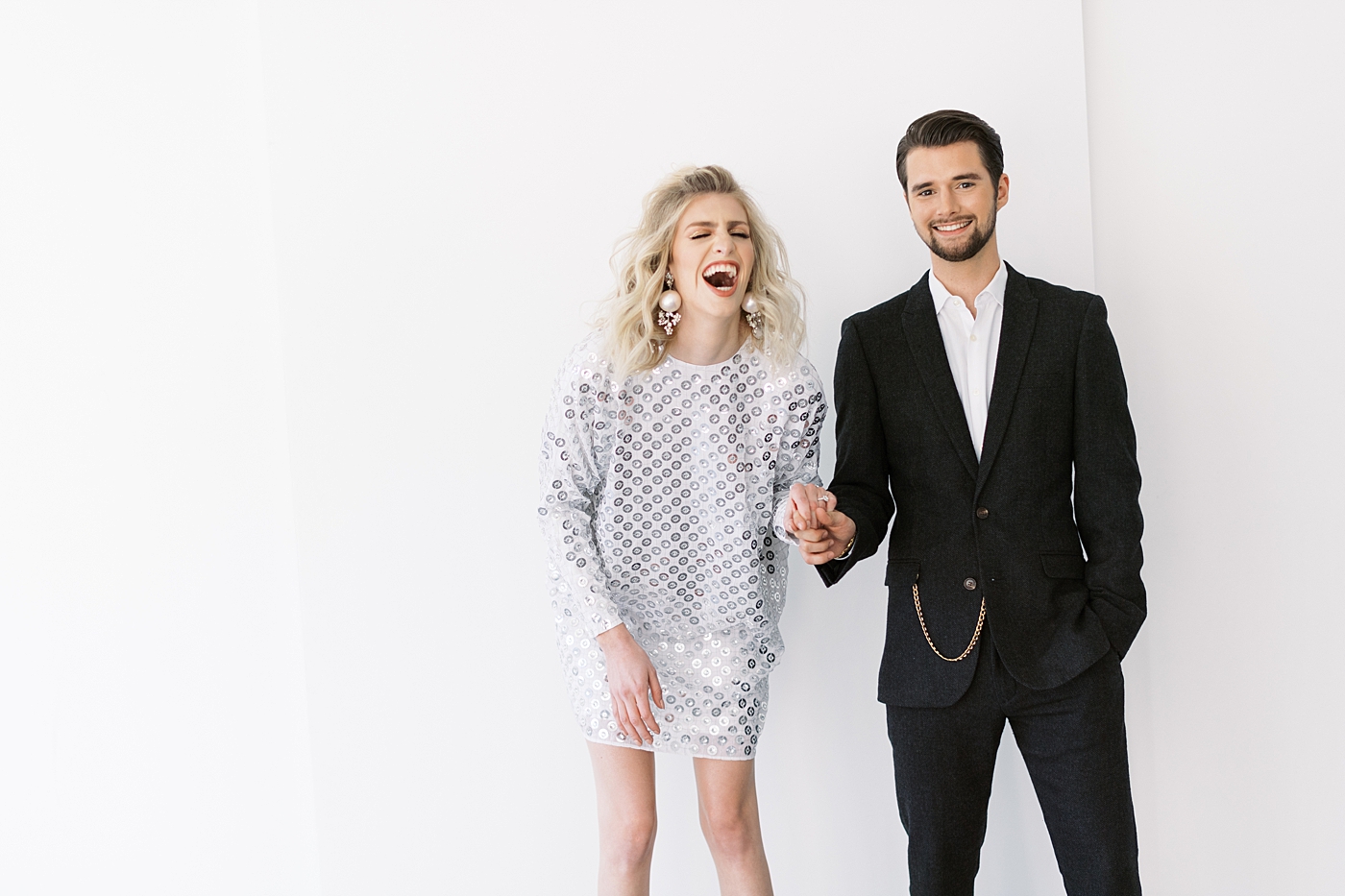 As we all know, the pandemic canceled so many events this past year and most were rescheduled for the first few months of 2021. So, as one might imagine, it was fairly difficult finding a vendor available to collaborate on rentals. I am SO so grateful to Tamuel and Kimberly of RW Style for their willingness to work with me and for giving such an artistic flair to the shoot with their choices for the table and lounge. 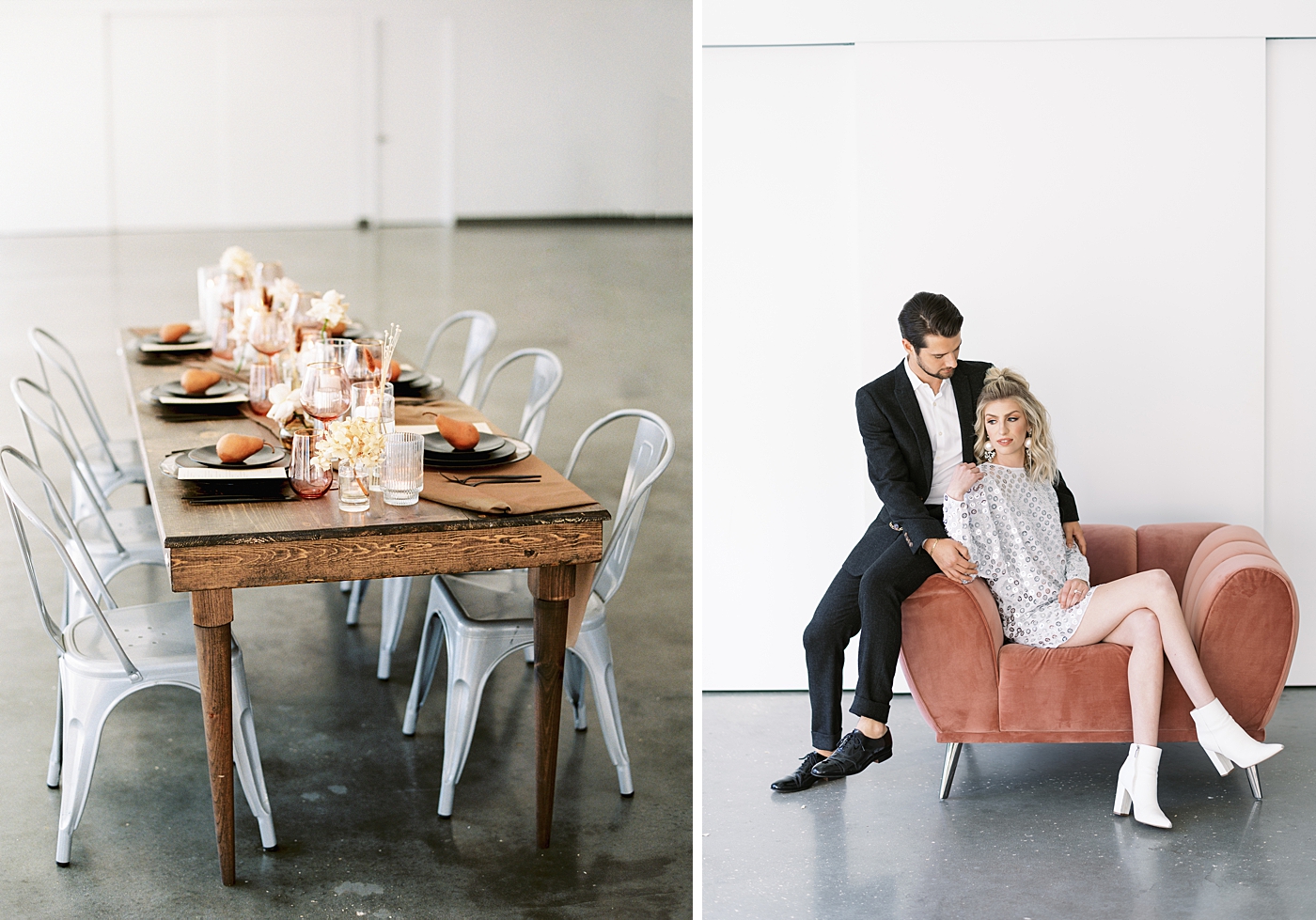 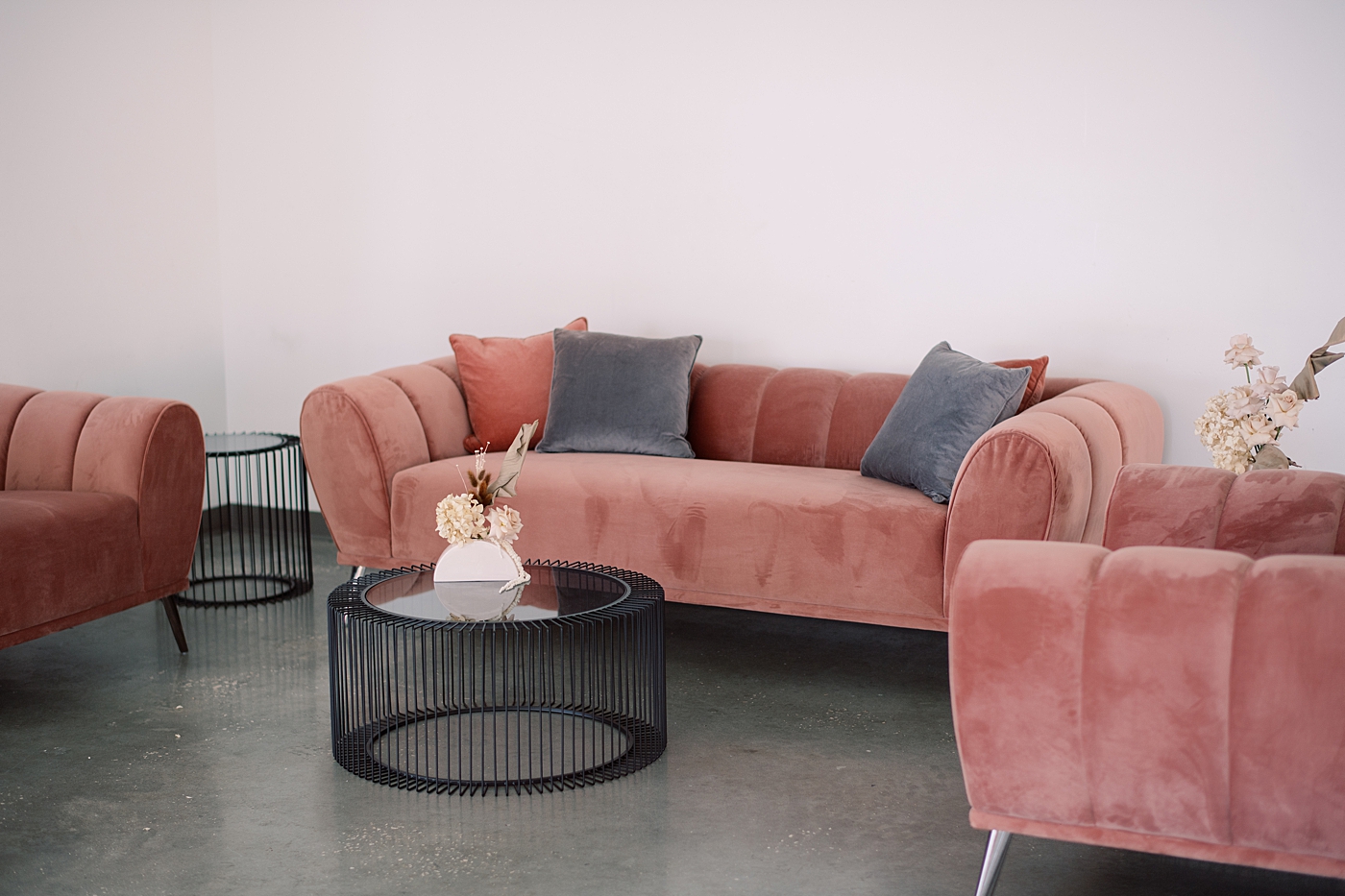 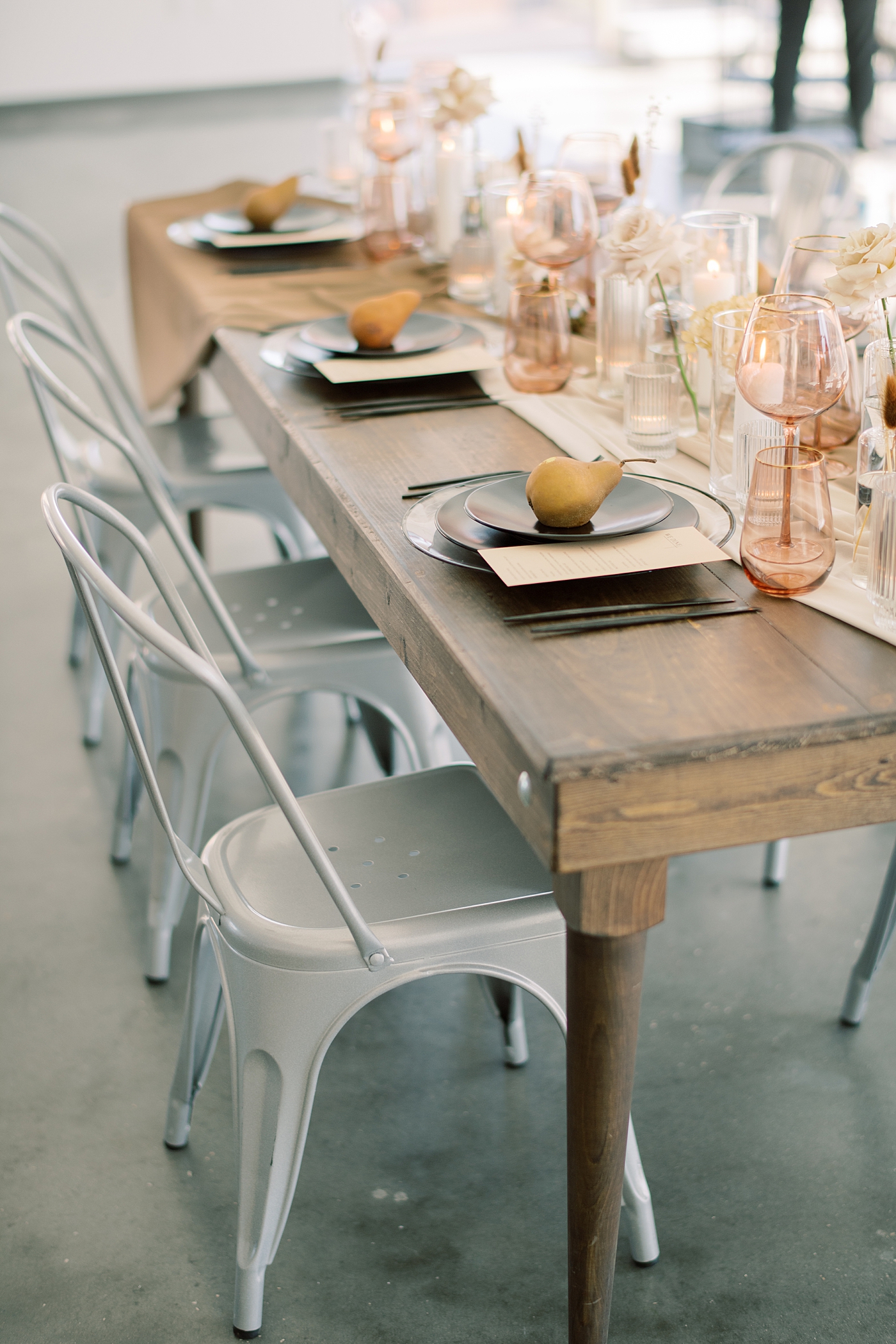 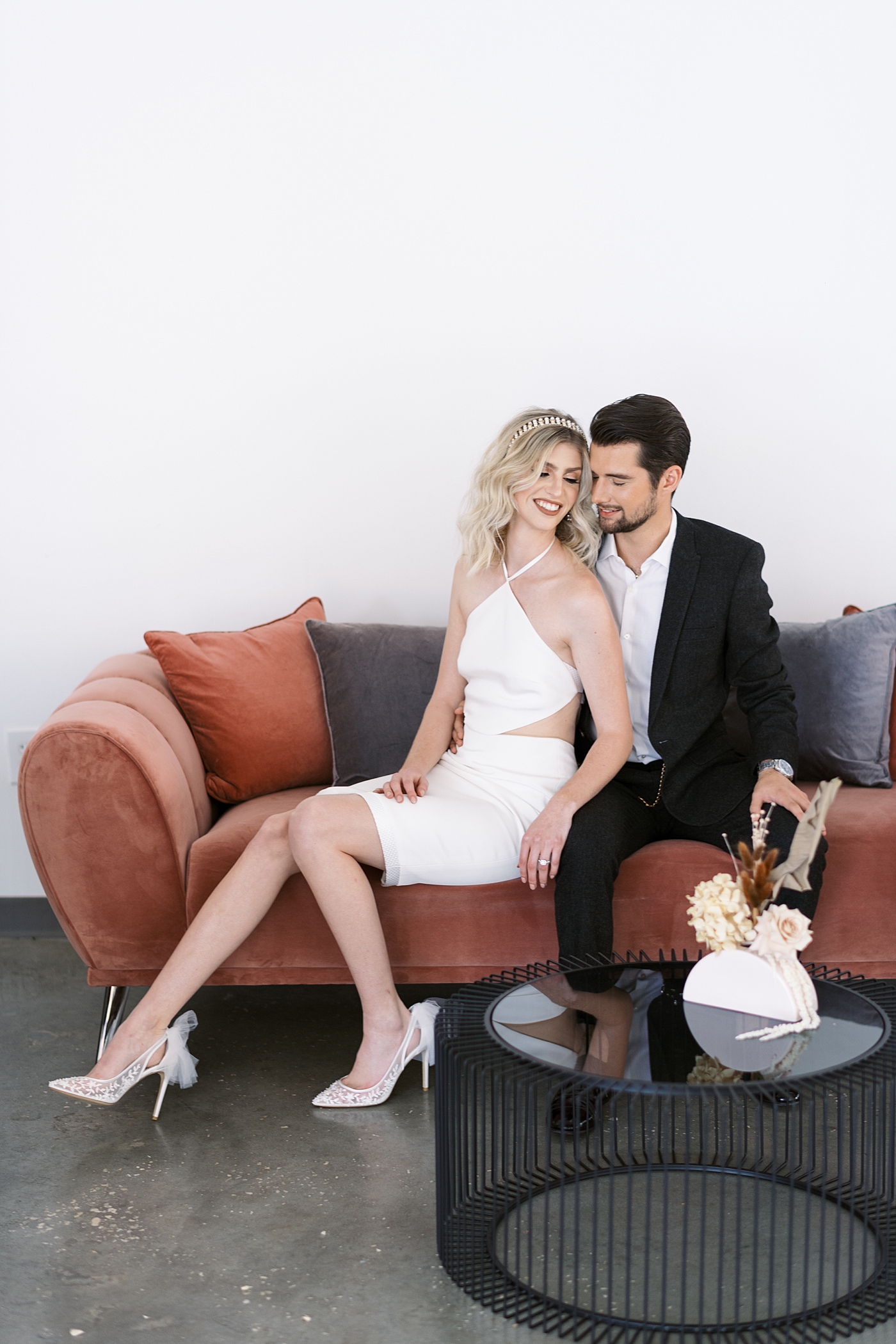 Where do I start with Emily of Treasury Rentals! Emily took one look at my mood board and knew exactly the vibe I was going for. She was such a dream to work with and even brought some extra pieces and new glassware that ended up matching perfectly with the rest of the tabletop design. 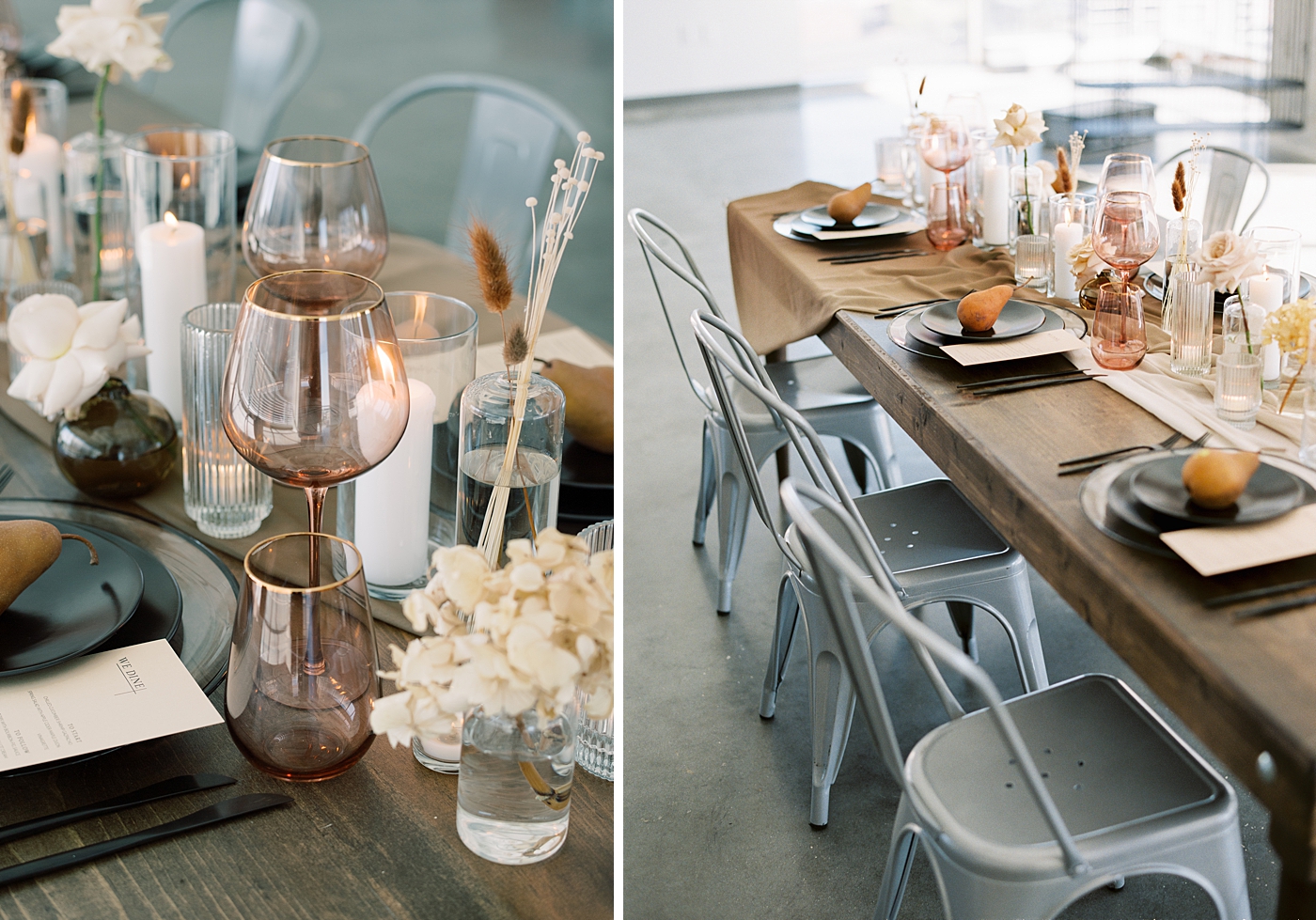 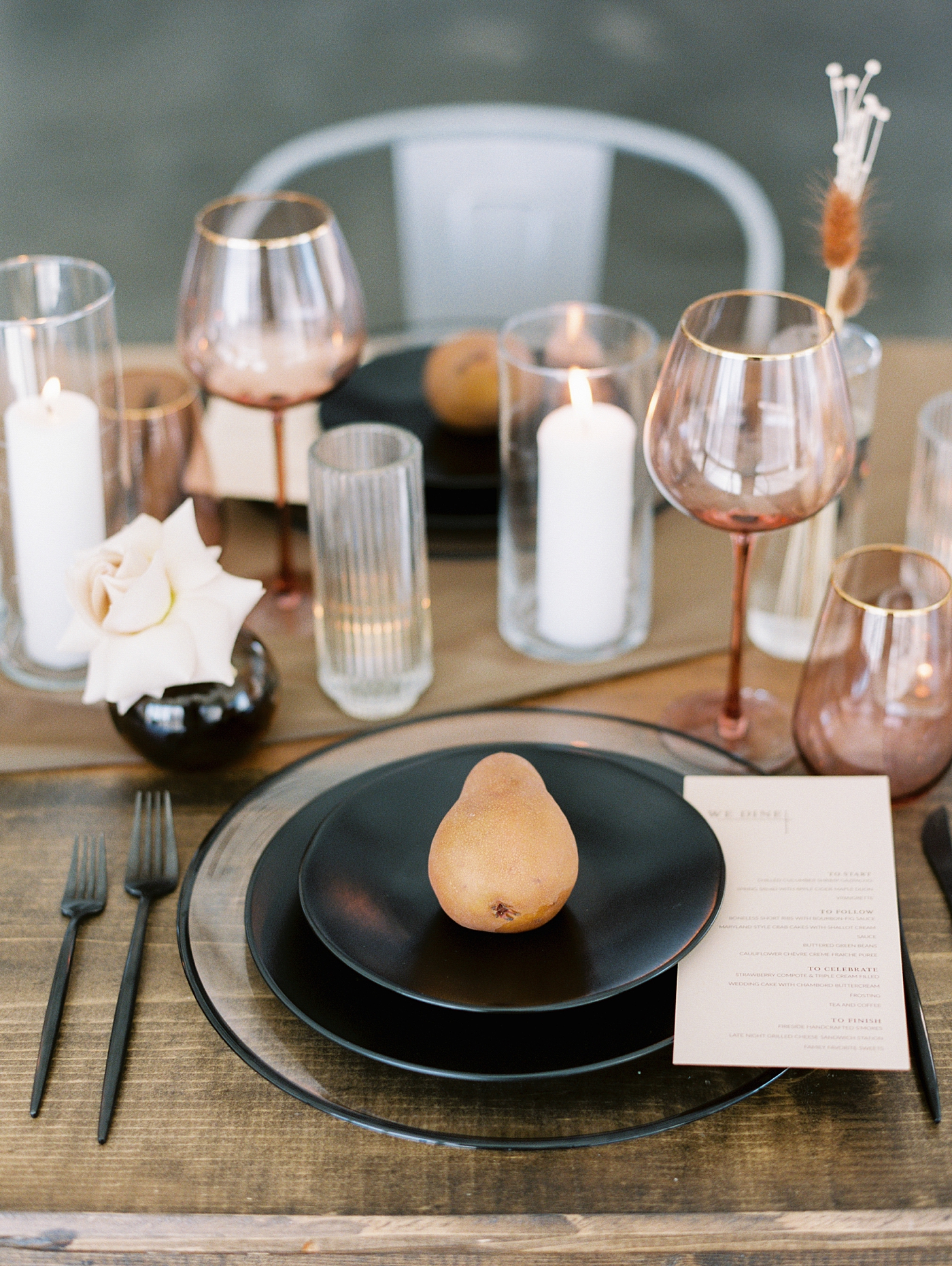 I’m not a huge flower person and I knew that from the second I began planning this shoot. I really just wanted some understated blooms with more dry pieces to give it a little bit more of an edgy elopement look. I cannot imagine having worked with anyone else to bring this idea to life than The Revel Co! Their team could tell exactly what I was going for and put together the most beautiful bouquet and pieces for the table and lounge. I couldn’t be more grateful! 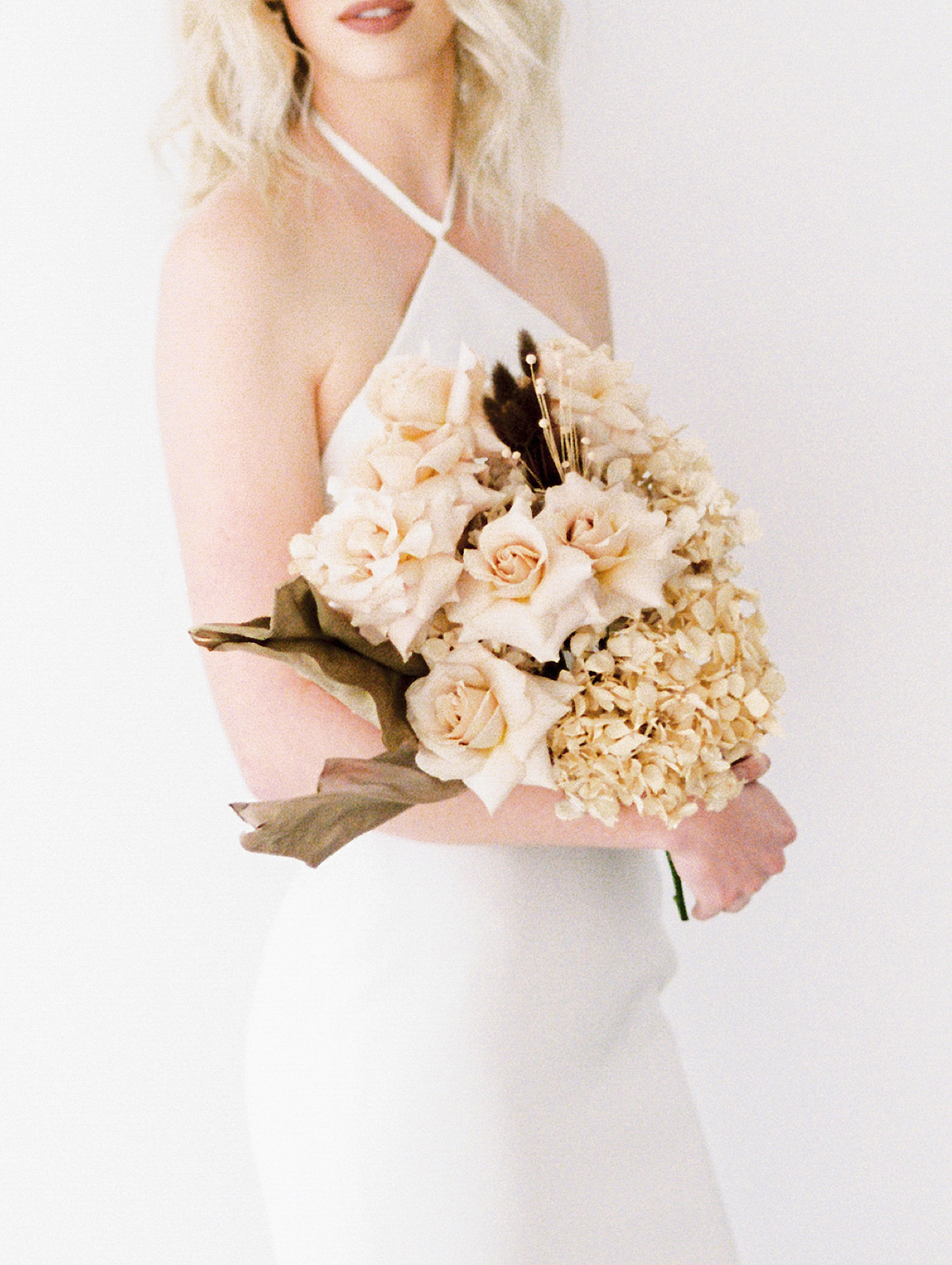 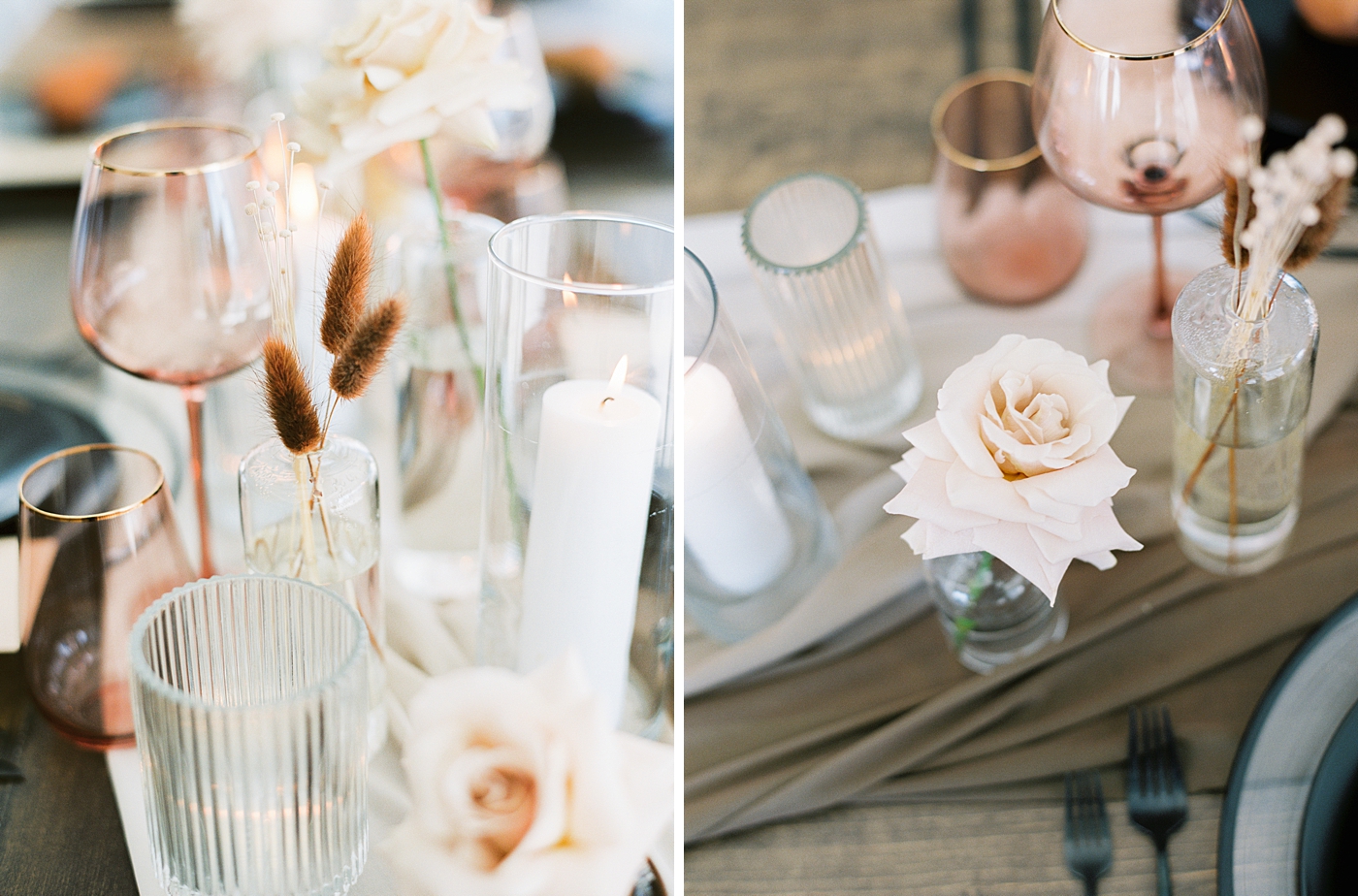 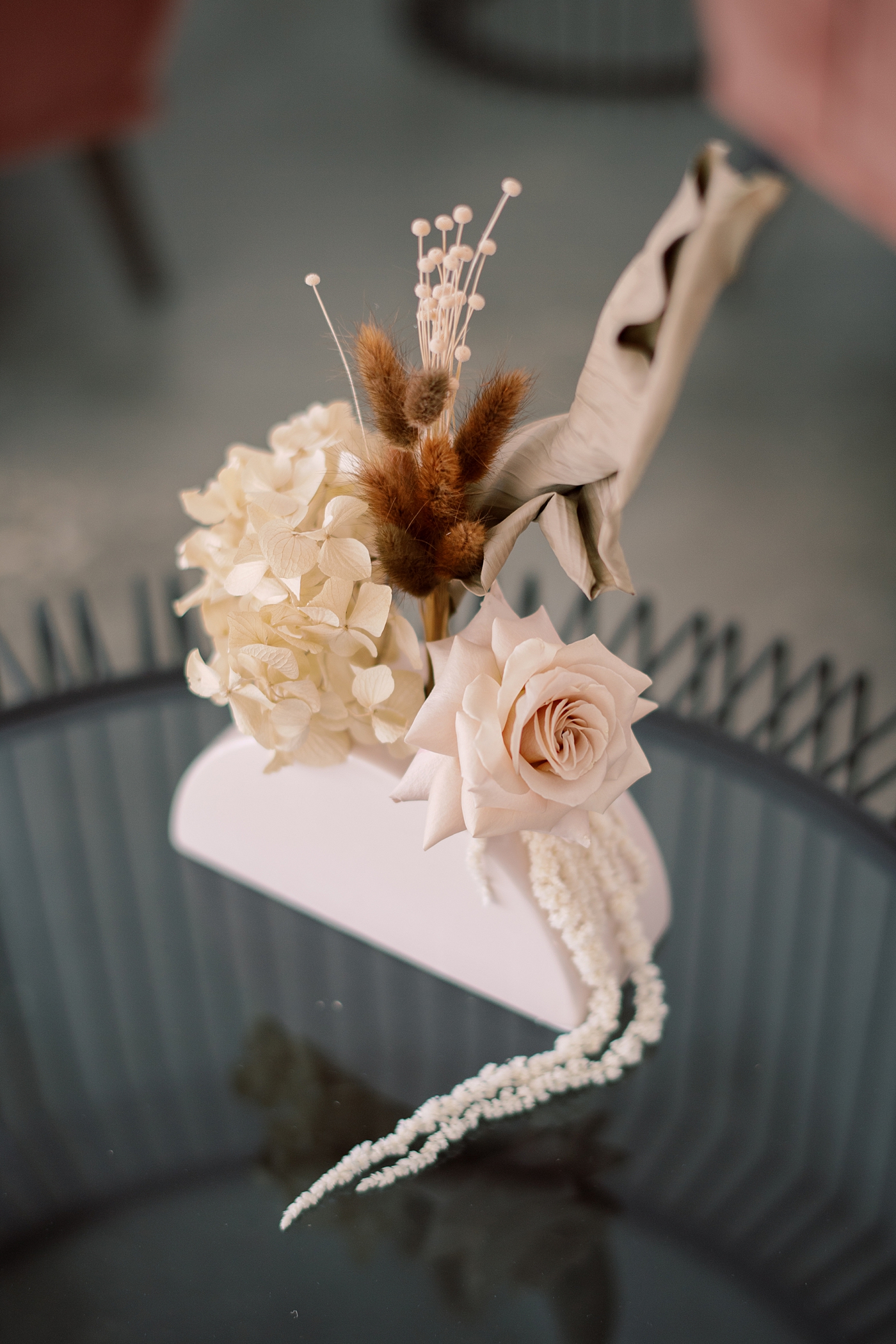 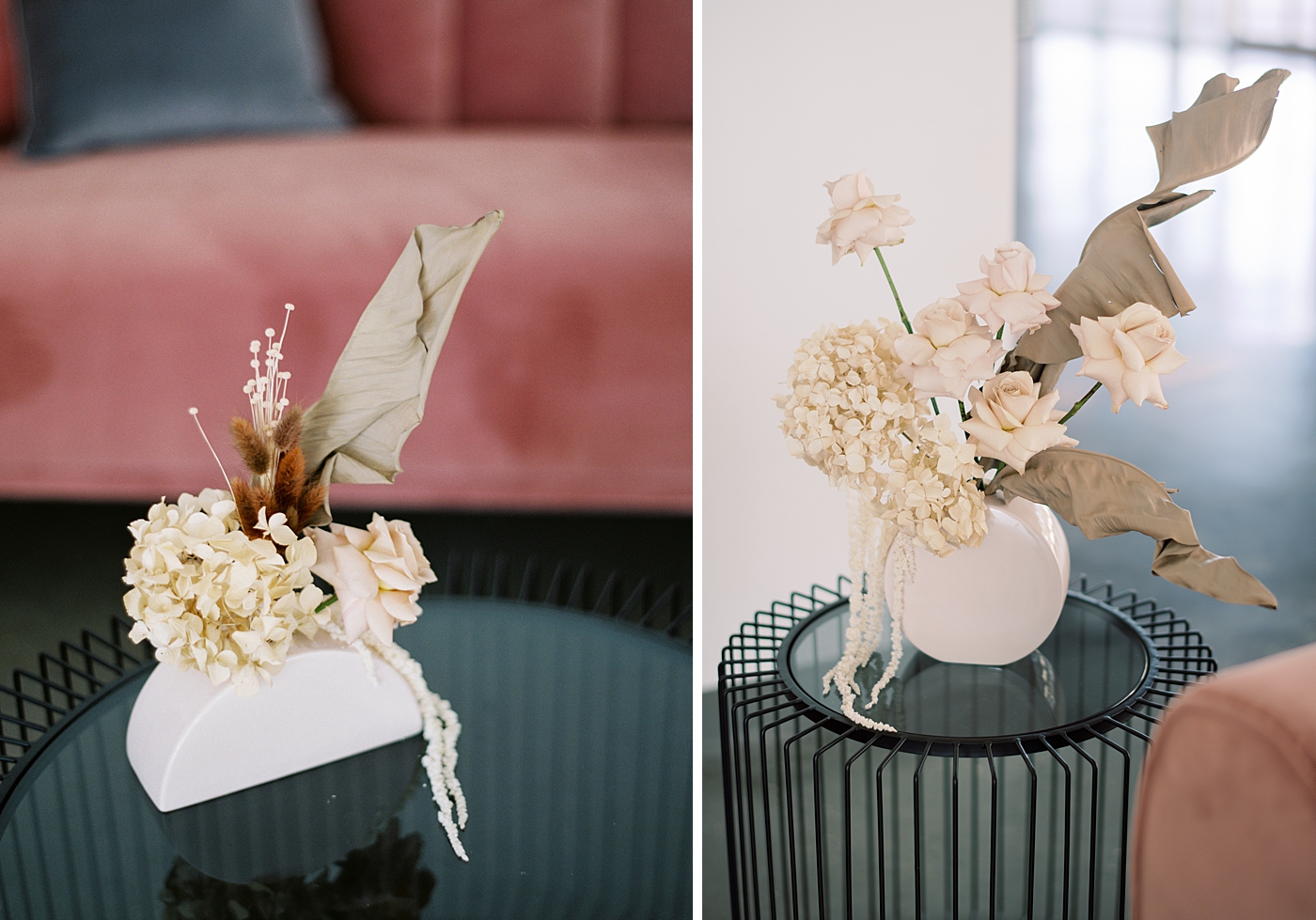 When I say they nailed it, they NAILED it! The Bridal Finery has so many beautiful dresses in their store and they knew I wasn’t looking for anything traditional. They pulled the most beautiful little white cocktail midi dress that makes its own statement and brought a subtle wedding look to this elopement shoot. Tali was so helpful during the entire process and has such a great eye for the smallest details! I couldn’t have done it without them! 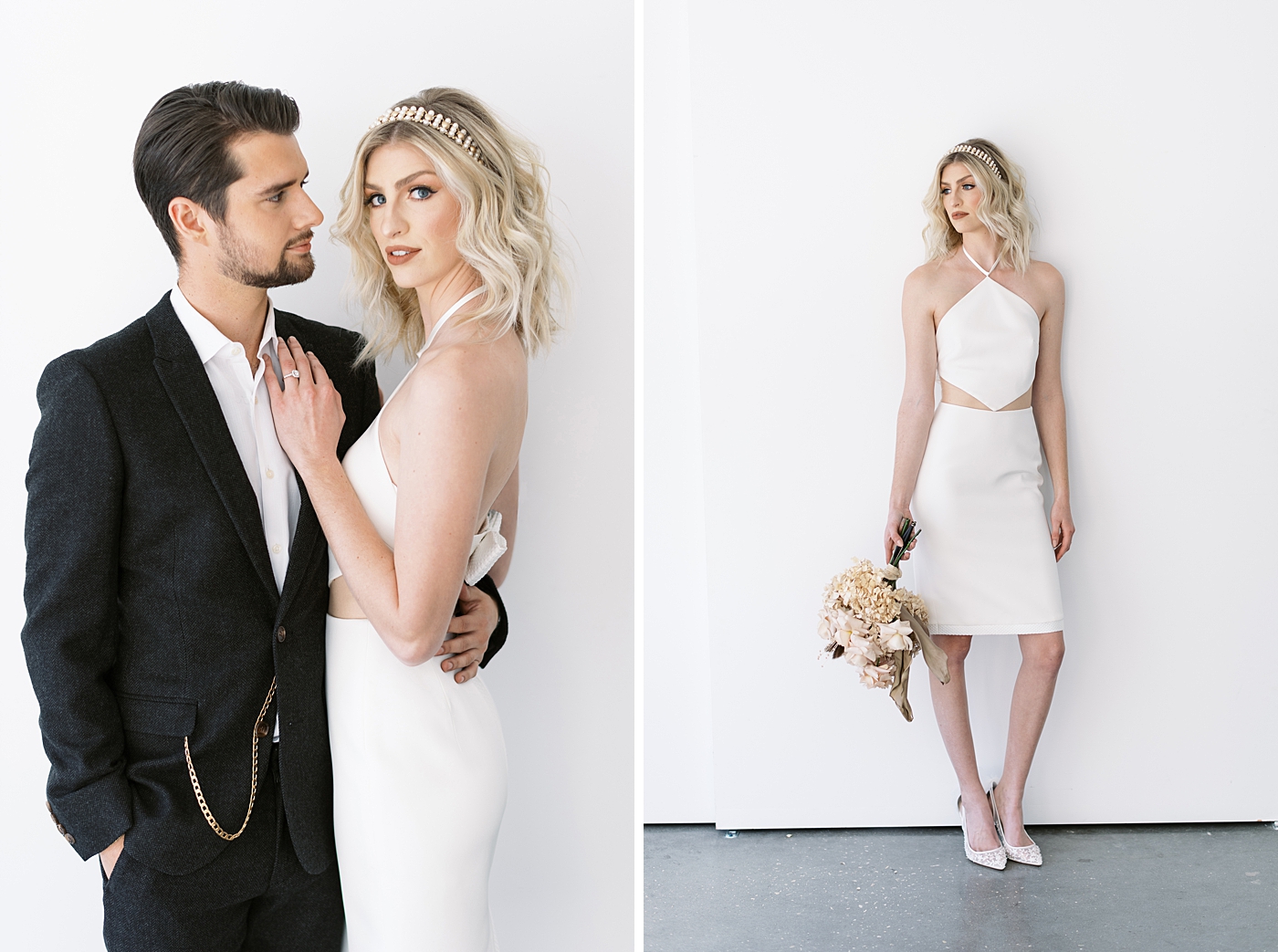 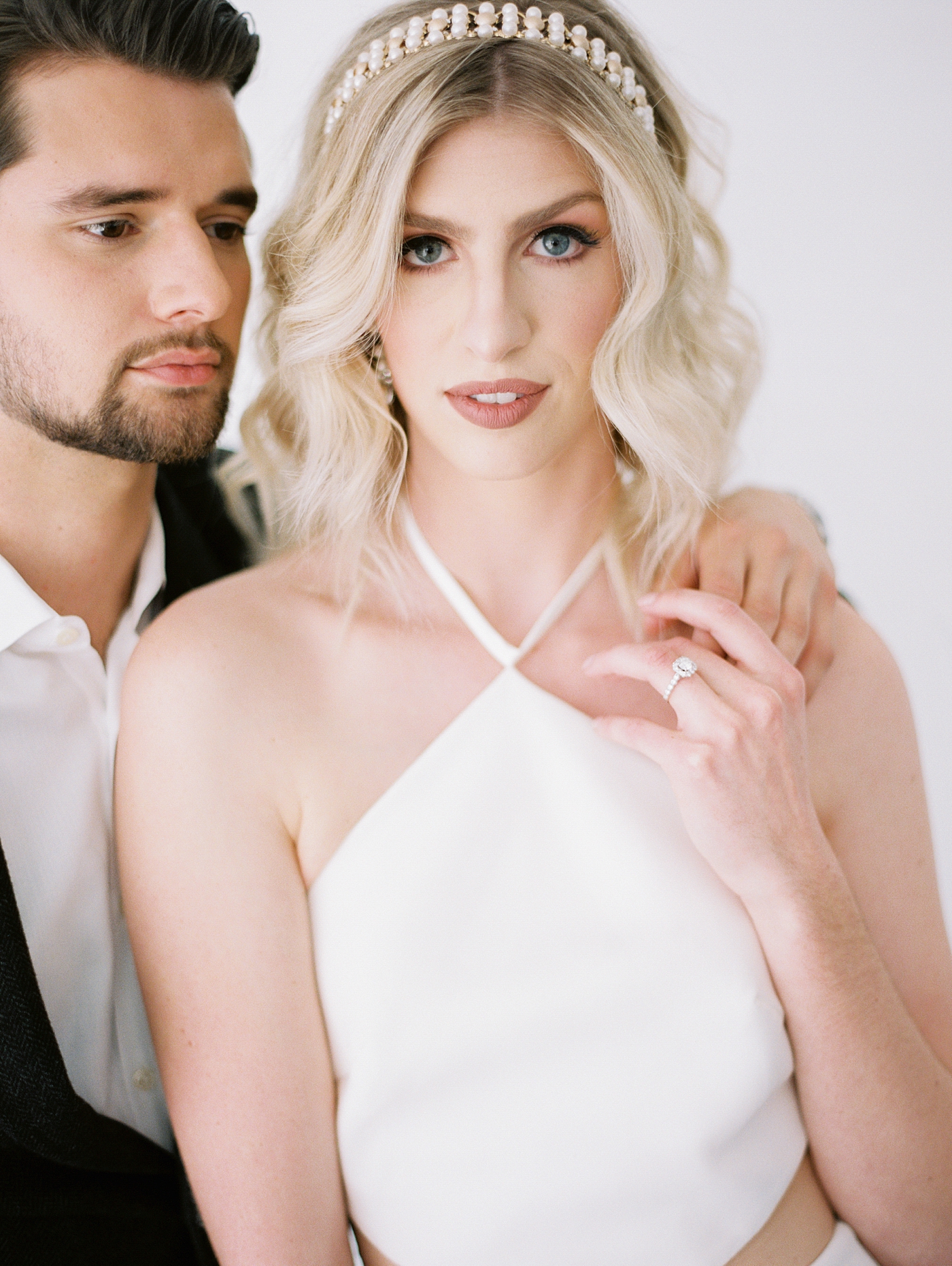 If these weren’t the cutest little desserts I’ve ever seen, then I don’t know what is! Britney with Sweets by Britney was so incredible to work with and was so patient after having to postpone. She went above and beyond with creating the perfect elopement treats when I wasn’t looking for a wedding cake. The little white candy pearls and beautiful gold dusted detail were so beautiful and added the perfect amount of pizazz. 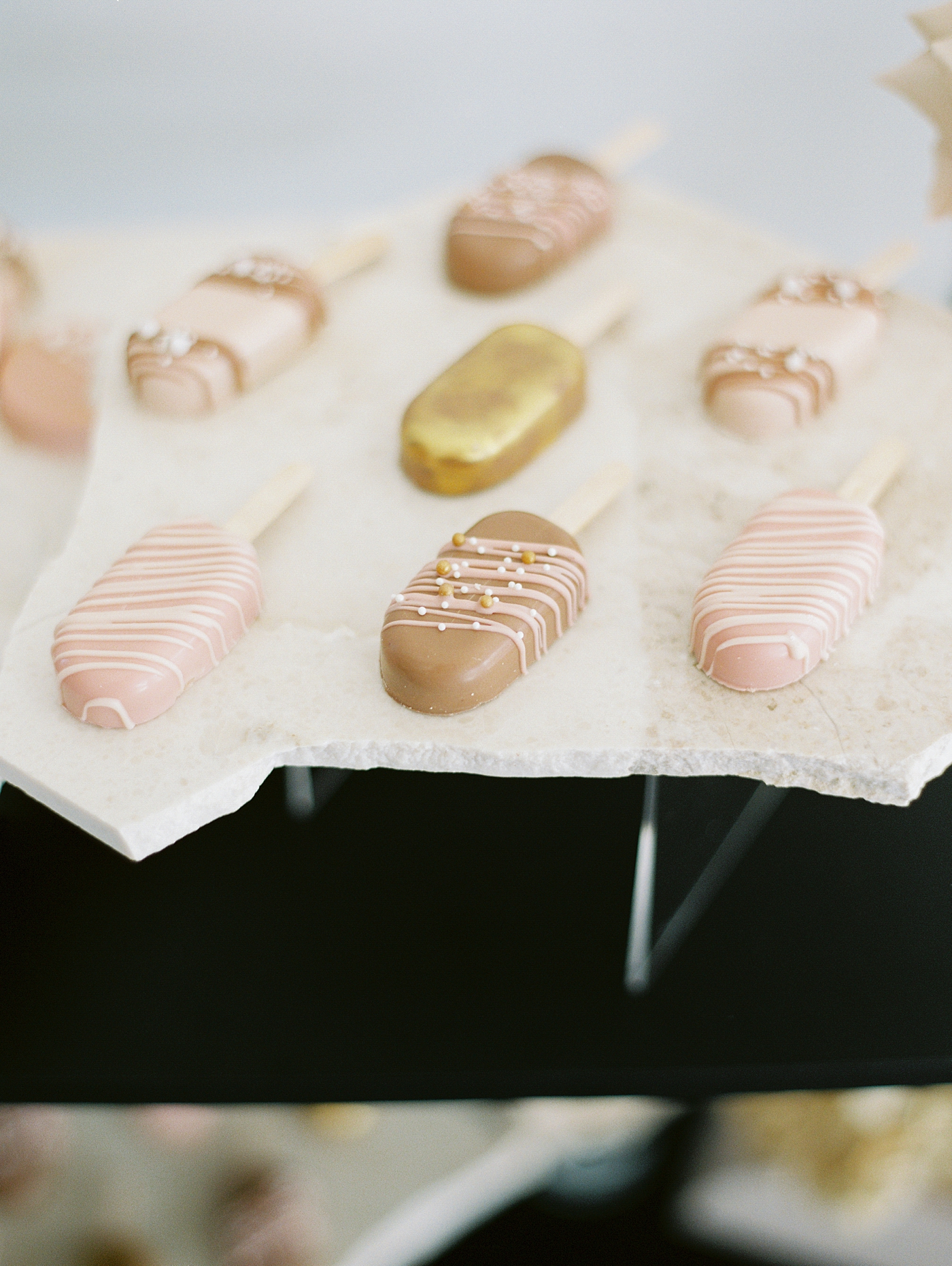 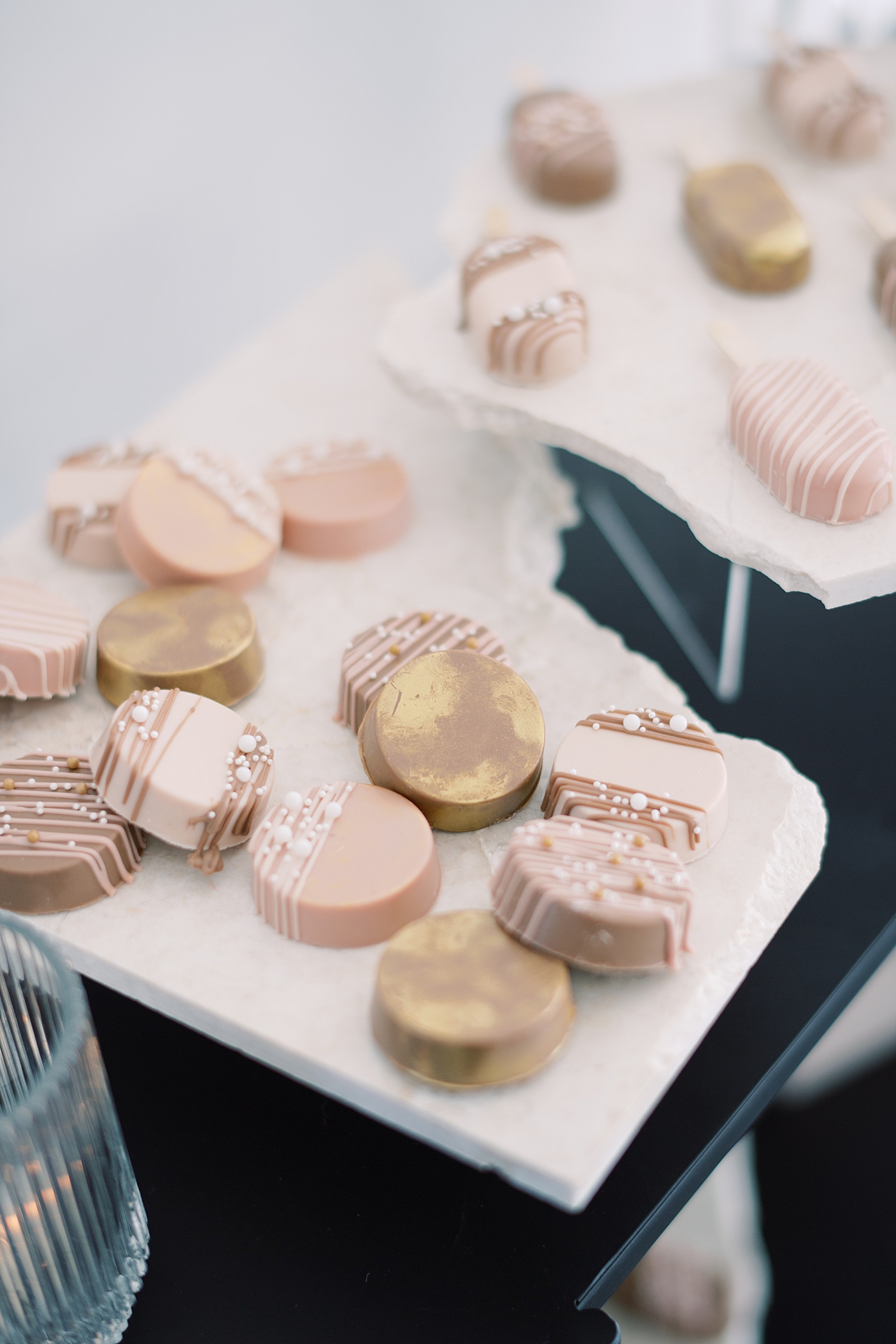 I can’t tell you how obsessed I am with my stationery from Tortoise Designs! It was so beautifully neutral and gave off all of the big city elopement vibes. Lauren was so easy to work with and created something so delicate yet edgy just by looking at my mood board. I couldn’t have asked for a better invitation suite! 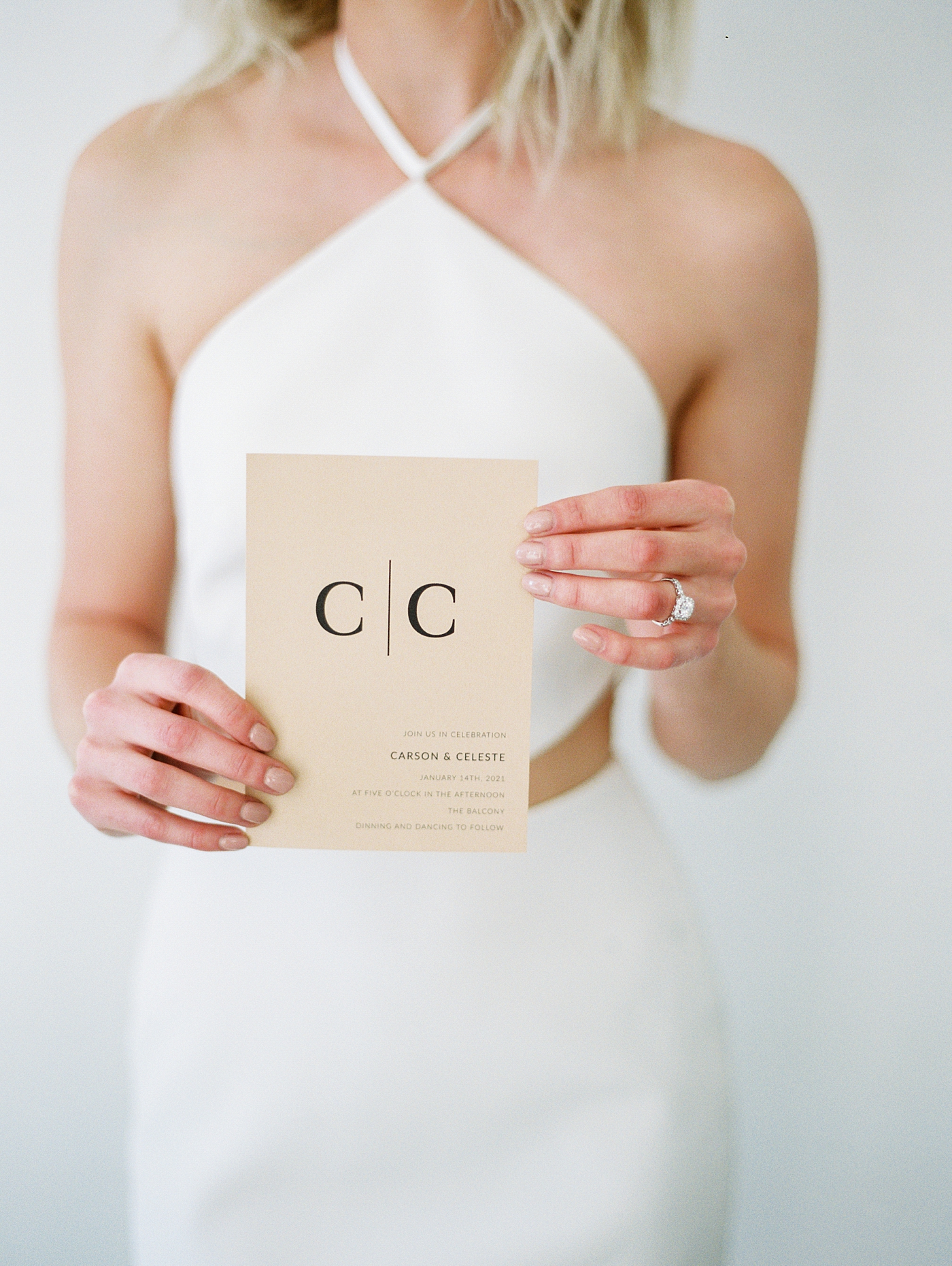 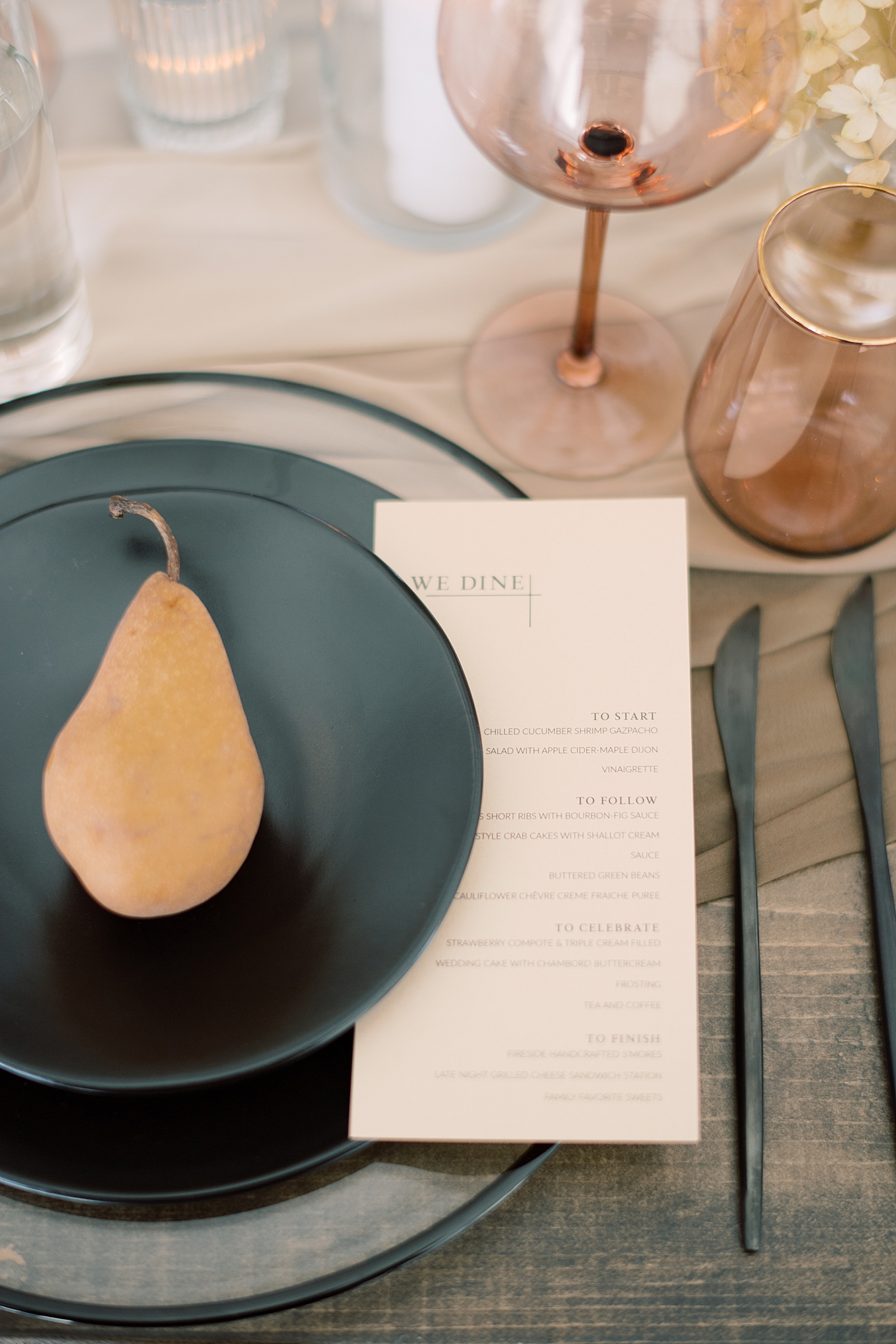 After having worked with Tiffany before on a previous shoot, I knew that I HAD to collaborate with her again on my styled shoot. She is so incredibly talented and never fails to hit the mark. She created one of the most beautiful looks I’ve ever seen and was able to change it up at the drop of a hat when we changed the model and went for another elopement look. I am so glad she was a part of this team! 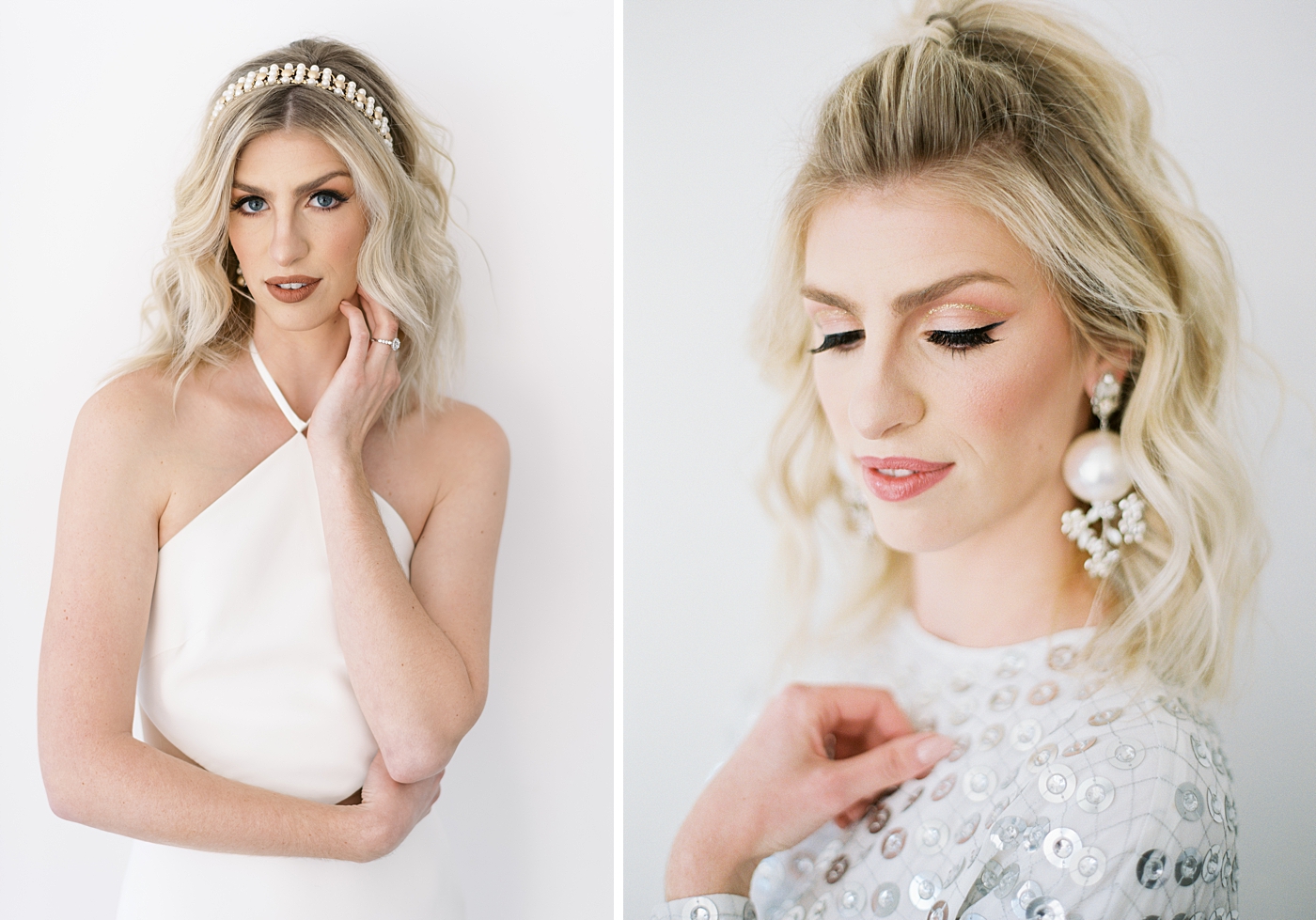 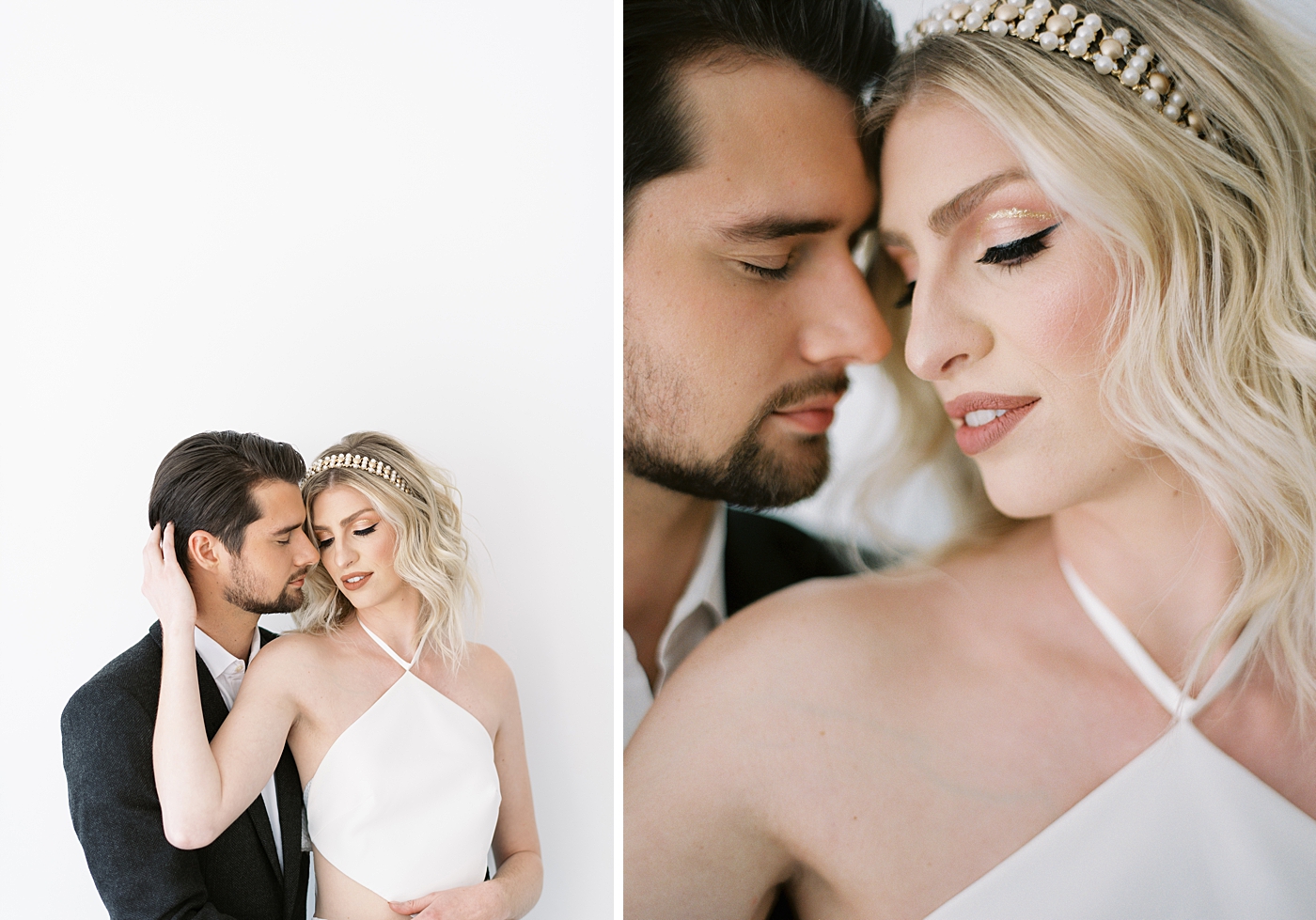 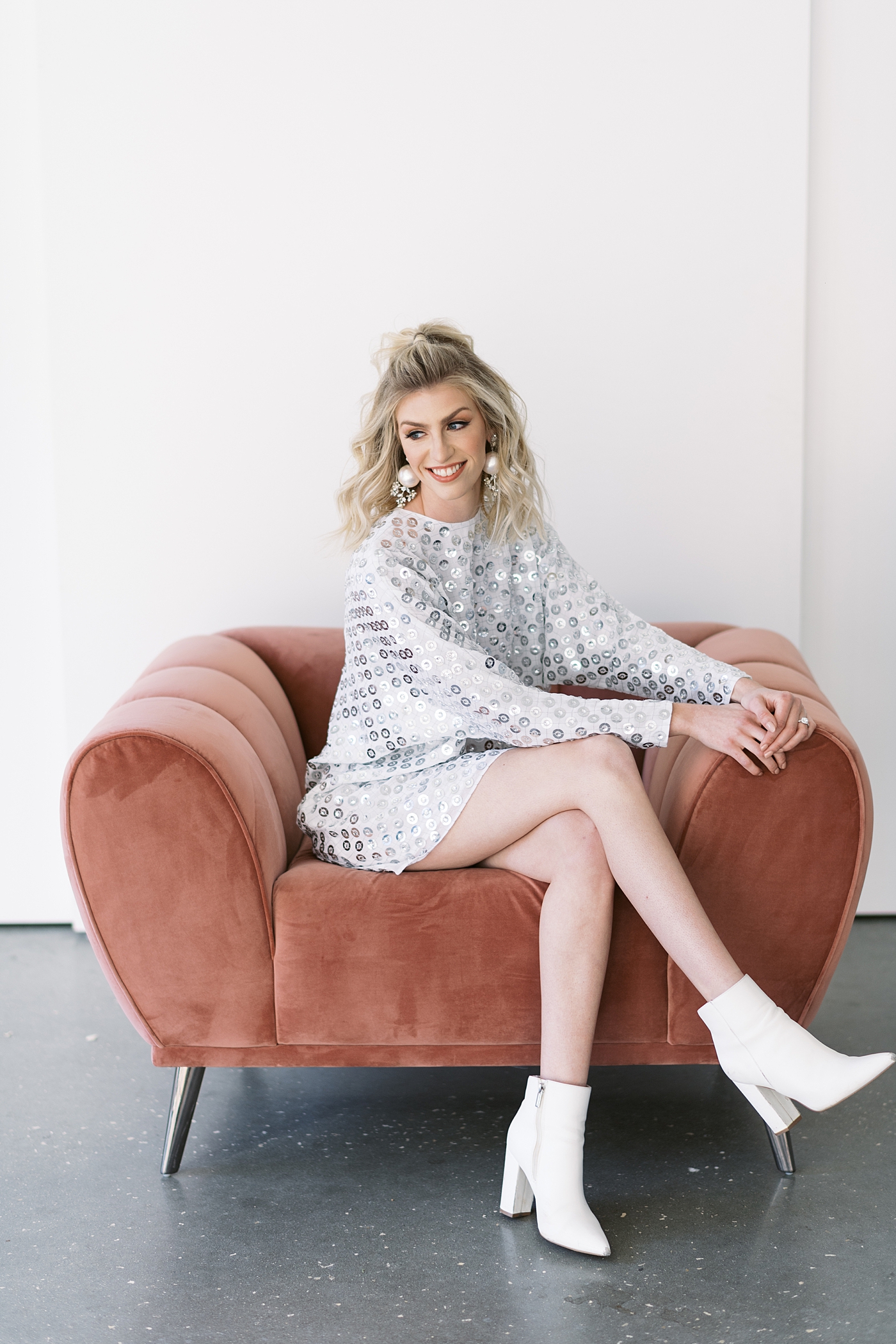 Where can I even start with Claire and Séba? These two were a lifesaver after my original models let us know that they could no longer participate just a few days before the elopement shoot. They were beautiful and their chemistry was so apparent, it shone through in the photos. The best part is that they’re a real couple and one of Kristen’s future brides! 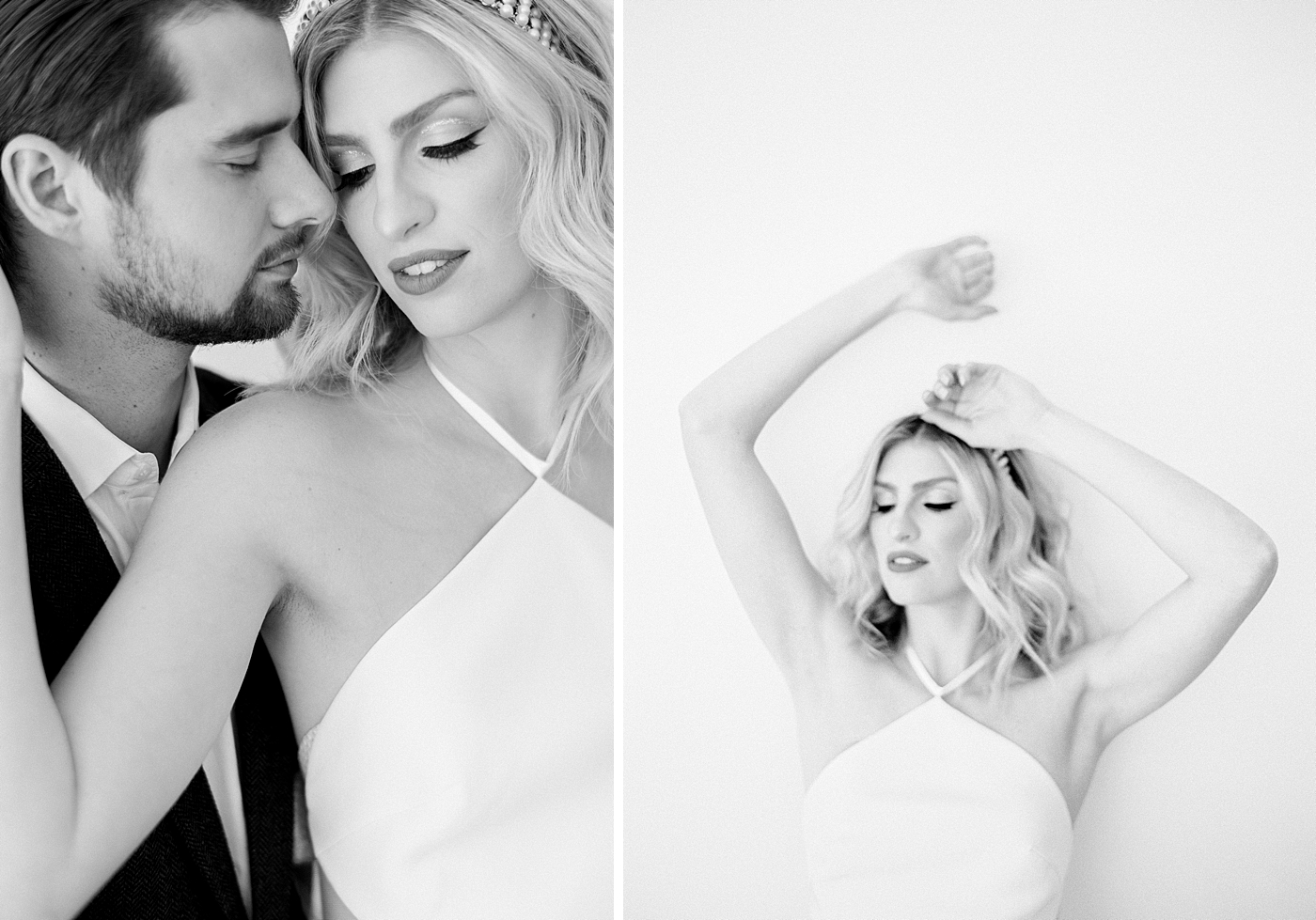 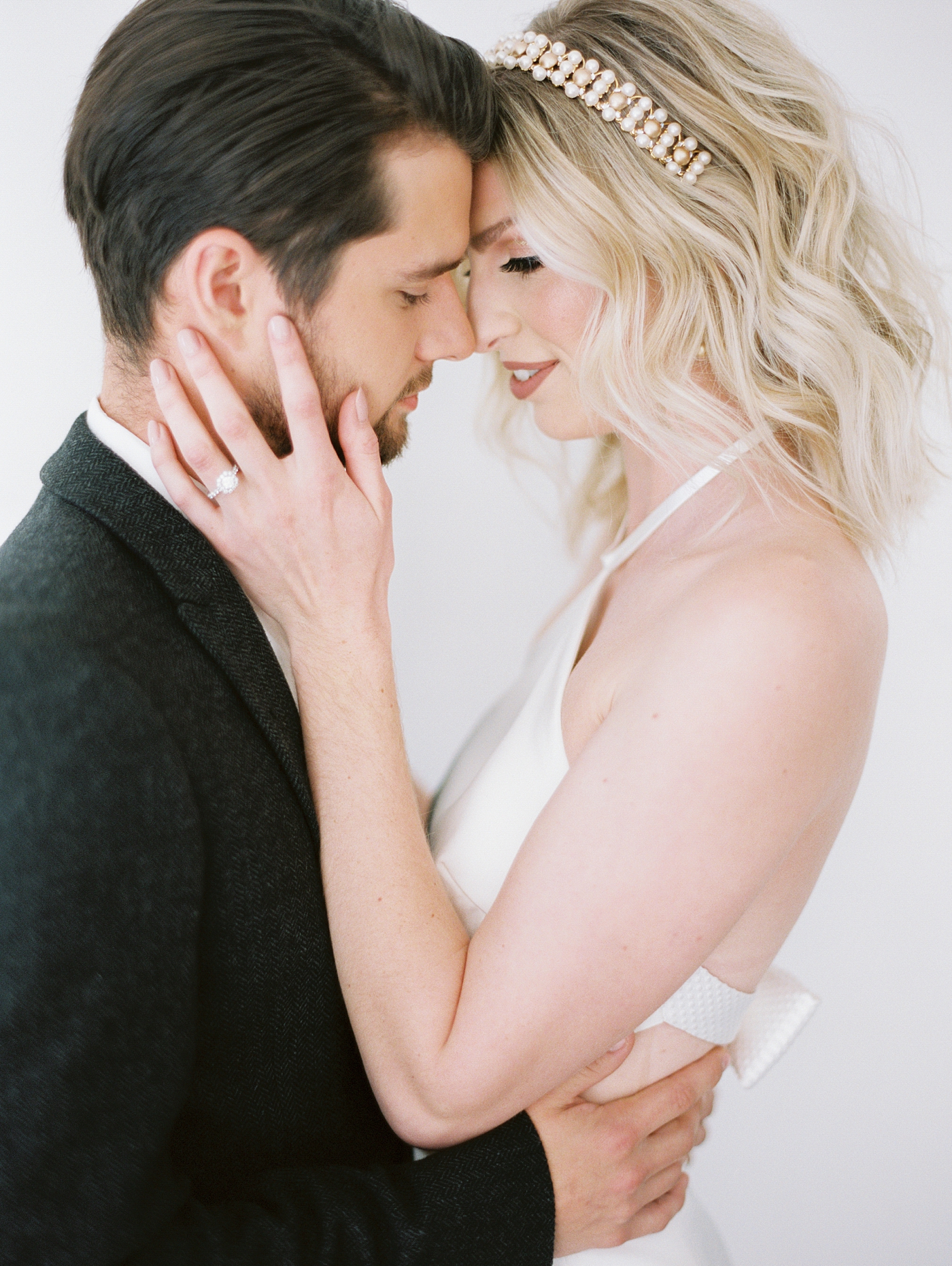 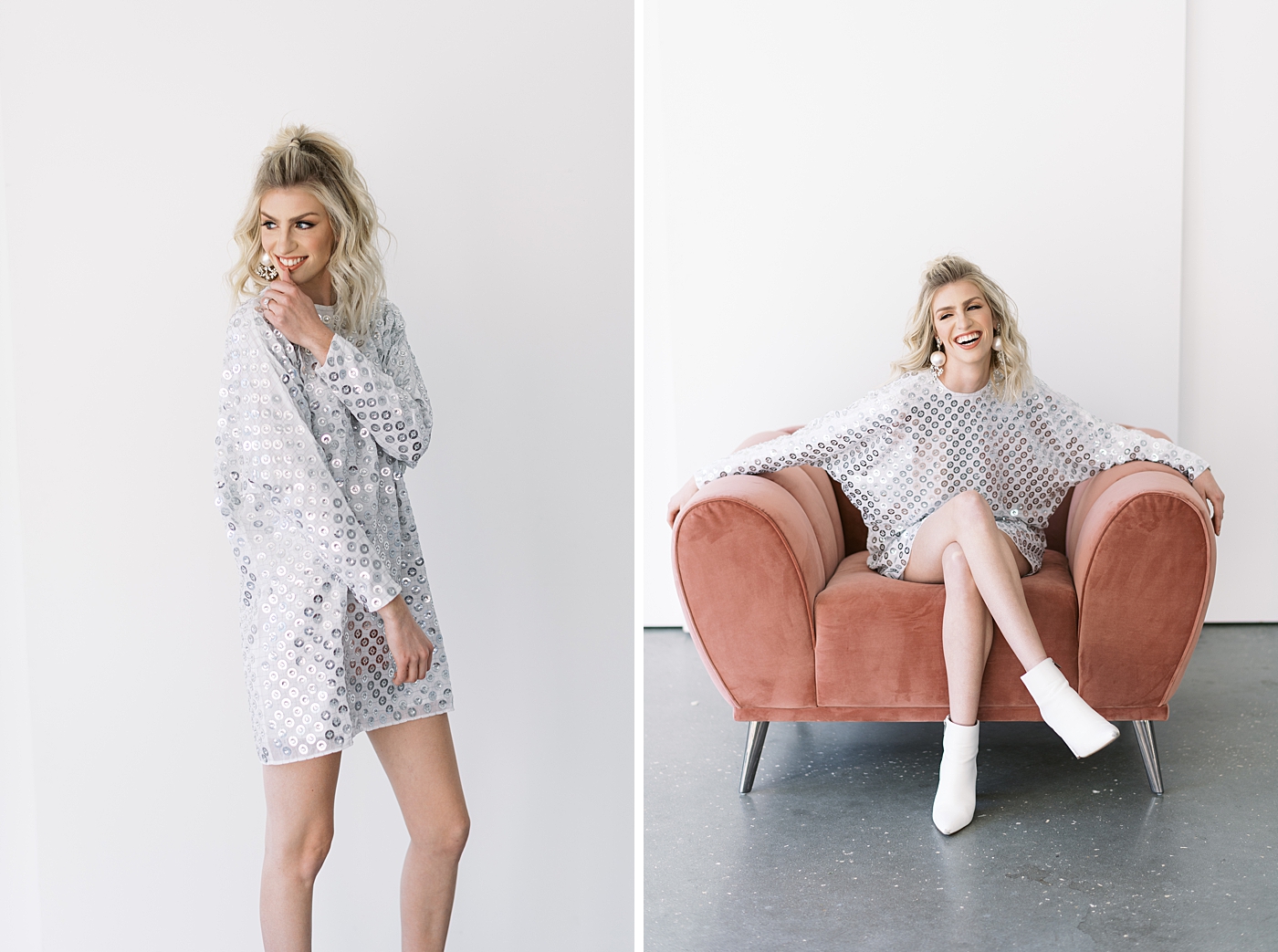 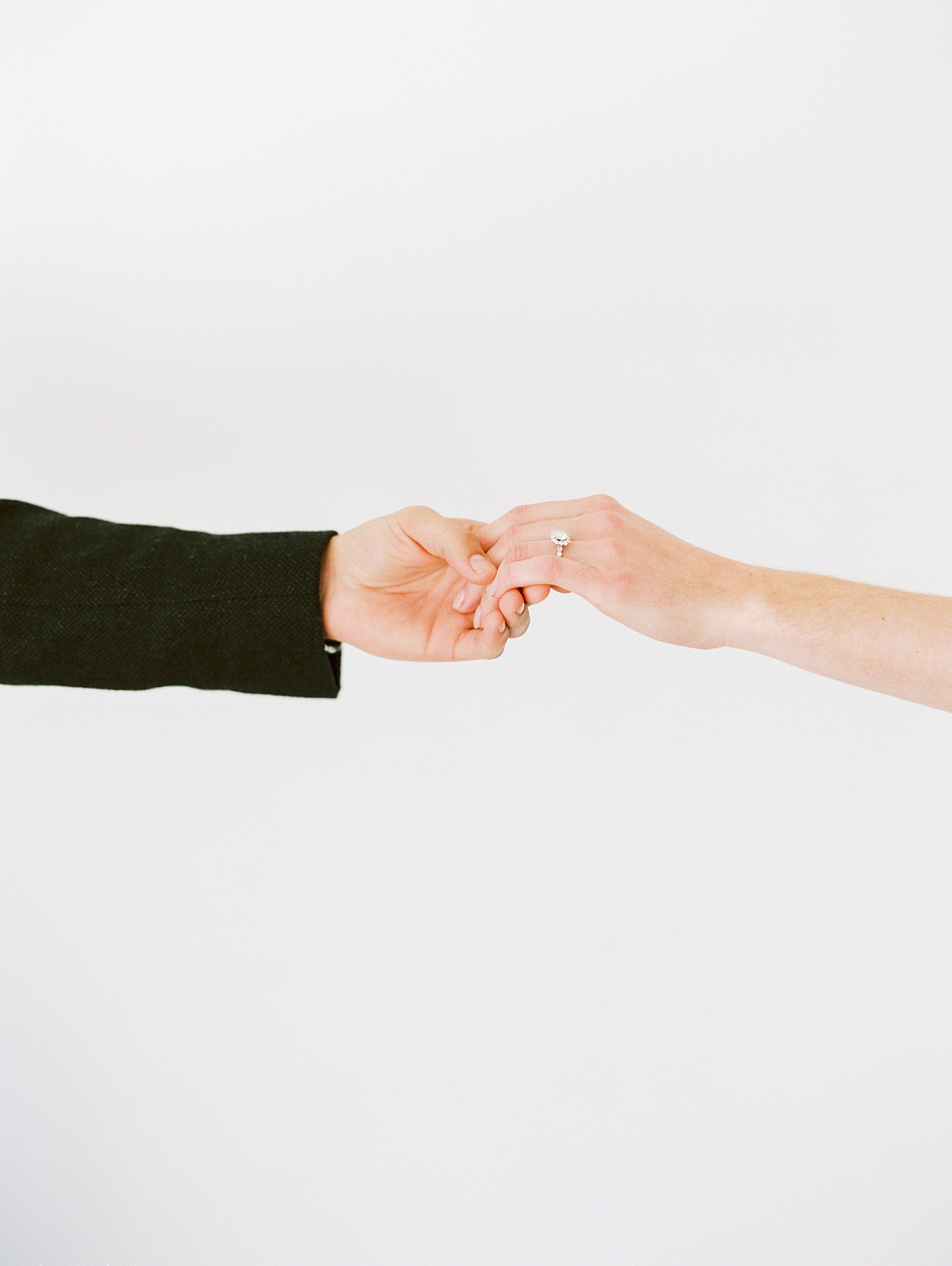